Rochelle Franco started donating regularly back in 2003 after a blood drive at Folsom Lake College kicked off an awe-inspiring streak. 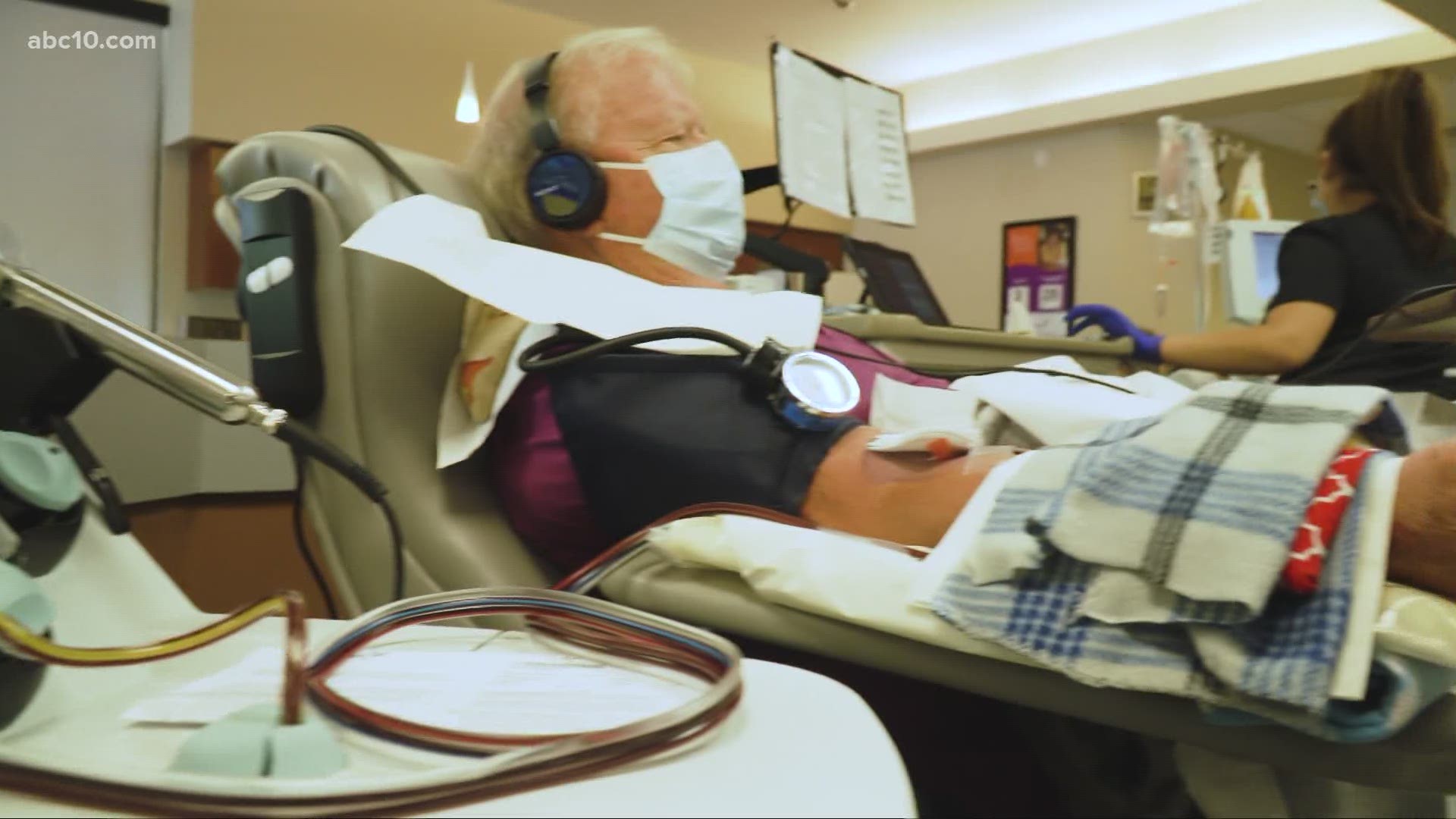 FOLSOM, Calif. — During the first week of November, Folsom Lake College shared a post on Facebook congratulating evaluator and degree auditor Rochelle Franco on a pretty extraordinary accomplishment, she donated 240 pints of lifesaving blood over the last 17 years.

"I reached my 30 gallon milestone on Oct. 31 of this year," Franco said in a conversation with ABC10.

Franco started donating regularly back in 2003, when she was actually recruited by Bloodsource (now Vitalant) to donate platelets after contributing to a blood drive at her work. Donors have to wait eight weeks in between donations to recuperate, and Franco says that was pretty much her donation cycle, too.

"For me, recognizing that I would be missing out on opportunities to donate blood if I only went to the work blood drives," Franco said. "So I started going to my local blood center and just started, you know, donating blood."

Donating blood was not always so simple. A healthy fear of needles and a first time experience at Sunrise Mall in Citrus Heights that "did not go well" colored her perception of blood donation poorly. But, in the last 17 years, Franco has only put a pause on regular donations once, when she was diagnosed with cancer in 2016.

"I never dreamed I would be the one who would have cancer, but back in 2016, I was diagnosed with cancer. Nothing that would require chemotherapy, but I think to me that's why this 30 gallon milestone was so important because in 2016 it was like the clock was stopped. You can't donate blood again until a year after your treatment," Franco said.

Blood centers are always in need of donations, but especially now with the coronavirus pandemic making large blood drive impossible. Blood components are still needed for many people, like victims of car accidents, surgery patients and cancer patients

Because of that, Franco said she's breezing pass the 30 gallon markers and heading straight for the next milestone in blood donation.

"I'm just gonna keep donating until someone tells me to stop," Franco said.