Both parties stay firm in what they believe in and will continue to fight for their message. 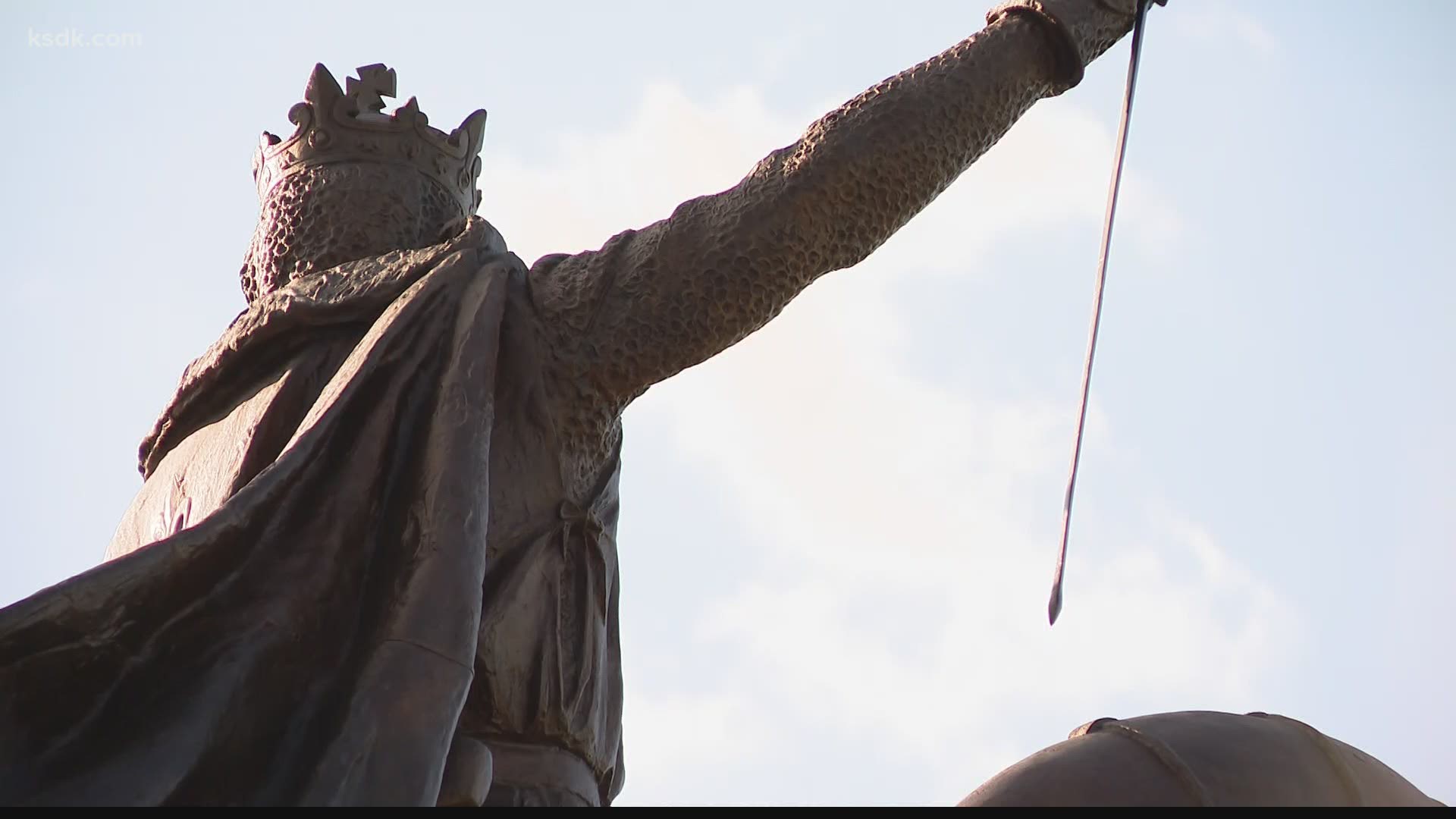 ST. LOUIS — There's been a debate over the King Louis IX statue that sits just above Art Hill.

RELATED: Protesters rally both for and against removing King Louis IX statue in Forest Park

Earlier this week, barricades were planted around the statue.

Some want him to stay and others want him gone.

On Sunday evening, Rosary in hand, knees planted on the ground, prayers were sent to heaven.

This has been the scene for the past three weeks.

Conor Martin has been here almost every night and says, "There are some people who have not missed a single night."

Some are begging for the French king to stay.

RELATED: 'We should not seek to erase history' | St. Louis Archdiocese responds to calls to remove King Louis IX statue

Martin explains, "He'd welcome the poor and clean their feet for them and reformed the justice system. He funded the arts and built libraries and schools."

He also adds, "I understand there is controversy and I am open for discussion there, but to ignore all the good things that Saint Louis is ridiculous in my opinion."

Mayor Lyda Krewson been has been against removing the statue in Forest Park.

She says it won't change the root of our problems.

Others want him gone.

Activist Umar Lee is apart of a campaign to take down the monument.

"Louis IX was no saint. We don't need a religious monument in our park."

He suggests to move it to a church or the Archdiocese property.

His biggest concern with the statue? The king's past.

He says history shows hate and persecution against Muslims and Jews.

But Lee also worries that the opposing group has White Nationalists.

"They have not acknowledged the extremism on their side of the fence," Lee adds.

Martin says this isn't true, "In reality, we're just Catholics, who want to pray for our faith."

A few weeks ago things even got intense near the statue after a protest.

Martin getting hit in the head.

"I had a concussion, the doctor said it'd be a month to recover," Martin adds.

On Sunday evening, Lee came to make sure things were safe after rumors unraveled.

"A group of defenders of Louis IX said online they were going to violently attack the interfaith prayer rally," Lee tells 5 On Your Side.

Martin and others were also worried about their safety. But everything remained peaceful Sunday evening.

Lee even took to Twitter Sunday night calling it a great success.

We have to look tonight as a great succes. Catholic worshipers gathered at the Monument to pray and the sprinkling of White Nationalists remained quiet. The interfaith prayer vigil occurred peacefully as well. Let us move forward with the debate on Louis IX in this same manner.

Both parties stay firm in what they believe in and will continue to fight for their message.

"We will continue until the statue remains or diplomatically taken down," Martin says.

RELATED: Andrew Jackson statue to be removed in Mississippi city named for him