Former Clayton police officer accused of spying on his neighbors 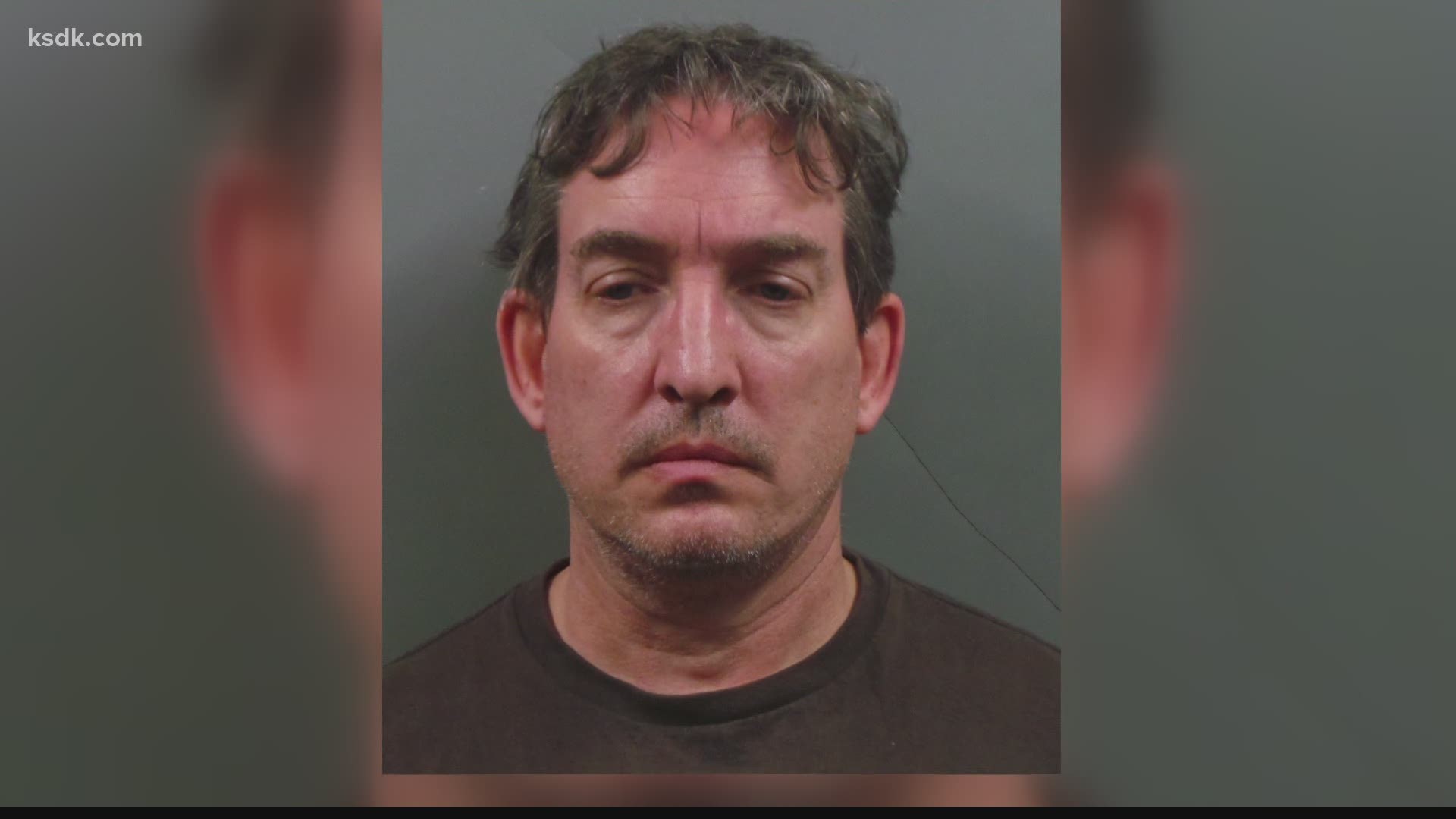 CLAYTON, Mo. — A former Clayton police officer once lauded by the high school newspaper as a mentor has been charged with a felony after St. Peters police say he planted a surveillance camera on his neighbor's house to watch them get dressed.

And according to court documents, his police uniform served as the linchpin police used to connect him to the crime.

John Zlatic, 51, of St. Peters resigned from the Clayton Police Department in December after 21 years on the force. St. Charles County prosecutors charged him with one count of invasion of privacy on May 25. His divorce was finalized this month.

Clayton police released a statement to 5 On Your Side this week saying the department removed Zlatic from active duty once it heard from St. Peters police, and Zlatic resigned the next day.

The victims in the case could not be reached for comment.

“I've gotten to know John and his family and he just seems like such a stand-up guy that this just seemed like this would be very out of character for him to do anything like this,” Noble said. “I know that he served honorably with the Clayton Police Department for years.

"He was a decorated officer. He's very well-respected in the law enforcement community with no history of anything like this.”

In 2011 and again in 2015, the Clayton High School newspaper, The Globe, profiled Zlatic. At the time, he was serving as the school resource officer there. In the 2011 piece titled, “John Zlatic: the Soldier, the Detective, the Mentor,” he mentions that Clayton High School is his alma mater, that he served as a linguist for the military in Afghanistan and Iraq. The newspaper reported that he became the school’s resource officer after serving eight years with Clayton police.

But on Dec. 1, 2019, Zlatic’s neighbors in St. Peters found a small surveillance camera on an outside window ledge propped up on a small plastic clamp. It was pointed into the closet and bathroom of the home under a small opening where the inside window shades didn’t fully cover the window, according to court documents obtained by 5 On Your Side.

The victims called St. Peters police, who then sent the video camera and a micro SD card for analysis. Police found multiple clips of the victims, a husband and wife, along with their toddler-aged son. The couple was filmed dressed and undressed.

There was also a video clip that showed a manicured backyard lawn and walking path and it appeared the camera was set on a landscaping wall. A still image on the camera showed a white man wearing glasses that was recorded at the corner of the victim’s house and Zlatic’s home could be seen in the background, according to court documents.

Police say the video showing the walking path was taken while the camera was resting on Zlatic’s back porch, according to the documents.

Another still image showed a forearm and wrist of a white male, the arm of a tan couch, the base of a wrought iron-like lamp, a round item, possibly a fan, and a picture in the distance, according to the documents.

St. Peters detectives tried to speak to Zlatic at his home Dec. 13, but there was no answer. While standing at the front door, officers saw the lamp and tan-colored couch captured by the surveillance images, according to the documents.

Detectives returned to Zlatic’s house on Dec. 18, 2019, but he did not answer, according to the documents.

Police also got a DNA profile from the plastic clamp that was used to prop the camera on the window ledge, according to the documents.

St. Peters detectives contacted the Clayton Police Department, which removed Zlatic from active duty within 24 hours of learning about the “credible allegation” from St. Peters police, according to a statement the department.

“The alleged behavior by the former officer in question is unacceptable, especially for a police officer with public trust…We have been cooperating fully with the St. Peters Police Department in their investigation,” according to the statement.

That cooperation included allowing St. Peters police to look for Zlatic’s DNA on his belongings at the department. Investigators seized his police uniform shirt and vest carrier and found his DNA profile matched the profile found on the plastic clamp that held he camera in place, according to court documents.

Police also searched Zlatic’s home, where they found the picture seen in the footage on his wall, the wrought-iron-like lamp and the tan couch, according to court documents.

Just because police found Zlatic’s DNA on the camera does not prove that he put the camera there, according to Zlatic’s attorney.

“Proving he’s the one who put the camera there will be a stretch for them, but we’ll see,” Noble said.

Zlatic was issued a summons in the case. His next court appearance is set for September.

Meanwhile Clayton police officials also say they have opened an investigation into Zlatic’s record, “which is warranted given the circumstances,” according to the department’s statement.

“At this time, we have discovered no evidence of any wrongdoing, other than the specific allegation under investigation by the St. Peters Police Department,” according to the statement. 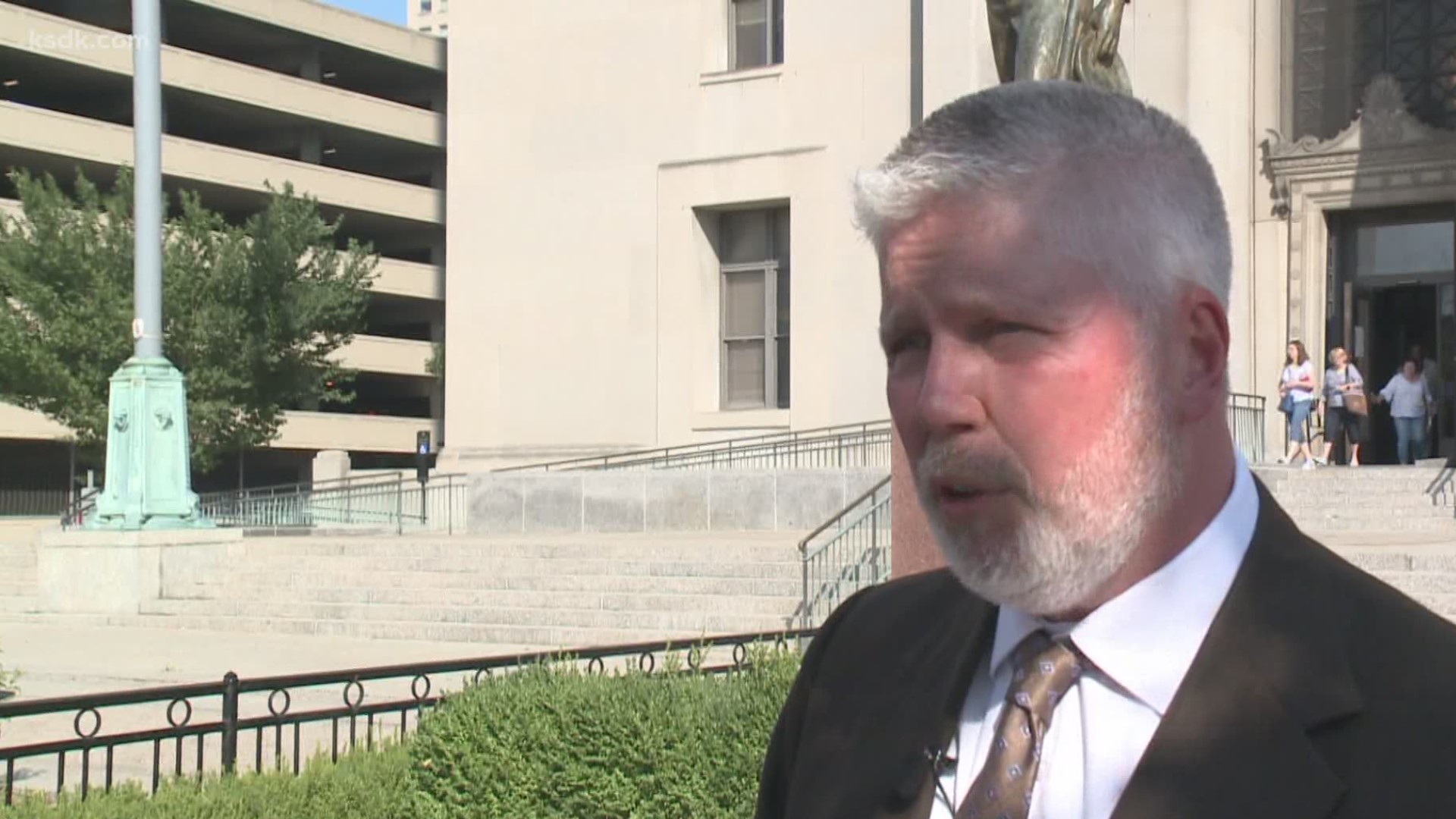 RELATED: Gov. Parson says Missouri is not in second wave, has no plans to close state again