Her attorney says, "Erby's alleging she was fired for insisting on compliance and disclosing violations on the County on minority contracting ordinance" 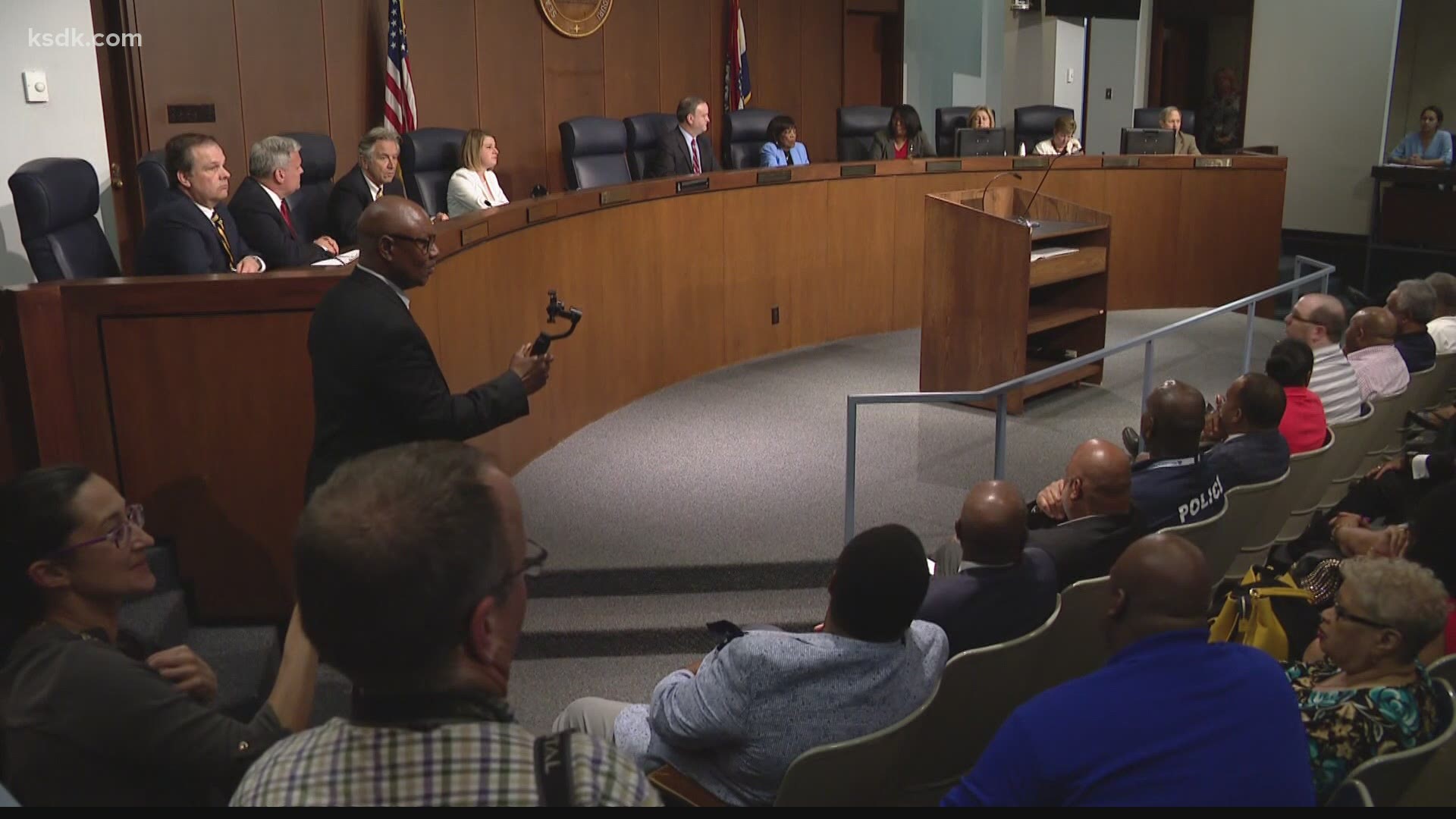 ST. LOUIS COUNTY, Mo. — On Aug. 18, longtime St. Louis County councilwoman Hazel Erby tweeted she was fired and said, 'I will not be silent.'

She is suing St. Louis County and demanding a jury trial.

Her attorney Josh Pierson says, "Erby's alleging she was fired for insisting on compliance and disclosing violations on the County on minority contracting ordinance. The lawsuit is formally brought under Missouri's Public Employee Whistleblower statue."

Pierson says under this statue, it's unlawful for a government agency to fire an employee for disclosing violations.

After being on the County Council since 2004 and making history as the first African American female to serve on the council, she resigned last year to be Director of Diversity, Equality and Inclusion.

"When she took this job, she took it with the desire to continue advocating for this community," Pierson adds.

It requires bidders on County projects to employ a number of minority- and women-owned businesses.

He says his client put pressure to make sure this happened.

"From what we understand, County Executive Dr. Sam Page and his government was never very receptive to her insistence," he says.

The lawsuit says, the county accepted bids from contractors who did not comply with the M/WBE's requirements.

The morgue took a week and a half to build.

Pierson says some of the contracts could have been before this law passed, but not all.

"Those new contractors especially would be required to meet the minority requirements for subcontracting or demonstrate their good faith efforts to do so," he says. "After that, Dr. Page removed her from her duties and fired her after."

Back in August, Page says, they were looking for more focus in the department and the ability to accomplish even more.

Due to pending litigation, his office won't comment on this lawsuit.

But for Erby, she's hoping to be heard.

"It allows her to recover damages, so loss wages, loss benefits, emotional distress. We've also asked for the court equitable relief to potentially reinstall her job back," Pierson says.

Something to keep in mind about Erby's lawsuit, it comes just a few weeks before the election and Erby backed Jake Zimmerman in the primary.

Recently, there was another lawsuit against St. Louis County.

Lieutenant Colonel Troy Doyle filed a racial discrimination suit, alleging Page passed him over for police chief because he is Black.

RELATED: 'It was a missed opportunity' | Some area leaders not happy about choice for county executive