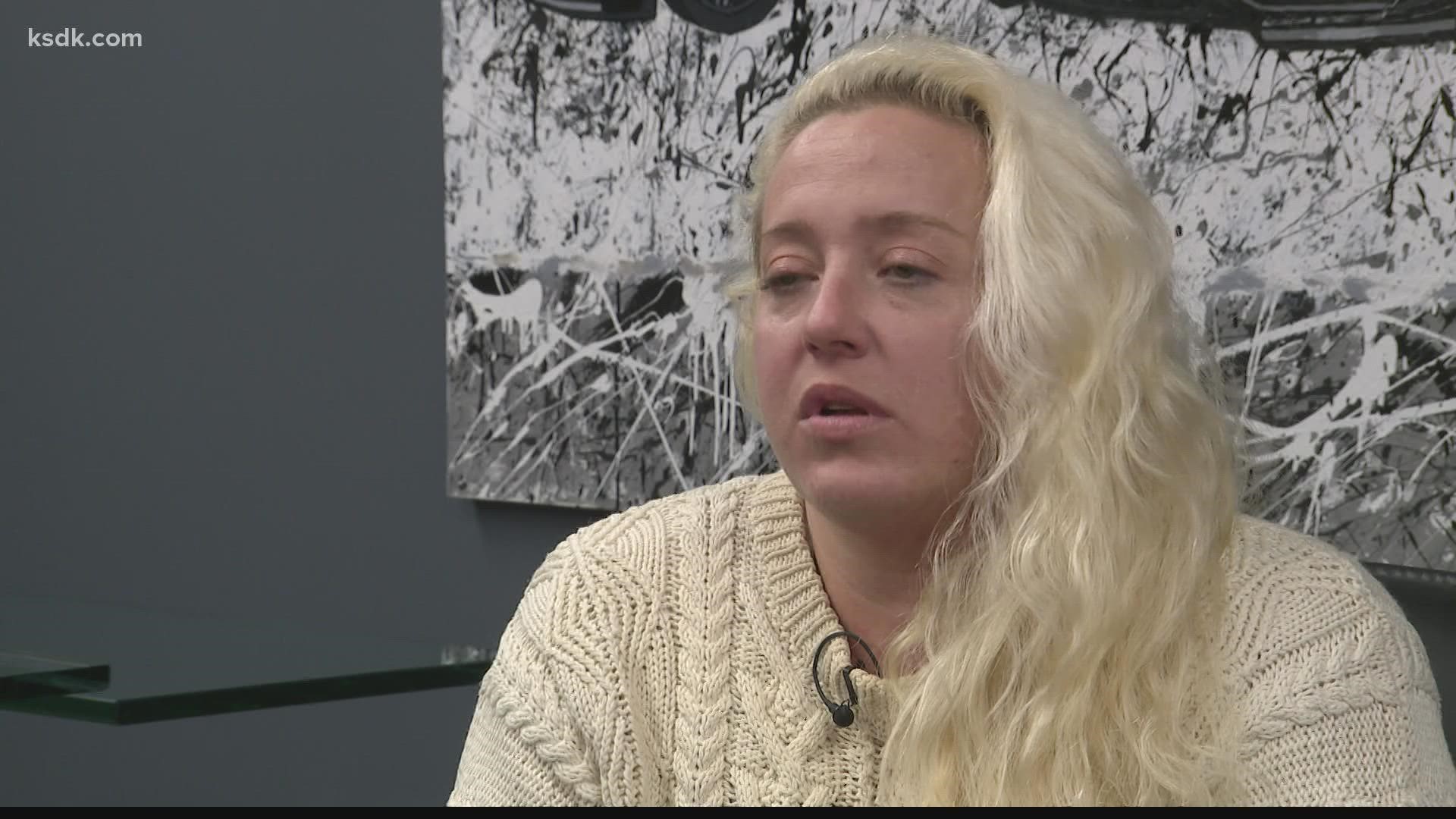 CLAYTON, Mo. — The moment former Ladue officer Julia Crews fired what she thought was her Taser at a fleeing shoplifting suspect, she said she knew something was wrong.

“I yelled, Taser, Taser, Taser and then I heard a pop and it felt, it sounded, it was, it was just wrong,” Crews said, pausing to wipe away tears in an exclusive interview with the I-Team Monday. “And I didn’t even realize it when I got to her and it just destroyed my life and her life.

Crews opened up about the experience after second-degree assault charges were dropped against her for the 2019 shooting as part of a relatively new and rare program called Restorative Justice Mediation.

RELATED: 'The biggest hearts of anyone I have ever met': Charge dismissed after Ladue officer and victim resolve shooting outside of court

In a videoconference, Crews and the woman she shot that day, Ashley Fountain Hall, got a chance to talk about how the shooting changed their lives and how they felt justice should be served.

“Ashley’s happy and I’m happy, too,” Crews said, during the interview inside her attorney's office in Clayton. “I think Ashley and I both got closure out of it.”

Crews had 13 years on the Ladue Police force when the shooting happened.

It wasn’t her first choice as a profession but became one even though she majored in art education.

“I wanted to help people,” she said.

Her father saw an ad in a local newspaper announcing the Ladue Police Department was hiring.

In April 2019, Crews was the department’s longest-tenured female officer, patrolling the St. Louis suburb of about 8,600 residents.

On April 23, 2019, she responded to the Schnucks at Ladue Crossing Shopping Center for a report of two women shoplifting and an alleged assault on the store’s employees.

In the parking lot, she found Fountain Hall.

“She matched the description,” Crews recalled.

Fountain Hall told Crews Schnucks employees were the ones who attacked her.

“She was pretty scratched up,” she recalled. “So I called an ambulance.”

“We scuffled and she got away from me,” Crews recalled.

Crews thought she drew her Taser and fired.

“In the back of my head, I was like, ‘That doesn't sound right,'" Crews said. “It was all tunnel vision.

"And it just happened so fast. I didn't realize it, and I mean, it devastated me, and it took me a long time to forgive myself because it happened, because I would never purposely ever hurt anybody.”

She resigned from the police department and tried to disappear as she waited for her trial date while out on bond.

“It was like a nightmare, I couldn’t believe it happened,” she said. “Because she stole from Schnucks, nobody deserves to get shot for that.

"And that was not my intention. Ever.”

Then, her attorney, Travis Noble, called to explain Bell believed the case was a good candidate for Restorative Justice Mediation.

“I was skeptical and I was on board for it, but, it's the Show-Me state,” she quipped.

On Nov. 5, the women logged into a Zoom chat room with a victim service’s advocate who works for the St. Louis County Prosecuting Attorney’s Office. Their facilitator was Seema Gajwani, the chief of the Restorative Justice Program for Attorney General of D.C. Karl Racine.

“It was like healing and it was good,” Crews said. “I just wanted to tell her how sorry I was, ask her to forgive me and I told her how much I loved her as a person.

“It was really good to be able to do that.”

The City of Ladue paid Fountain Hall a $2 million settlement.

She spent three weeks in the hospital after the shooting and had to have her spleen removed.

Crews is still working on her mental health and said she’s not planning to return to police work.

Now that her record is free of a pending felony charge, she’s hoping to find a job in a different profession.

For the past two years, she’s been cleaning houses to make ends meet for her family.

“I haven’t thought about the future,” she said, wiping tears from her face. “It’s just been one day at a time.”