Former 'Shop with a Cop' president charged with stealing from the charity, injured Ballwin officer 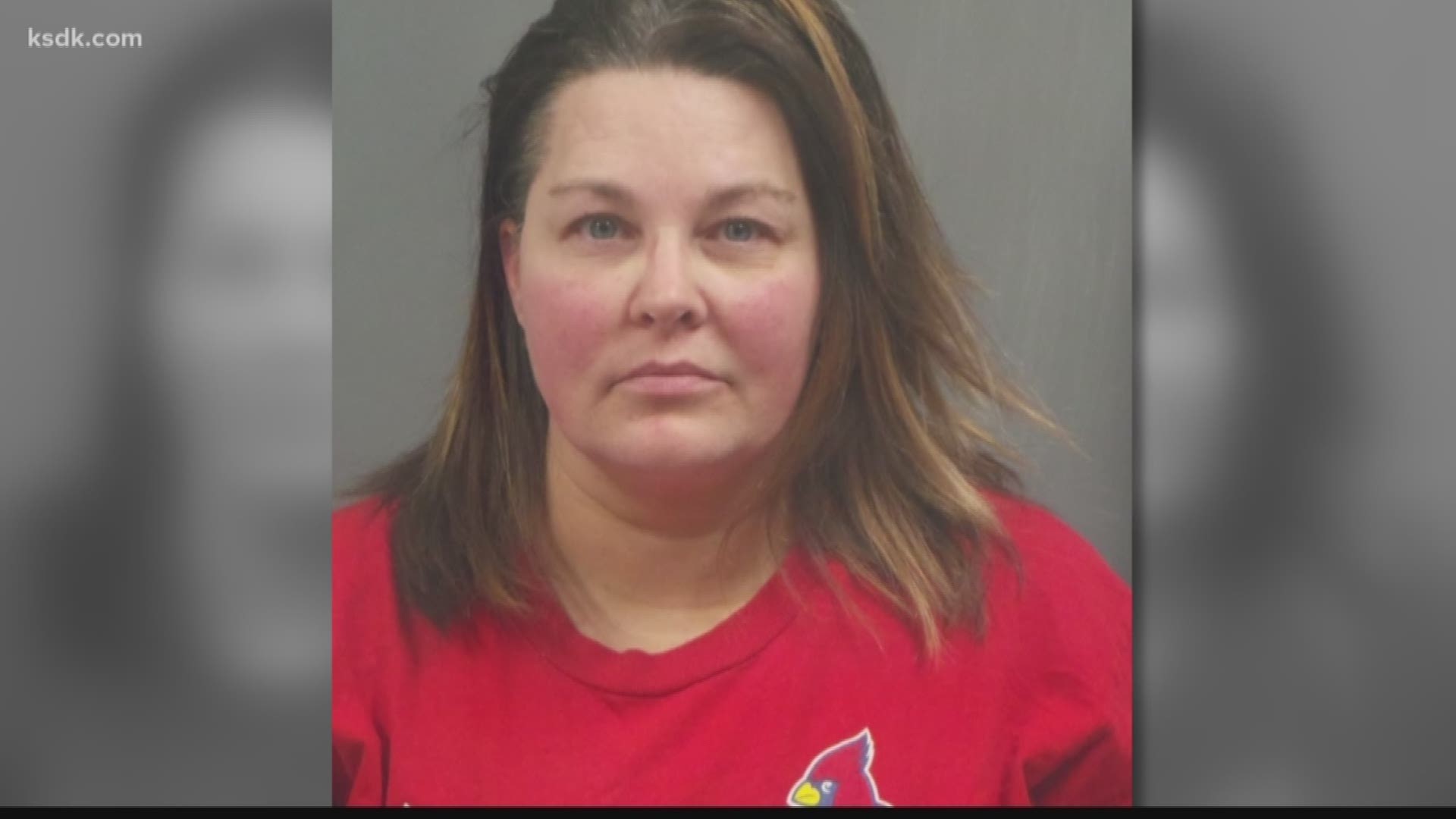 HILLSBORO, Mo. — The woman who used to be in charge of a local Shop with a Cop program is now accused of stealing the money and spending it on herself.

Angela McMunn, 46, of DeSoto is facing three counts of receiving stolen property and one count of unlawful merchandising practices.

The Jefferson County Sheriff's Office arrested McMunn on Tuesday, but it's the Missouri Attorney General's Office who's prosecuting the case.

According to court records, McMunn founded the Jefferson County Shop with a Cop program in late 2015.

Its goal was to raise money for underprivileged kids around Christmas.

But the state alleges that between August 2016 and November 2017, McMunn "intentionally disposed of several thousands of dollars" from the charity for her own personal gain.

It's alleged McMunn used more than $1,250 of Shop with a Cop funds for things like volleyball fees, subdivision dues and loan payments.

The state also alleges that McMunn took money for herself from a charitable drive she established for Ballwin Police Officer Mike Flamion.

Flamion was shot and seriously injured while on duty in July 2016 while making a traffic stop.

According to court documents, McMunn used a Shop with a Cop bank account to buy t-shirts showing support for Flamion, which she would then sell, advertising that all the proceeds go to the wounded officer.

The state says McMunn did make a "large donation" to Flamion upon closing the account, but that she also used more than $500 of the proceeds for similar personal purchases.

McMunn remained president of the Shop with a Cop program until April 2018.

5 On Your Side Investigative Reporter Jacob Long spoke to McMunn at her home before she was arrested.

She said she was unaware that she had been officially charged with any criminal wrongdoing.

She said she did turn over financial records to law enforcement and previously gave a statement.

McMunn claimed the Flamions did get "all of their money."

It's unclear the exact total of money that the state alleges McMunn took and spent for herself.

“When our agency was asked to participate in the newly re-organized, “Shop-with-a-Cop” we immediately provided additional oversight to the organization. When allegations surfaced, our office immediately investigated. Angela McMunn was not supported by/nor was ever associated with the Jefferson County Sheriff’s Office. I’m proud of our investigators and analysts that worked with the Prosecutors at the Attorney General’s Office to hold Angela McMunn accountable for the allegations that tarnished the “Shop with a Cop name.”

5 On Your Side has reached out to the current Shop with a Cop organizers, who've declined to make a comment until they speak with an attorney.