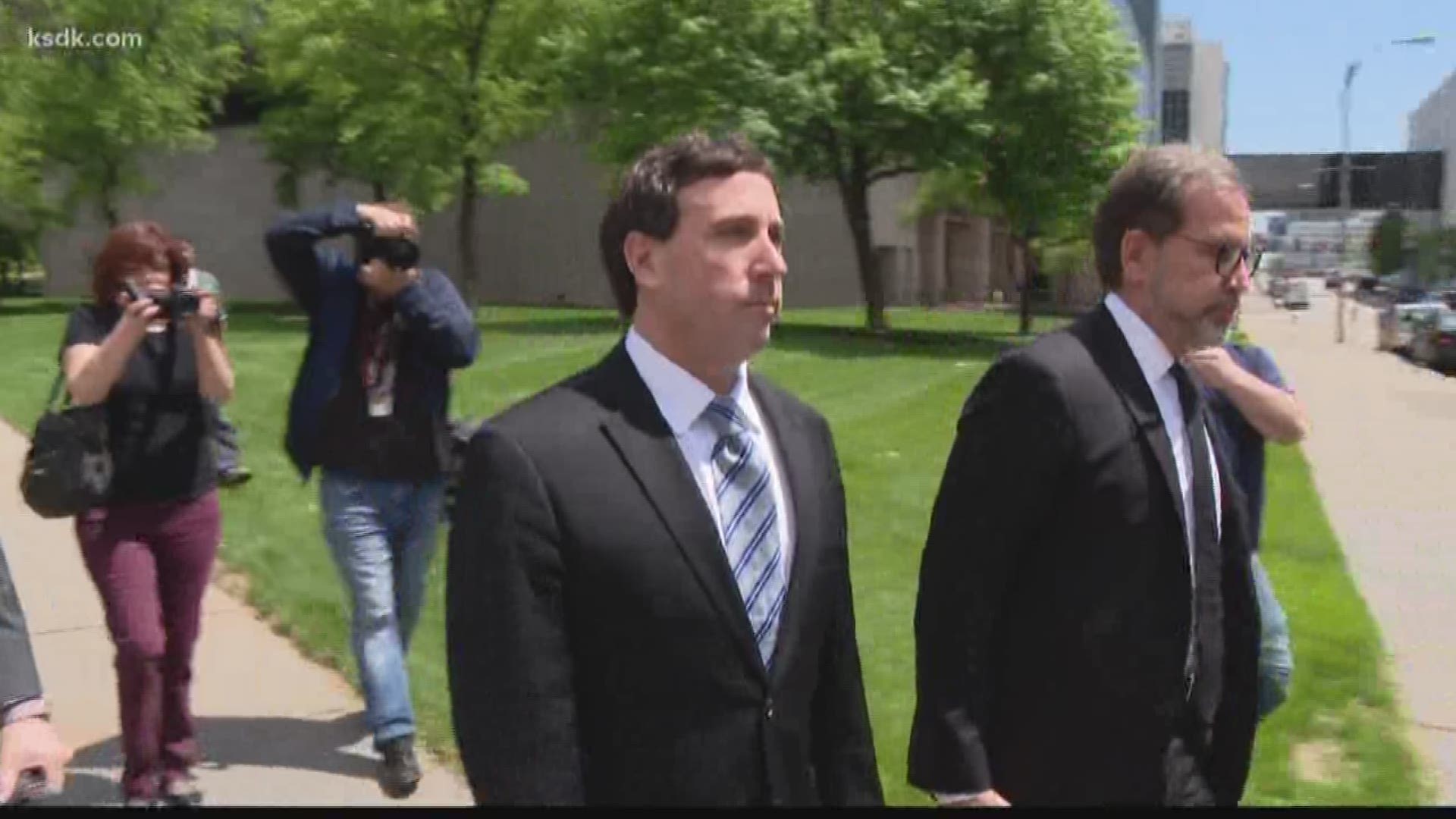 Stenger is facing three counts of honest services bribery/mail fraud. He made his first court appearance on Monday hours after the grand jury indictment was unsealed and shortly after he resigned as St. Louis County executive.

“This is proof that the justice system works. Mr. Stenger betrayed the trust that St. Louis County residents placed in our government. I am committed to reforming County government so that pay-to-play politics never infects it again.”

Investigators reviewed thousands of emails and text messages and listened to recorded meetings and phone calls over their year of undercover work, which started in 2018.

Stenger secretly used his position as county executive to make money and, in turn, help companies enrich themselves "through corrupt means," according to the indictment.

Specifically, Stenger is accused of making sure John Rallo and his companies Cardinal Insurance and Cardinal Creative Consulting got contracts with St. Louis County in 2015 and 2016 in exchange for campaign donations and fundraising events.

Stenger also is accused of ensuring Rallo and his company Wellston Holdings, LLC, got the options to buy two properties in Wellston, Missouri, which were held by the Land Clearance for Redevelopment Authority of St. Louis County in 2016 and 2017.

The indictment accuses Stenger of taking steps to "hide, conceal and cover up his illegal conduct and actions, including making false public statements."

What other people are reading right now