'We just want our kids to be safe': Fort Zumwalt parents concerned with mask optional policy at homecoming dance

The school district reverted back to an optional mask policy and moved the Fort Zumwalt West High School homecoming dance indoors days before the event. 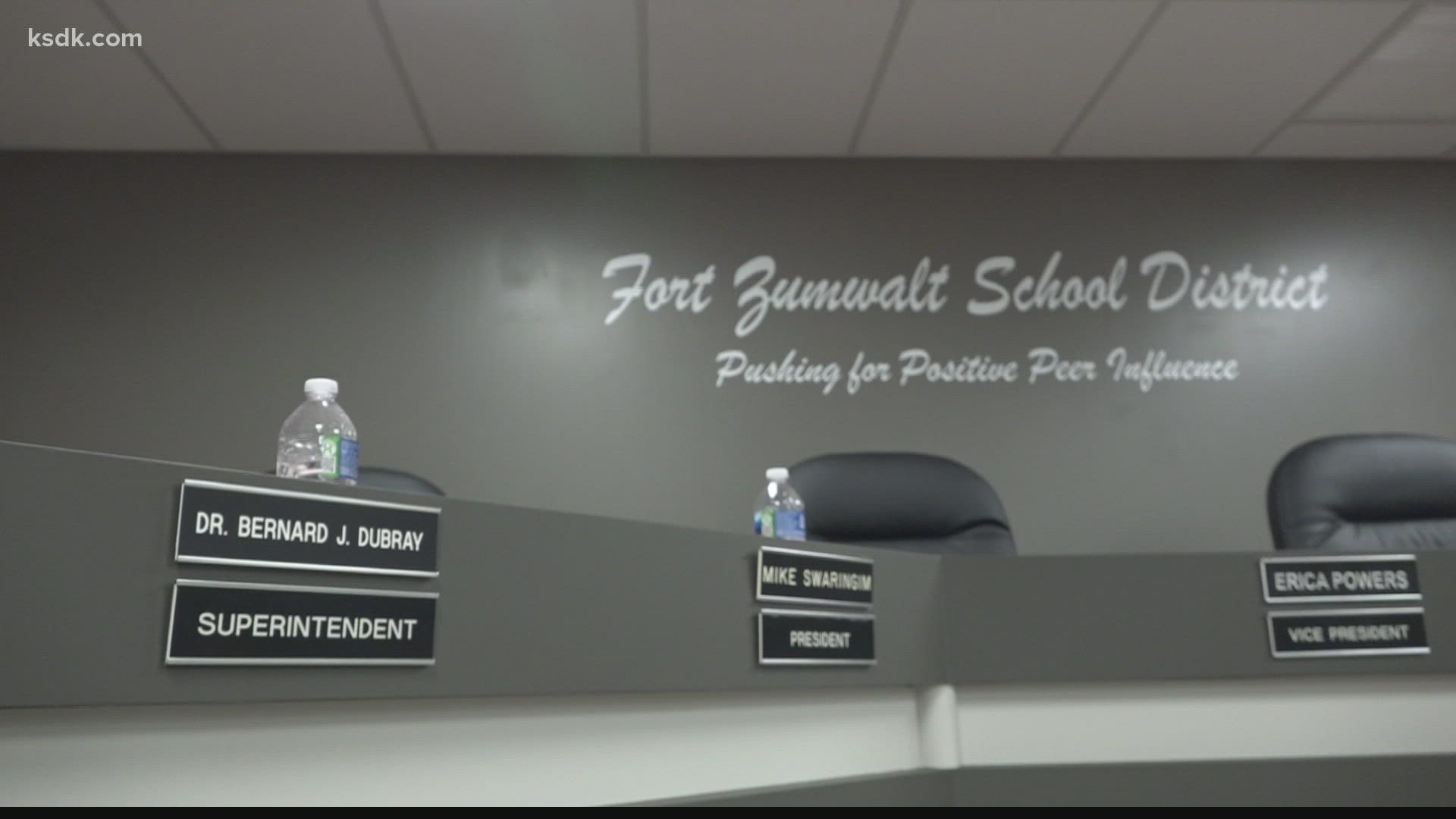 ST. CHARLES COUNTY, Mo. — Some parents don't approve of the board's decision to make masks optional, or a last-minute change of plans for homecoming.

"Homecoming's important and none of us want any of our kids to miss out on the important things in high school. We just want our kids to be safe," Fort Zumwalt parent Heather Mudd said.

Mudd spent weeks helping her daughter get ready for the Fort Zumwalt West High School homecoming dance, just to have district leaders switch up the plans.

"Homecoming was supposed to be outside obviously it couldn't be outside last night because of the weather, but we were expecting it to be safe or no masks outside tonight, and last minute that was changed as well," Mudd said.

Mudd was against the School Board's decision to make masks optional on Wednesday. Her concerns grew even more after she received an email on Thursday that Fort Zumwalt West High School's dance moved indoors.

"Kids who chose to be masked will have a separate area in the mezzanine of the high school where that will be a mask area only, and so they can attend the dance. It's still not what I would call a win-win because they're being segregated, but at least they are given a safe option," Mudd said.

The Saint Charles County Parents Association was in favor of the decision to revert back to a mask optional policy. Some parents also commented on Facebook expressing their support. Mudd feels it was poor timing.

"It definitely was disappointing that they would put it so close to the event and so late in the day that really we had to scramble as parents who were concerned to try and get something to accommodate kids that needed to be masked," Mudd aid.

She says her daughter is vaccinated and will continue to wear a mask, even at the homecoming dance.

"We were counting on the district to help provide a safe learning environment for our kids to be in school this year and I'm disappointed," Mudd said.

The latest data from the Fort Zumwalt School District website says there have been 54 positive COVID cases, and 121 students and staff quarantined over the last two weeks.

That includes *all* schools in the district.

Many of those cases are also not connected to the school.

And to put those numbers in perspective, there are more than 18,000 students in the entire district.