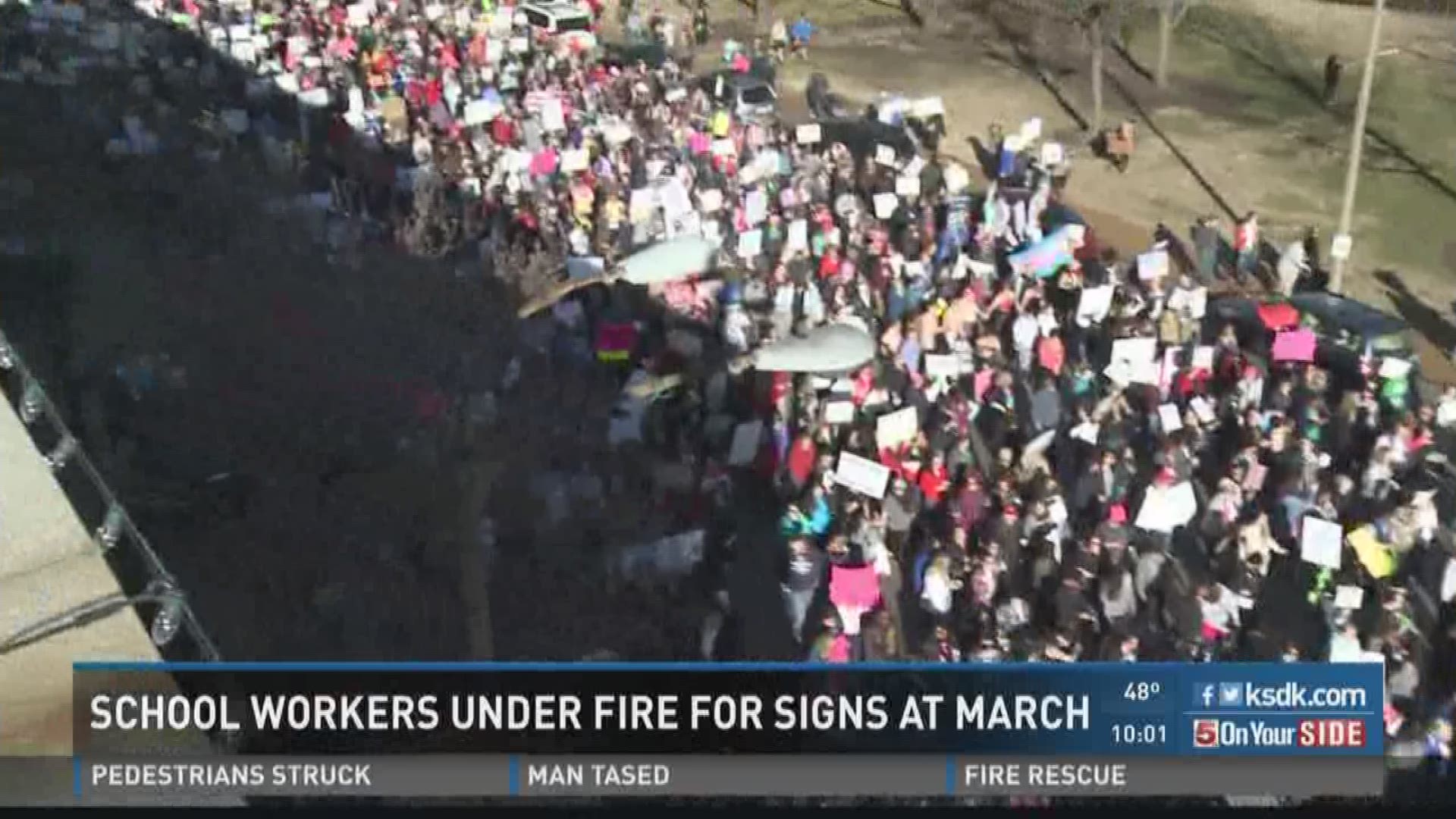 Millions across the country marched in the women's parade. Thousands joined them in St. Louis. And now, some teachers and school workers are under fire after participating.

A photo taken Saturday shows several Fox C6 School District employees posing with signs that offended some students and parents. Several parents spoke out about the photo at Tuesday night's school board meeting.

On social media, hundreds criticized the staff members pictured. Some said they should be fired. Those who attended this meeting tonight expected more of the same. But as it turns out, every person who spoke supported these employees.

Addressing the Fox C6 School Board, parent Eric Walter said, “Some of these teachers are longtime employees. I think if there were issues where they were taking their personal views and trying to teach them to these children, that’s something that would have been brought to your attention before.”

Parent Jen Wright was particularly concerned with the cyber bullying of the staff: “Our kids, I guarantee, are going to post something stupid on facebook at one point or another. Are we going to tolerate people bullying them because of it? All of us have made mistakes.”

The controversy, according to some parents, as well as Superintendent Jim Wipke, was not that the teachers participated in the march.  It was the wording on the signs.

District policy states that “Staff should refrain from using profanity or gestures that are profane.”  But the superintendent wouldn’t say whether the photo violates this policy, calling it an internal personnel issue.

He added, “I’m proud of the teachers for going down and protesting. However, they’re public figures. And when you’re a public figure, and you’re seen in pictures and then it gets posted on social media, there are going to be ramifications. And that’s what we’re dealing with tonight.”