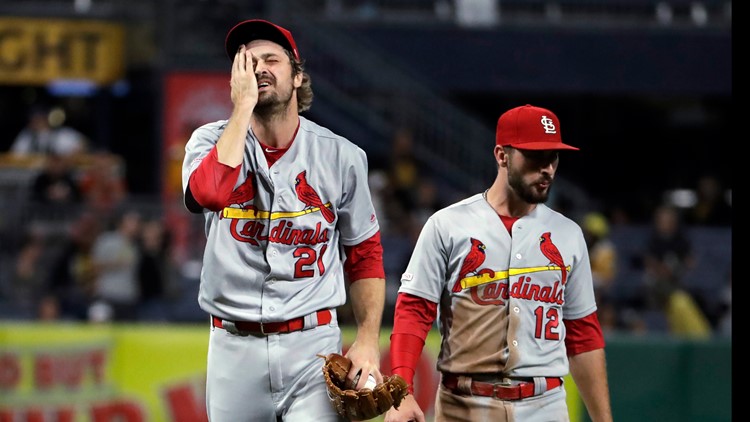 Photo by: AP
St. Louis Cardinals relief pitcher Andrew Miller (21) is joined by Paul DeJong as he waits to hand the ball to manager Mike Shildt after giving up an RBI single to Pittsburgh Pirates' Melky Cabrera during the seventh inning of a baseball game in Pittsburgh, Friday, Sept. 6, 2019. (AP Photo/Gene J. Puskar)

Last-place Pittsburgh scored each of its runs in the seventh with two outs. Josh Bell hit a two-run single off Andrew Miller. After run-scoring hits by pinch hitter Melky Cabrera and José Osuna, Frazier made it 7-4 when he tripled high off the 21-foot wall in right field.

The NL Central-leading Cardinals had won six of eight. Miller (4-5), the second of three relievers in the seventh, got just one out and was charged with three runs and three hits.

Pittsburgh won for the sixth time in eight games.

Felipe Vázquez got four outs for his 25th save in 28 opportunities. He struck out Edman with runners on second and third to end the eighth inning.

Starling Marté tacked on a two-run single in the bottom half, breaking it open for the Pirates.

Cardinals relievers were tagged for eight runs in three innings. Their 3.64 ERA coming in the game was the second-best mark in the major leagues.

Wei-Chung Wang (3-0) got the last two outs of the seventh for his second win in three days.

It was the second major league start for McRae, and both have come on short notice. He was called up to pitch July 29 at Cincinnati hours after Jordan Lyles was traded to Milwaukee.

Cardinals catcher Yadier Molina extended his hitting streak to 13 games with an eighth-inning double. He is 21 for 50 (.420) during the streak.

Cardinals: C Matt Wieters (left calf strain) is likely to be activated either Sunday for the finale of the three-game series or Tuesday when the Cardinals open a three-game set at Colorado.

Pirates: Manager Clint Hurdle said it was uncertain if Musgrove would be ready to pitch when his turn in the rotation next comes up Wednesday at San Francisco. ... Rookie RHP Mitch Keller (bruised right wrist) is questionable for Sunday's scheduled start. If he is unable to pitch, James Marvel will be called up from Triple-A Indianapolis to make his major league debut. ... Marte returned after missing two games with what the Pirates described as a leg injury. 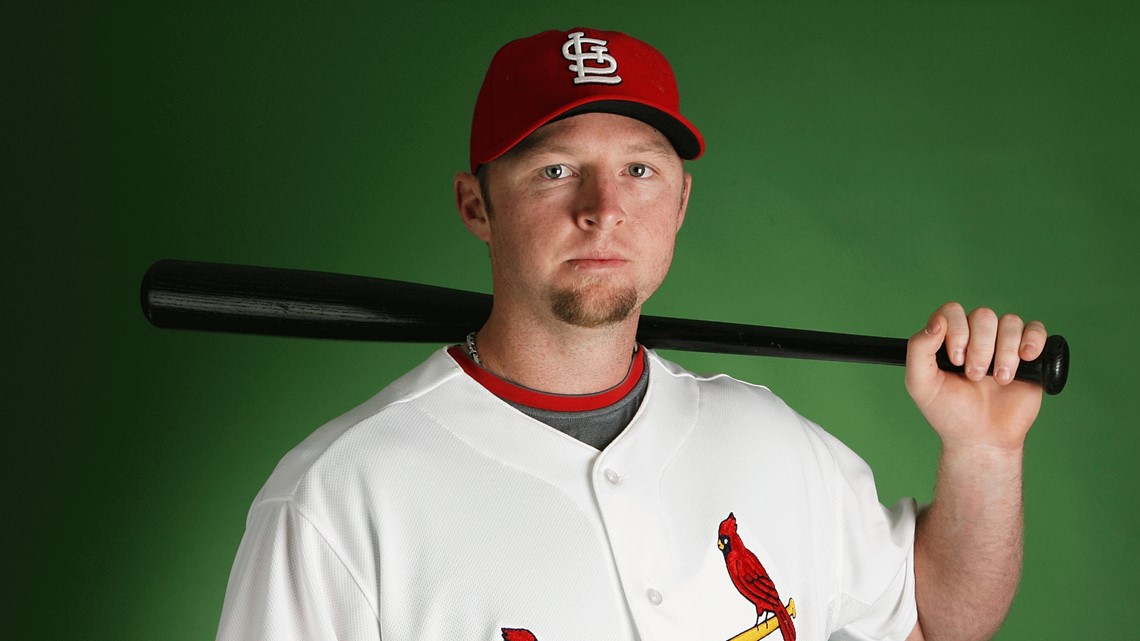