A gender-neutral toy section? Proposed California legislation would make it so

The bill would effectively ban stores from displaying children's clothing and toys in separate "boys" and "girls" sections. 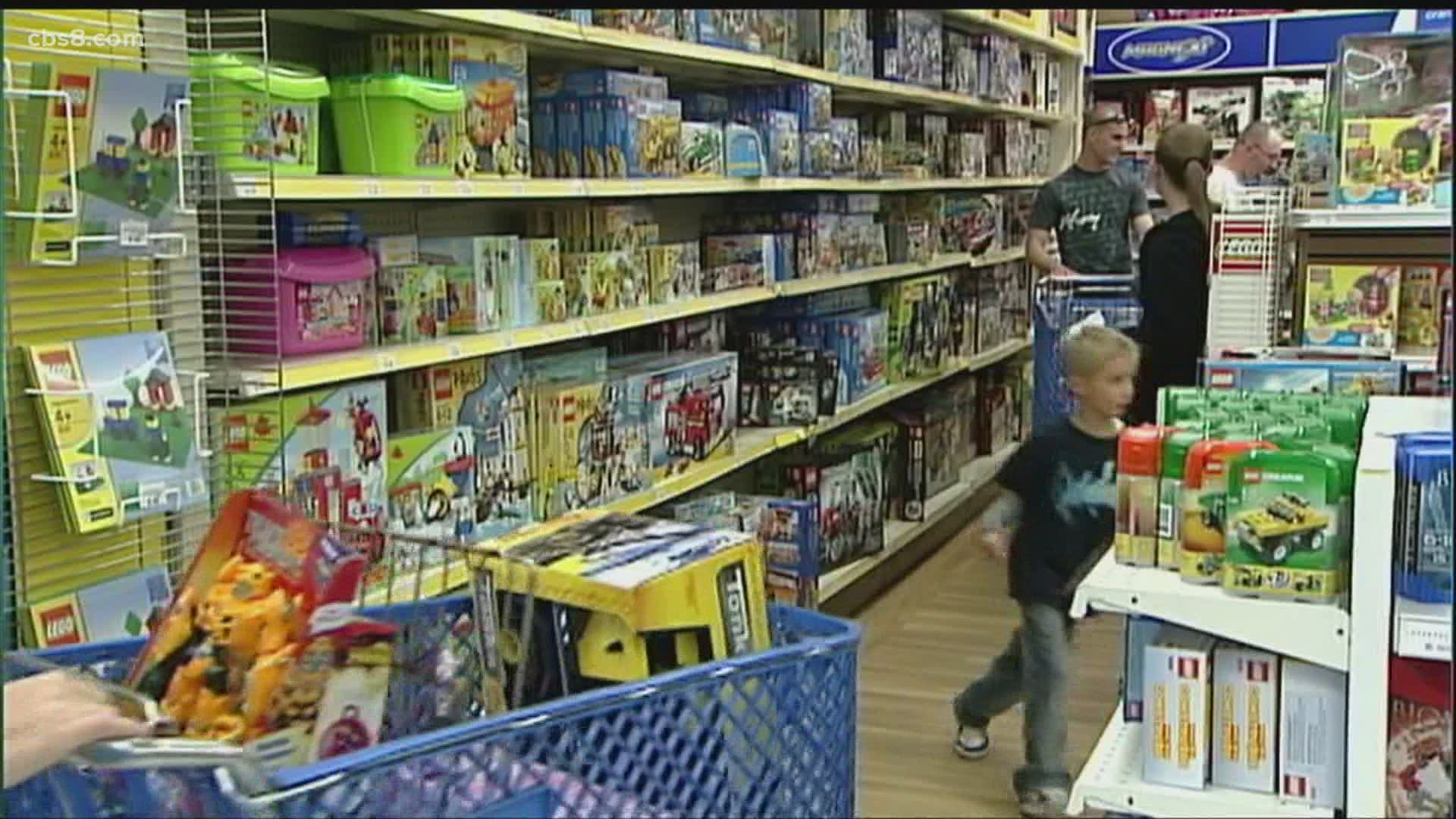 SAN DIEGO — Proposed legislation would ban stores from displaying children's clothing and toys in separate "boys" and "girls" sections in big department stores, and stores that don't get onboard would get hit with hefty fines.

AB 1085, which will be reintroduced by Bay Area Assemblyman Evan Low on April 1, requires stores with more than 500 employees -- such as Target, Marshall's or Macy’s -- to display children's clothing and toys in "one undivided area of its sales floor.”

“I am the parent of a trans child, I think it's a wonderful idea to smoosh girl and boy stuff together,” said Julia Burnett, a parent.

"Some ask… why change it? Just because it has a male or female designation, doesn't mean you can't walk to a 'male' toy and vice versa,” said Robert Alvarez, another parent.

News 8 reached out to Low’s office about the legislation.

“Children should be able to express themselves freely and focus on more important things than stereotypical gender norms. Major retailers like Target and others support this legislation — and many of these businesses already have gender-neutral kids’ sections. The state is actually playing catch-up on this issue. Toys are toys. Let’s make safe spaces for all children and let kids be kids," Low said in a statement.

If this bill became law, stores that don’t comply would face fines of up to $1,000.

If passed, the legislation would go into effect by January 2024.