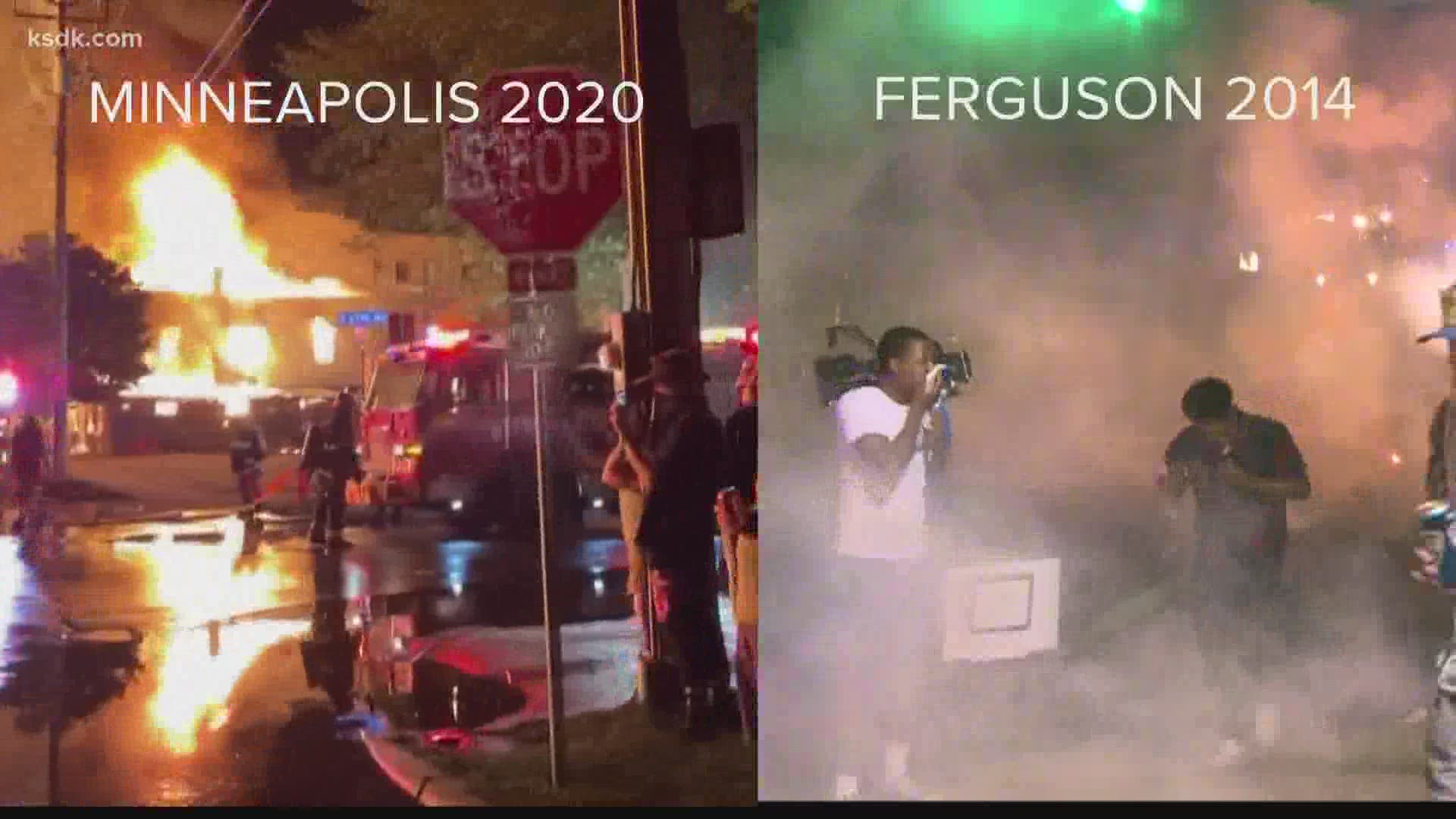 FERGUSON, Mo. — The images are tough to see and they hit close to home for people in Ferguson. The scenes in Minnesota are bringing up painful memories of the unrest in the St. Louis area in 2014.

"Everybody said it looks just like Ferguson," said former Missouri State Highway Patrol Captain Ron Johnson. "The pain that they see on the streets and the emotions that they are seeing and hearing remind them of 2014."

Some would call it déjà vu, striking images show the similarities between protests in Minneapolis and Ferguson, but happening nearly six years apart.

"I think sometimes that we believe if we don't talk about it that means that things have changed or went away, so it just shows that we have a long way to go," said Johnson.

Johnson was a Missouri State Highway Patrol captain during the Ferguson protests. He walked with activists hoping to bring calm to the crisis.

"You could hear this pain and anger that I had never heard in my entire life," Johnson said back in 2014.

It's pain like that the protesters in Minneapolis are now feeling. A demand for justice for George Floyd, like how protesters demanded for Mike Brown.

"I think it compares to Mike Brown because it's another injustice to a person of color at the hands of law enforcement," said Missouri State Representative Rasheen Aldridge, whose district covers part of the City of St. Louis.

Aldridge is an activist-turned-state representative. He said St. Louisans should show their solidarity with Minneapolis.

"It's necessary to let them know we stand in solidarity because what happened shouldn't have happened, and what they're doing by taking to the streets is what they need to do," Rep. Aldridge said.

When asked what he hopes the people in Minneapolis learn from the protests in Ferguson, Aldridge replied:

"You're not going to gain anything by destroying the community you live in."

Much like with the protests in Ferguson, Johnson said he hopes the riots don't overshadow the message. 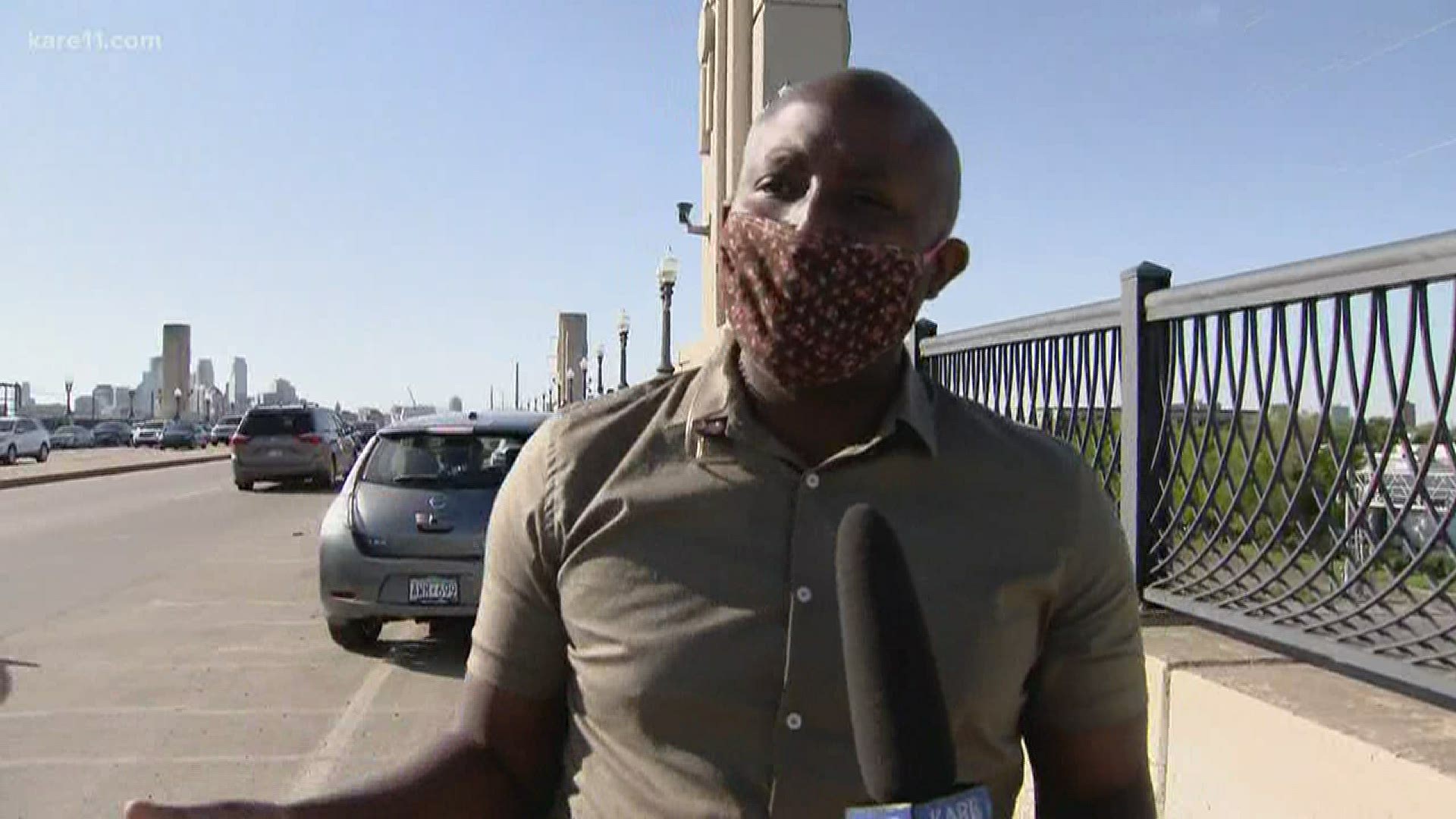