"The police officer in that moment should not get to be judge, jury, and executioner,” Carl Reed Jr. said. 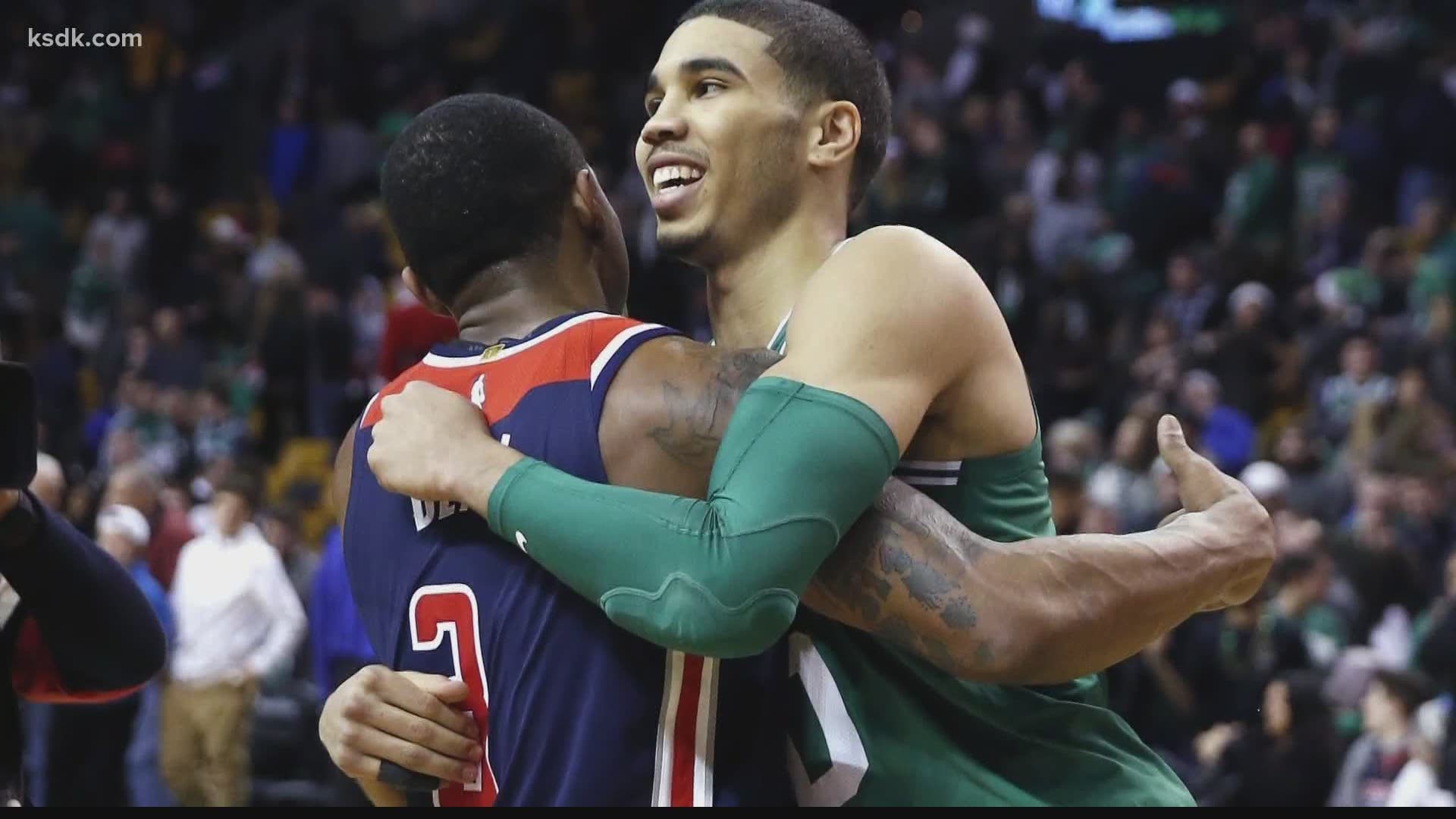 ST. LOUIS — After video surfaced of George Floyd's death, it triggered a feeling that De Smet head football coach Robert Steeples has had all too often.

“I wasn’t surprised it happened and to be honest with you, it won’t be the last time something like that happens,” Reed said.

He said one way to promote change, is to change a broken system.

"The police officer in that moment should not get to be judge, jury and executioner,” he said. “So you have to tear it down and completely build it up so you can get people out here that see us as human beings and not animals."

In a time where some people may be afraid to voice their opinions, former Chaminade basketball players, and now NBA stars Jayson Tatum and Bradley Beal have been very active on social media, speaking up about social injustices.

Tatum said on Twitter, "Every cop isn't bad, we can all agree to but I want the same energy and attention given to every BLACK man is not a threat.”

Normally you don't see such stars take a stance like this at an early age, but former NBA star Larry Hughes said Beal and Tatum are just doing what they were raised to do, assist those in need of help.

"These guys have grown up in this era, so their ability to use their devices and use their platform on these devices, I think is very important and it spreads not only through this generation but the younger one coming up as well," said Hughes.

Between Hughes, Steeples and Reed, all three are around a diverse group of kids as they are coaches. They all agreed the locker room and sports is one of the biggest melting pots there is, and that they would continue to preach the importance of equality for all.

“I really wanted to dig down in the youth and help out in that fashion,” Hughes said. “It’s tough to retrain grown people that are set in their ways and we know these things like hate and ill will, is taught.”

Steeples said America has come a long way from where it first began, but now, more needs to be done. That’s why all three praised athletes like Beal and Tatum for using their platforms and speaking up.

RELATED: Hundreds march through downtown St. Louis and onto I-64

RELATED: 'The system has literally put its knee on our neck' | Ferguson business owner calls for end to racial injustice after her store was looted