The 7-year-old was taken to St. Louis Children’s Hospital with serious injuries. 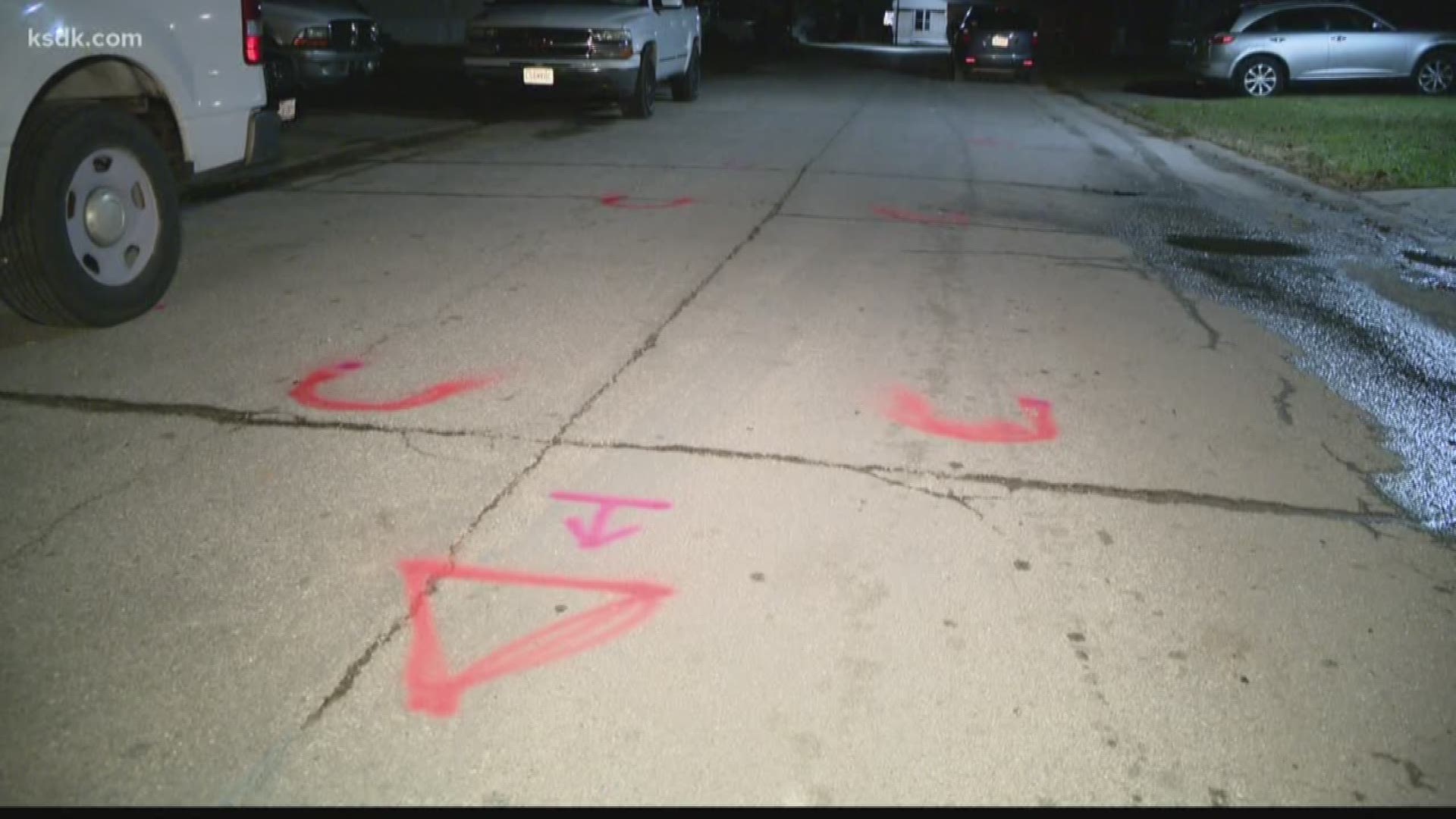 MOSCOW MILLS, Mo. — A 7-year-old girl is recovering in the hospital after she was hit by a car while trick-or-treating in Lincoln County on Halloween.

According to the Missouri State Highway Patrol, a vehicle was traveling south on Kathy Avenue around 7:30 p.m. when the 7-year-old girl darted across the street in front of the vehicle and was struck. The Dodge Ram was driven by a 17-year-old girl.

A bright triangle and two half circles are sprayed on the ground in the subdivision where the collision happened. They represent the direction of the truck that hit the little trick-or-treater.

Jamie Sanders has lived in the community for quite some time, but she's never heard screams like this in front of her home.

"Everybody is screaming and yelling, fighting and crying and freaking out. It was crazy because that never happens here," Sanders said. "The mom was on the other side of the road and I guess the kid went to her mom and the truck was coming at the same time."

There are no charges on the driver, according to the Missouri State Highway Patrol.

The 7-year-old was taken to St. Louis Children’s Hospital with serious injuries. After the latest check in, the highway patrol said her vitals are stable and she is expected to survive.

RELATED: Man charged after barricading himself in Chesterfield home