"They're worthless to anyone else but priceless to the person they fit," her father said. 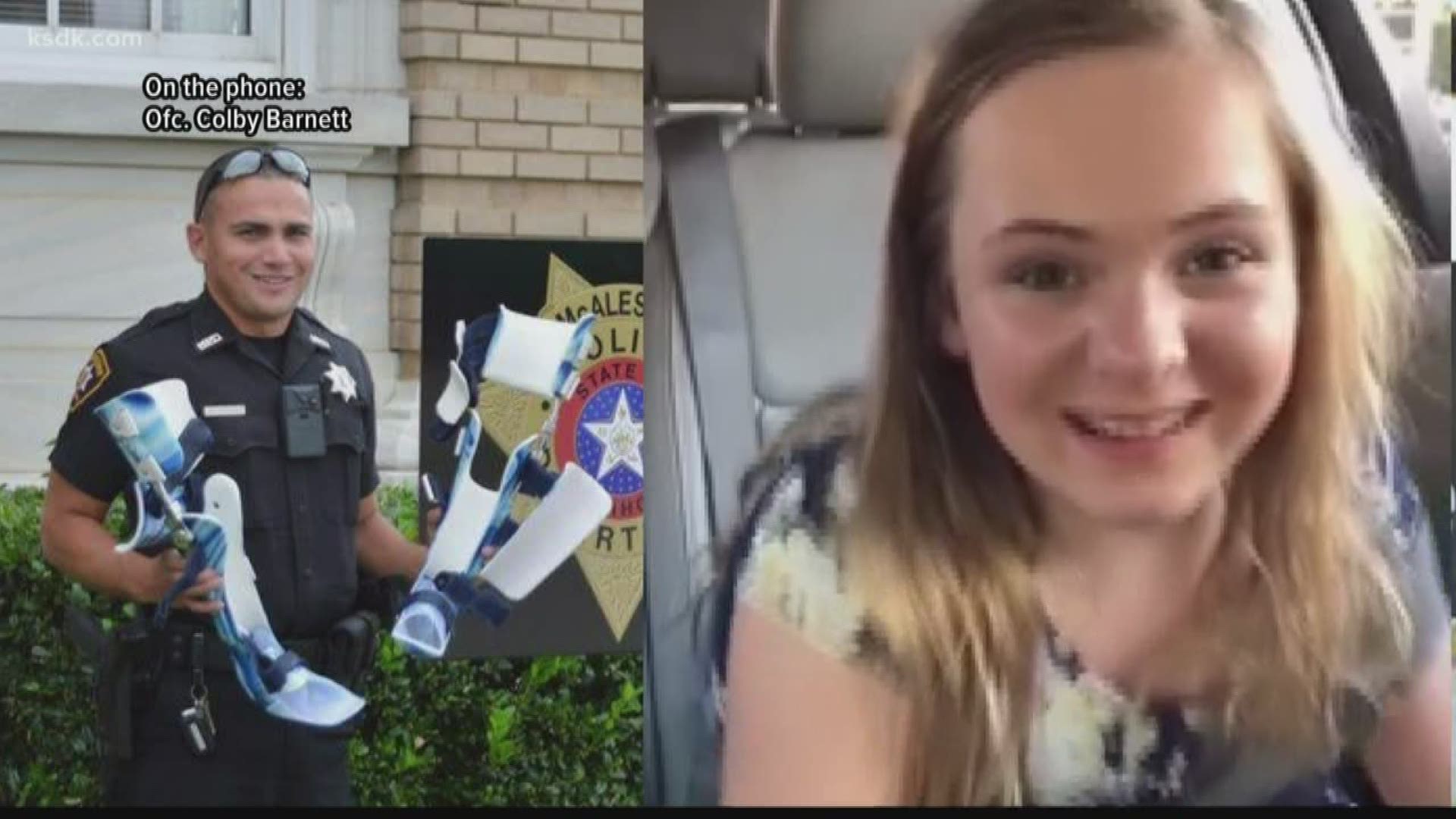 ST. PETERS, Mo. — A summer road trip for a St. Peters family turned into a terrible memory after a girl's leg braces were stolen on the way back home, but complete strangers made sure that wasn't how their trip ended.

At the last stop on a family road trip, a thief broke into the Medaris family car stealing bags of clothes and Chava's $10,000 leg braces.

"At which point it was kind of this punched in the stomach feeling where you know it's gone and you're not going to get it back," said her father Abe.

But what the Medaris family didn't count on during their drive back from Houston was their daughter's braces being stolen in the jurisdiction of the McAlester, Oklahoma, Police Department.

"They're worthless to anyone else but priceless to the person they fit," added Abe.

In this case, the person they fit was their daughter Chava.

"I've never been so excited to see my braces," Chava said.

For that, she has McAlester Oklahoma police officer Colby Barnett to thank.

"I did exactly what any officer should do and I think would do around here," explained Barnett.

He took to Facebook asking anyone for help returning Chava's braces and, sure enough, they showed up at the station a couple days later.

Brandon Merano: "When you saw her face when her mom told her that her leg braces were coming back what emotions were going through your head?"

Officer Barnett: "You know, I'm supposed to be a police officer and not be an emotional guy but to say I got teary-eyed is an understatement, it definitely hit a sweet spot for me."

The same can be said for the Chava Medaris, who thanks to some great work by police will now be able to walk around worry-free.

Officer Barnett and the department also pooled money to ship Chava's braces back to her free of charge.

Barnett told Brandon he's planning to get together with her for a walk and dinner soon.