The Wentzville mayor said GM has promised a $1.5 billion expansion at the Wentzville plant with the contract.

WENTZVILLE, Mo. — Local General Motors workers who have been on strike for 40 days will go back to work Sunday night after a new contract was ratified, the United Auto Workers Local 2250 chapter said on Friday.

The strike has been underway since Sept. 16. On Thursday night, local UAW workers voted to approve the new GM contract by a wide margin.

General Motors workers nationwide voted 57.2% in favor of a new contract with the company, ending the strike. 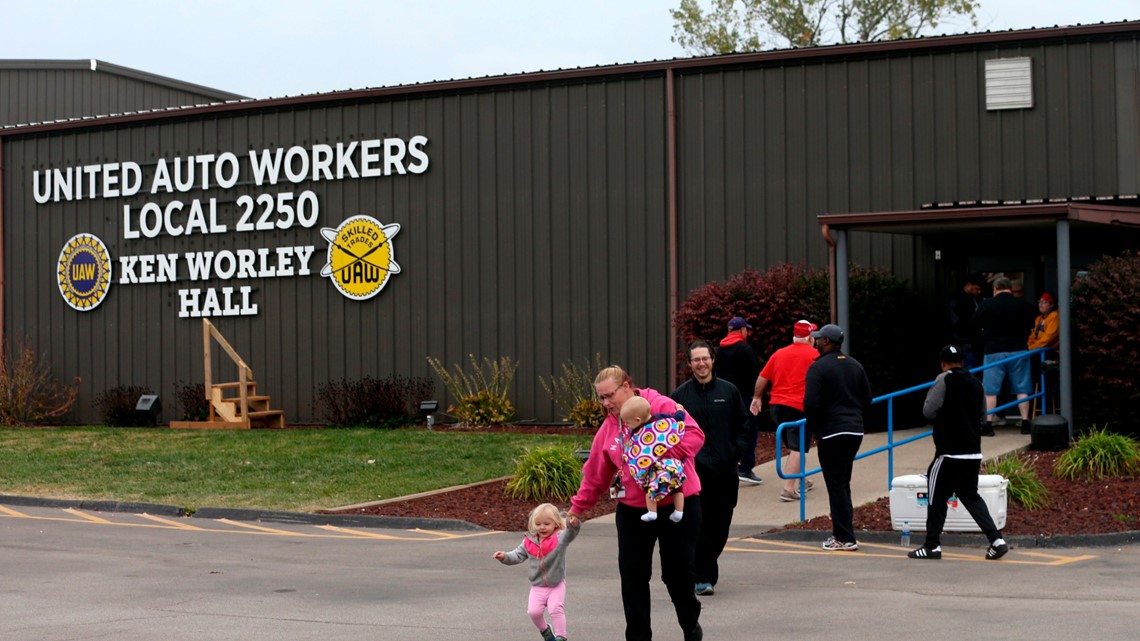 Workers at Texas GM plant approve deal, strike likely to end
Striking workers at the General Motors factory with the most employees have approved a new contract with the company, all but assuring the deal will be ratified and a contentious 40-day strike will end soon. Production workers at GM's SUV plant in Arlington, Texas, voted 78% in favor, while skilled trades voted 60% for the contract.

Workers in Wentzville were seen packing up Friday afternoon after 40 days of picketing came to an end.

Some cheered as they cleared out the front of the GM plant around 4:30 p.m.

“We delivered a contract that recognizes our employees for the important contributions they make to the overall success of the company, with a strong wage and benefit package and additional investment and job growth in our U.S. operations,” said Mary Barra, GM Chairman and CEO.

"We're going into the holidays. You don't want to see people striking on the holidays," said Wentzville Mayor Nick Guccione after the strike ended.

Guccione said GM has promised a $1.5 billion expansion at the Wentzville plant with the contract agreed to; however, he said he will be talking to the company about more specific plans going forward.

The plan calls for $7.7 billion invested around the United States. It also calls for the closing of a couple of GM plants.

CNBC reports the 40-day strike cost GM more than $2 billion. Meanwhile, the local economy also appears to have taken a hit; Guccione said he didn't have the numbers on the impact yet.

"GM is our number one employer. GM is very important to Wentzville," he said.

He said the impact will not be significant long-term and that he's glad there's a resolution.

"We're excited to see everything back to normal. Activity back to the community," Guccione said.