The move is due to a global semiconductor shortage and affects 3,500 employees in St. Charles County 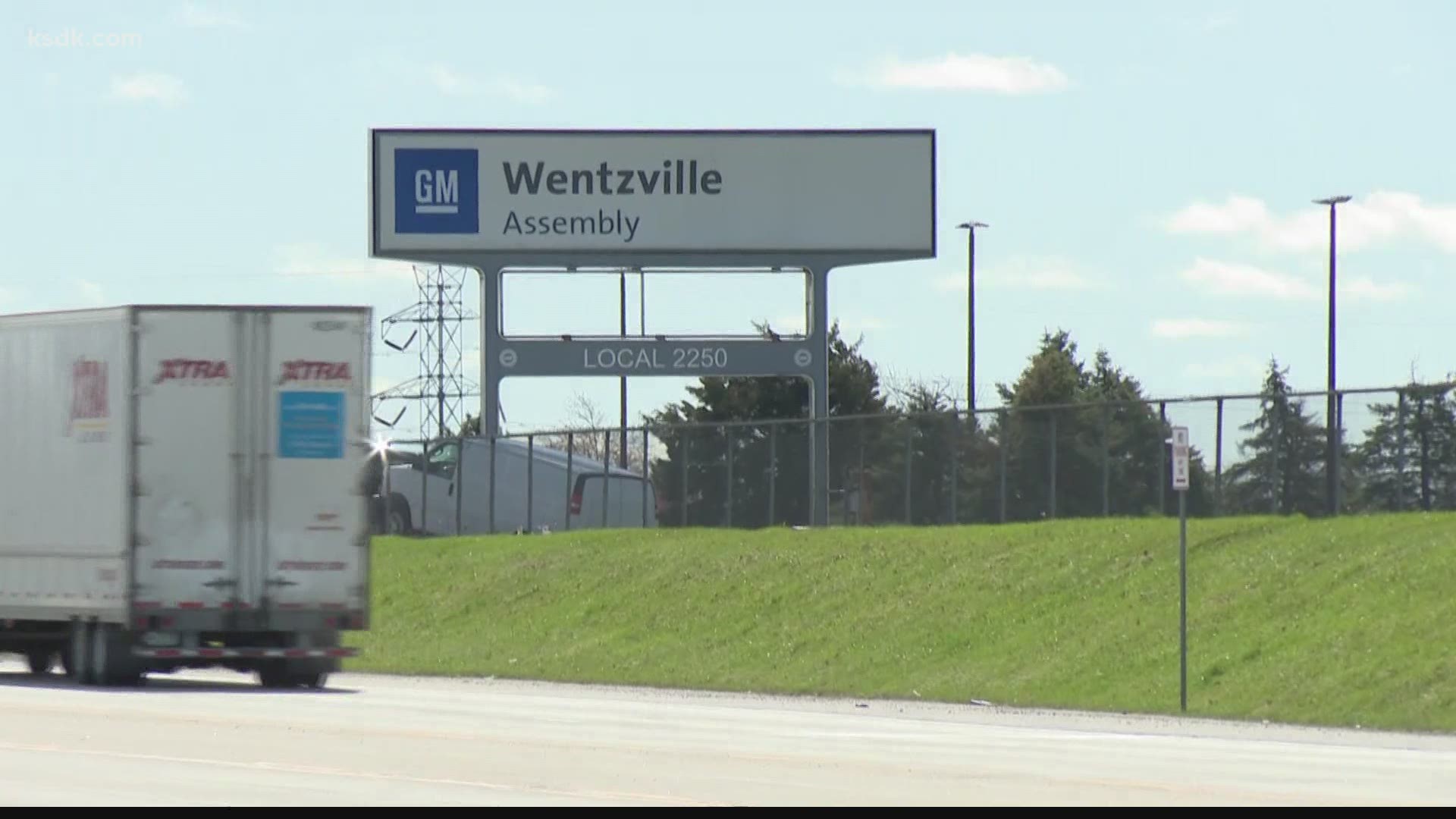 That makes it one of seven plants in the U.S., Canada, Mexico, Brazil and Korea to be affected by the global semiconductor shortage. Wentzville G.M. workers assemble the Chevrolet Colorado and the GMC Canyon mid-size trucks, and the Savannah van.

“We didn’t know it was coming,” said Fred Jamison, the president of United Auto Workers Local 2250. “Employees will be getting unemployment, and those with seniority will be getting union benefits from supplemental income that the union negotiated for us.”

Wentzville Mayor Nick Guccione said, “This is the biggest employer in Wentzville, so it’s always a little concerning when they do have a shut-down.”

“We’re very blessed to have them here in Wentzville,” he said, “and to continue to have them grow and expand. They’ve expanded multiple times and hired more employees.”

A shut-down of this nature is also likely to impact businesses around a plant of this size. Not just parts suppliers, but businesses that serve the employees, as well.

One of those businesses is Duke’s BBQ. There, G.M. employees are no strangers.

“We do a lot of catering for them,” said Duke’s employee Mackenzie Shepard. “So that is a bummer, and a lot of them come in before and after their shifts or during their breaks, so that is another thing we lose out on.”

Shepard was asked if Duke’s sees G.M. employees every day.

“Yes, we have a lot of regulars, that’s for sure,” she said.

The Wentzville plant is one of G.M.’s largest, according to information provided by the company:

In a statement, GM officials said their intent is to make up as much production lost at the temporarily-idled plants, as possible.