Goats at work in Webster Groves

"You must admit, they’re darn cuter than a lawnmower.” 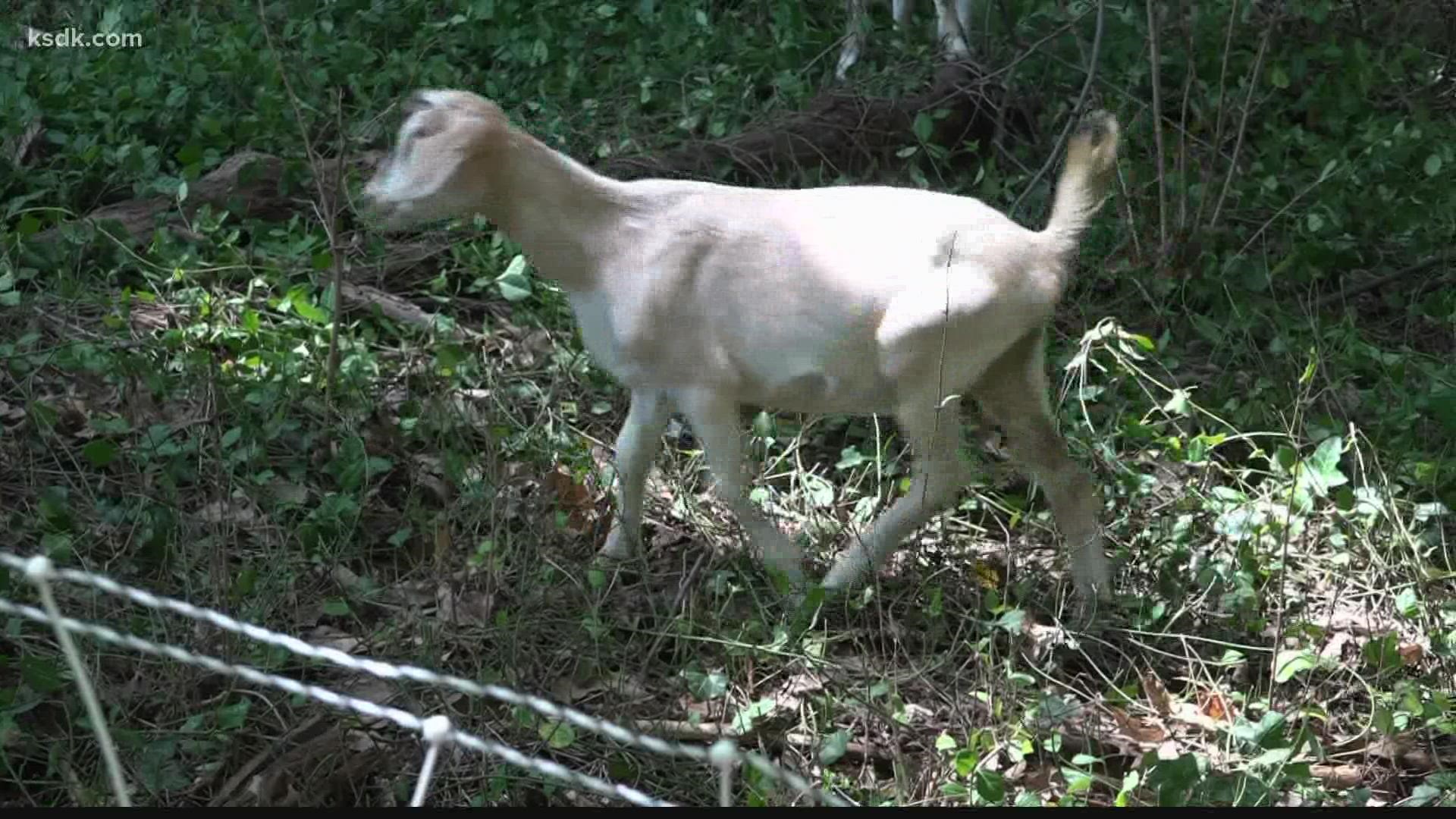 WEBSTER GROVES, Mo. —
“I am a big fan of the new employees,” laughs Kathleen Dwyer. “You're doing a bang up job, a chew up job.”

She shouts across a line of security tape and an electric fence at a herd of 39 goats nestled among the trees along a roadside hill in Webster Groves.

The goats were in town for the past few weeks as part of a “targeted grazing effort” to remove overgrowth and invasive species, like honeysuckle, from wooded parks and public lands.

“It's very labor intensive. So if we can use the goats or something like that to give us the first cut and then the people can come in afterward and really clean it up, this is what we're looking for,” said Scott Davis, Webster Groves Parks and Recreation. He says he wasn’t quite sure what to make of the idea when first pitched to him, but once he did some research to see it’s a pretty popular grounds-control method in other parts of the country, he was sold.

He says the pilot project—testing to see if bringing goats to other places around Webster Groves would be useful—is paying off.

“You couldn't even see the goats when we released them from the pen. And by the next day they had eaten the first fenced off area down to where they had it pretty well taken care of,” he said. “We've got other areas of parks along stream banks and very steep hills that it's almost impossible for volunteers to go in and remove the honeysuckles there. So that's really where we're looking to use these goats in the future.”

Dwyer, who lives nearby and hiked up a short hill to get a peek at the goats at work, hopes to see crews like these more often.

“I know a lot of equipment people use between lawnmowers and air blowers, those are not environmentally friendly things. They emit a lot of CO2 and other substances into the air. This is a much more natural solution,” she said. “And you must admit, they’re darn cuter than a lawnmower.”

RELATED: Here's why bear sightings are on the rise in Missouri and what you should do if you see one