The organization that released the report hopes the number isn't accurate 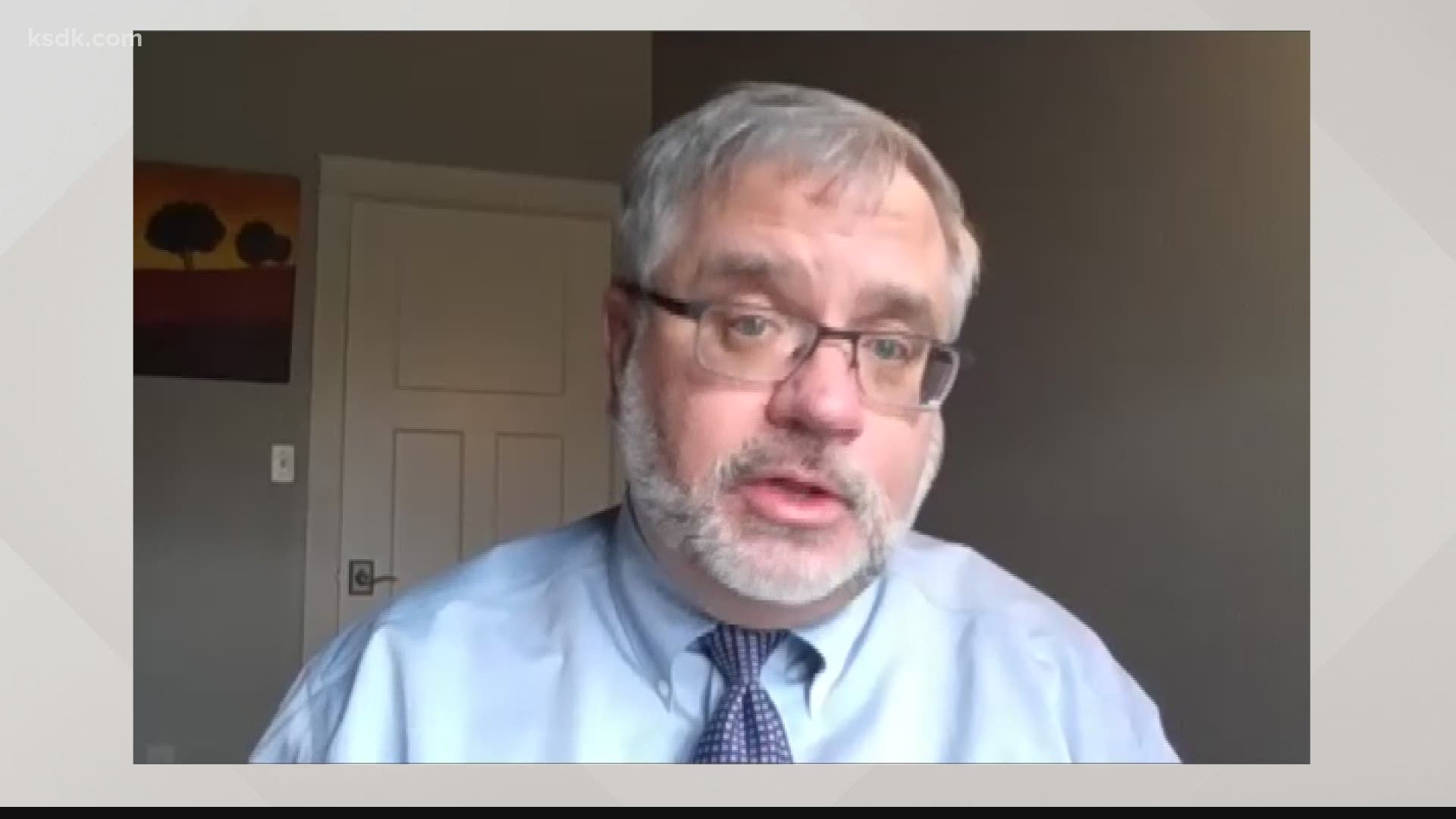 ST. LOUIS — During a news conference Thursday afternoon, Missouri Gov. Mike Parson cited a study published by the Missouri Hospital Association finding about 40% of Missourians are “not likely to seek a vaccine.”

That number may seem shockingly high — especially for the thousands in the state eligible but still waiting for a COVID-19 shot.

“We hope it isn't accurate,” said Dave Dillon, a spokesman for the Missouri Hospital Association, the organization that published that study in January, citing a survey conducted in the first days of 2021 when Missouri was still in the middle of Phase 1A of vaccine distribution.

“I think that time has probably moved these numbers significantly,” he said.

Parson referenced the findings in his announcement that the state will move to open the vaccine to more people in the coming weeks.

“Part of why we are activating Tier 3 on March 15 is to make sure that there is a steady flow of people who are eligible and interested in getting vaccinated,” Parson said.

Dillon, however, said the issue of moving to vaccinate more Missourians is separate from the issue of vaccine hesitancy.

“I think the idea of getting as many people eligible as the supply of vaccine allows us makes sense,” he said. “Hesitancy becomes really important when we get to where we have a demand problem, not a supply problem like we have now.”

Dr. Randall Williams, the director of the Missouri Department of Health and Senior Services, has previously said there’s been “not nearly” the amount of vaccine skepticism in the population he’d expected, and just this week a DHSS spokeswoman said it’s hard to fully quantify hesitancy when demand outpaces supply.

“Right now we're just we're so far from being able to vaccinate everyone who wants it that it's difficult to really determine who doesn't want it,” said Lisa Cox.

Vaccinators and healthcare advocates continue to maintain though that reaching populations that might be nervous about or less likely to pursue the vaccine is important. The MHA survey shows Missourians who identify as conservatives, African Americans, and those living in the rural counties outside St. Louis are the most skeptical of the shot.

“So while I don't know if the numbers, because they are a couple of months old and opinions change are entirely accurate for today, I think it's really important that we continue to have the conversation about how do we break down the walls for hesitancy so that we get to that population wide immunity in the months ahead,” said Dillon.

Illinois Gov. JB Pritzker on Friday also addressed vaccine hesitancy. He said about 14% of the people they surveyed early this year said they would "never" get the vaccine, but people are more willing to take the shot as they see others getting vaccinated.

A Kaiser Family Foundation report also released Friday shows 55% of Americans either have gotten at least a first dose or are planning to get a shot as soon as possible.