A family says they're being illegally kicked out of their home for something that didn't even involve them. 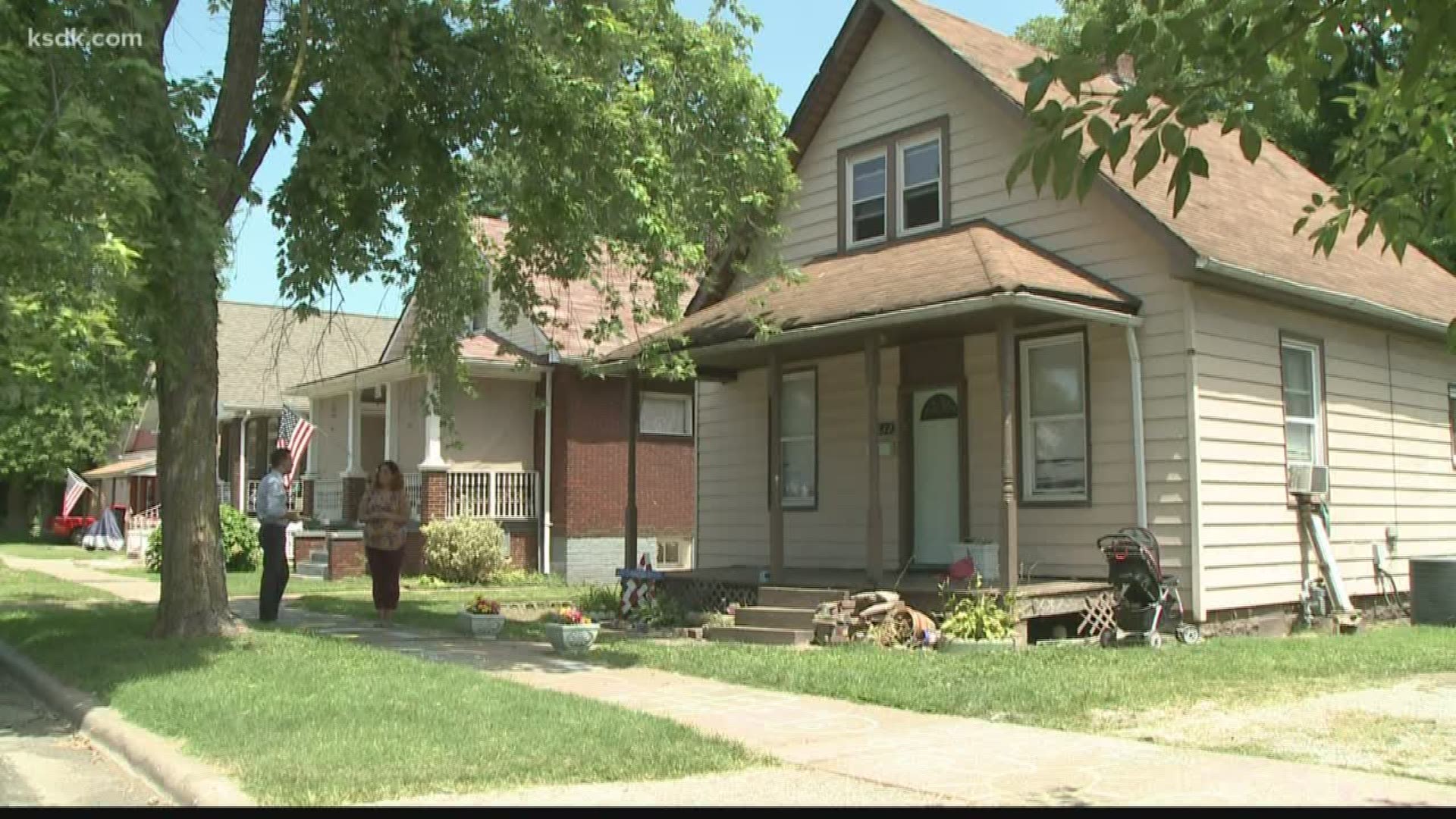 GRANITE CITY, Ill. — The chalk covered sidewalk outside Jessica Barron's home in Granite City is a strong indication of what she holds most dear.

"Kids come and go in my house all the time. I have three teenage kids. I have an open-door policy," she told 5 On Your Side.

In fact, Barron opened her home and her heart last September to a friend of her teenage son.

"He told me his mom was dead, his dad was in prison and he was homeless," Barron recalled about their initial conversation.

But all these months later, she believes that friend is now the reason she, her fiance and their three children could all end up on the street.

"That's why they're wanting to evict me," Barron said. "It's over him robbing the bar, our local bar."

Granite City has begun eviction proceedings against the family for violating its controversial crime-free housing ordinance.

The rule is aimed at trying to make neighborhoods and rental properties safer, but it also allows the city to evict tenants -- and their guests -- if they're caught committing a crime.

"Granite City's ordinance provides that Granite City can force you out of your home even if you did nothing wrong," said Sam Gedge, an attorney with the Institute for Justice.

In the case of Jessica and her family, her son's friend was sentenced to probation for burglarizing a neighborhood business.

At the time, she said he was only staying at her house occasionally and wasn't permanently living there.

And even though Jessica and her family were not involved in the crime and even turned him over to police, the city wants them out.

Gedge added, "This is a classic example of guilt by association and it's a profound due process violation."

It's why Barron and her landlord are now suing Granite City for what they believe is an illegal eviction.

They hope to stop the city and keep the home they've been renting and working to buy for two years.

"I hope I get to stay in my home. And if this happens to someone else, I hope they get the same equal rights," Barron said.

Barron said she is working to appeal the eviction through the court.

Here's what other people are reading right now: