Administrators have yet to decide if the students or coach will face any disciplinary actions. 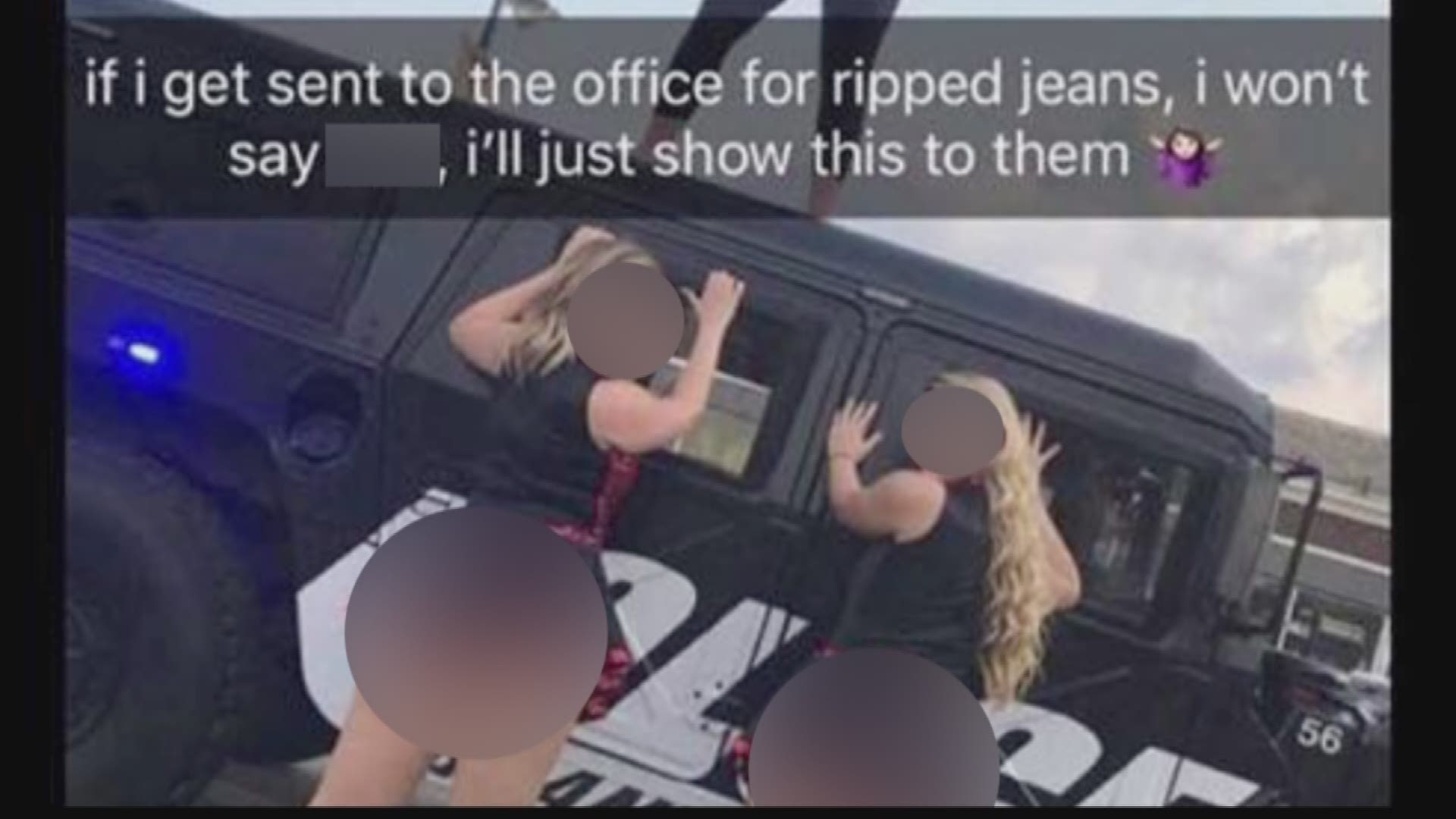 GRANITE CITY, Ill. — Some high school dance team members are getting some online attention here, and not the kind school leaders want.

"When I saw the photos I was very shocked, very disappointed, very surprised," said Granite City Schools Superintendent Jim Greenwald. He told 5 On Your Side he "knew immediately it was very inappropriate and they had crossed the line."

Greenwald says the photos were taken during a community outreach event with the Granite City Police. He said other student groups including cheerleaders, student council members, and volleyball players had taken photos with the police department but online the dance team somehow managed to take the "inappropriate" pictures."

Greenwald says he doesn't fault the Granite City police for their actions and couldn't say for sure how they were able to take the photos.

"We can't take back what took place but we certainly will continue to work to make sure people make better choices."

Greenwald said there is a special meeting of the Granite City Board of Education planned for Tuesday at 5 p.m. where disciplinary action for both students and the coach involved in the dance team photos will be discussed.