Green thumb bandit: Thief on the prowl for plants in the Metro East 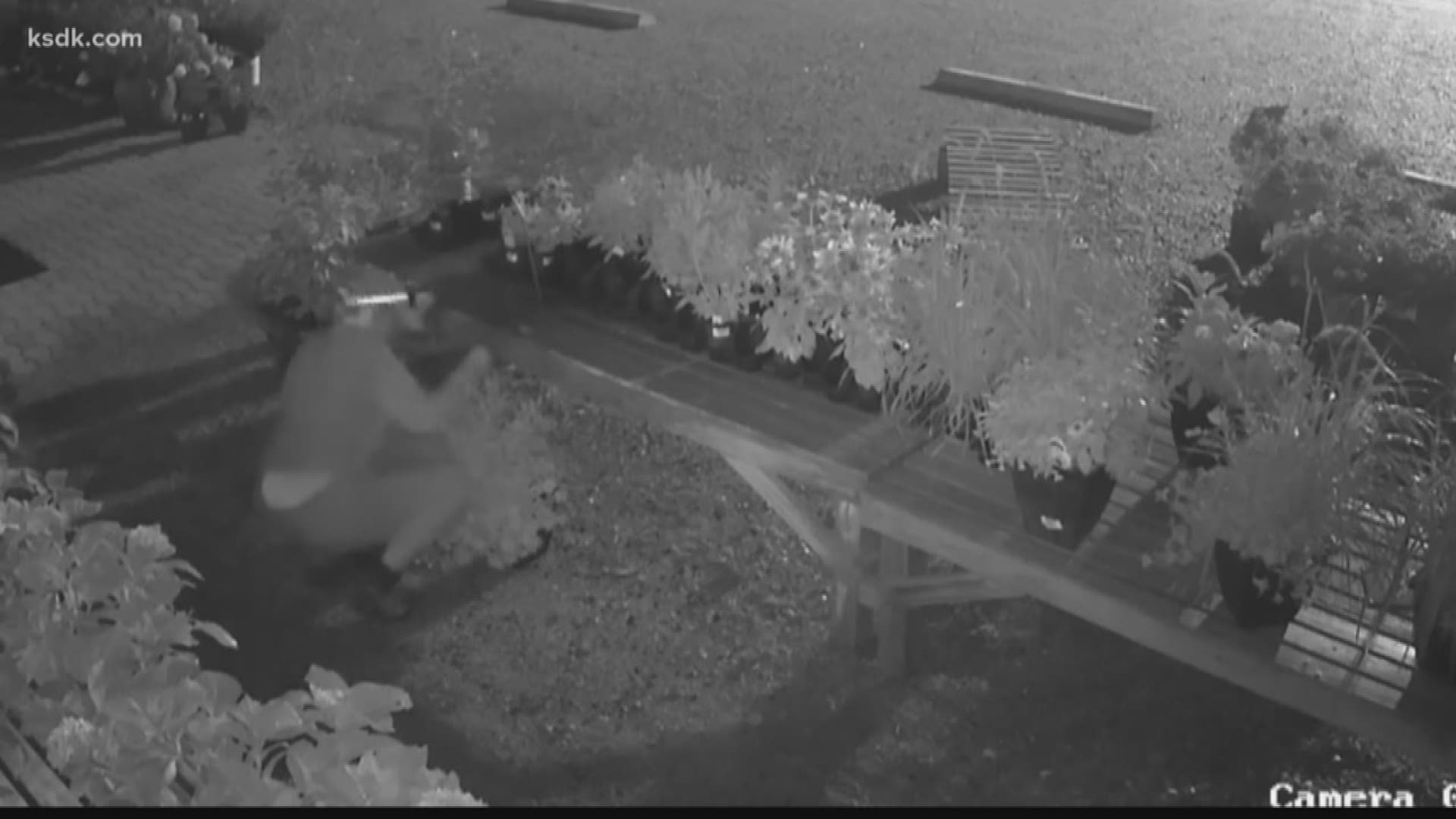 BELLEVILLE, Ill. — A unique type of crime is “sprouting up” in the Metro East.

At least three garden centers have reported thefts in the last month. Combined, we're talking thousands of dollars’ worth of plants and soil.

The stores include Sandy's Back Yard, Jacob's Market Basket in O'Fallon and Creative Landscapes in Fairview Heights.

Sandy's Back Yard caught the woman, who may be connected to all three burglaries, on surveillance cameras.

The plant pirate took everything from flower arrangements to hydrangeas.

Richter estimates at least a thousand dollars in losses.

"That doesn't sound like a huge amount of money, but it is to a small business owner," she said.

The deepest dig – the crook took arrangements Richter had been growing for months for one of her employee's upcoming wedding and then actually ditched them instead of taking them home.

"They were dumped over on the side, and we tried to salvage them and they’re not the same. They were absolutely gorgeous," said Richter.

So far, the St. Clair County Sheriff’s Department hasn't been able to identify the woman, but Richter’s cameras did pick up a few clues.

"She has a tattoo on her outer left calf, nice big tattoo and I think we’re going to identify her through that. She also drives an Infiniti FX35," she said.

Richter said judging on what all was taken, this thief likely has a green thumb.

"If I find someone with a plant like that, I’ll know because that’s an Aralia Sun King and not a lot of people know that," said Richter.

Richter’s confident no matter how much digging it takes, they'll catch this thief in the act.

"But we are going to prosecute to the fullest extent of the law and it was wrong what she did," she said.

In the meantime, Richter has ordered 2K surveillance cameras that will be installed Monday.

She said if this woman comes back, they'll be able to read her license plate.