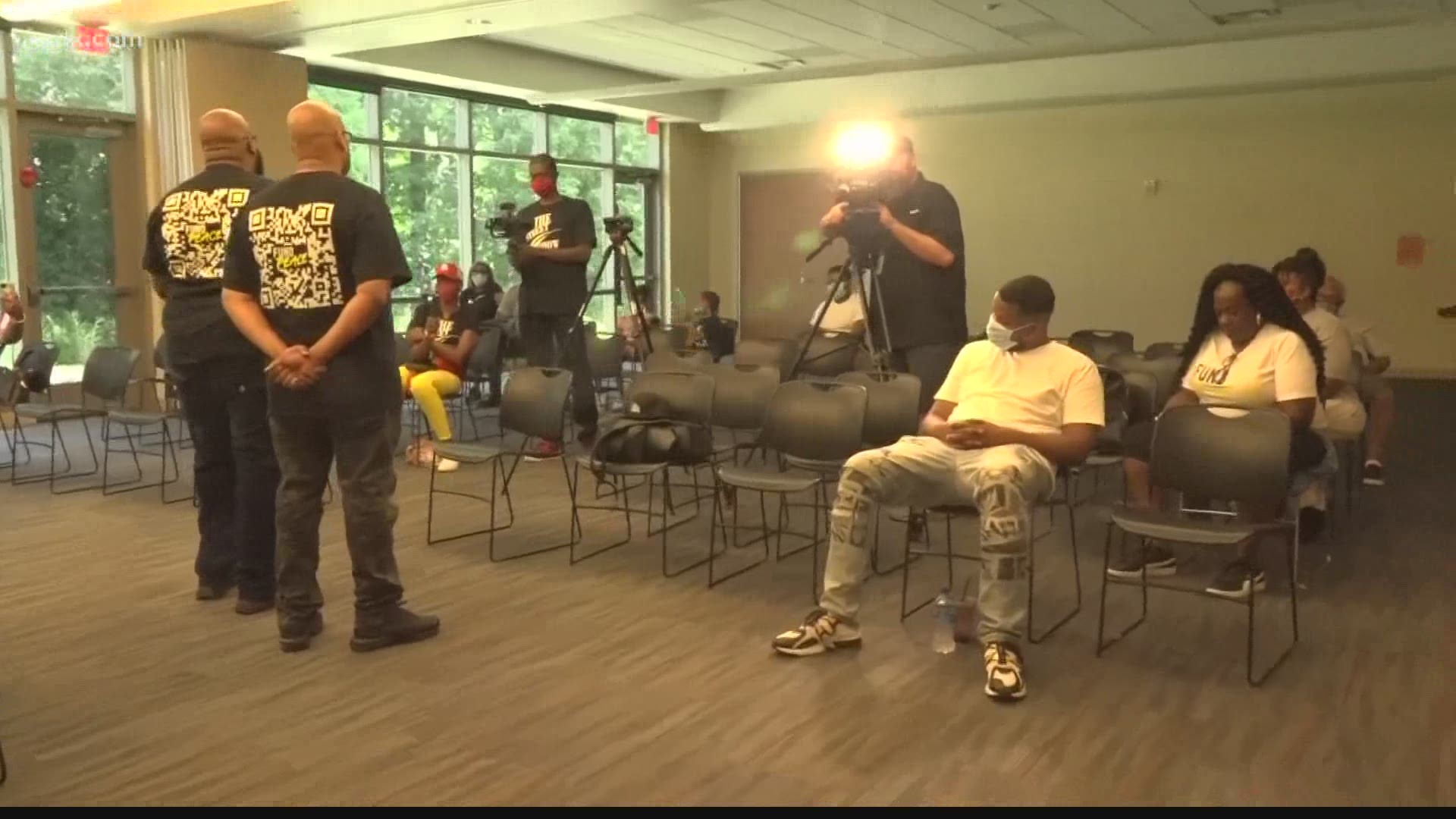 ST. LOUIS — A group of gun violence prevention advocates and experts are on a nationwide tour asking leaders of U.S. cities to use a portion of the money they received as part of the American Rescue Plan to make their communities safer.

Michael Long was there fishing in a peaceful O'Fallon Park Lake, but he said the peacefulness is deceptive.

"Every single day, I can hear some kind of gun violence," said Long. "You hear, 'Pow, pow, pow,' and then the sound of an ambulance siren — every single day."

Dr. Chico Tillmon, the group's spokesperson, said it wants 2% of state funds to go toward gun violence prevention, along with 5% of city and 5% of county funds. St. Louis received more than $500 million in rescue plan funding, while St. Louis County received nearly $200 million.

"The reason why we want to do that is because we're trying to heal communities and complement the work that individuals and public safety, particularly law enforcement, is doing," Tillmon said.

"It's ridiculous," he said, characterizing his experiences in the park. "About a month ago, I was out here fishing. Two guys pulled up, right in the middle of the park. As I was getting ready to drive off, one guy walked up to the back of my truck. I started my truck up and he started shooting."

Summit organizers said they hope to meet with St. Louis Mayor Tishaura Jones and Congresswoman Cori Bush while they're here.