City leaders are hoping the guns collected at the event can help cut crime. 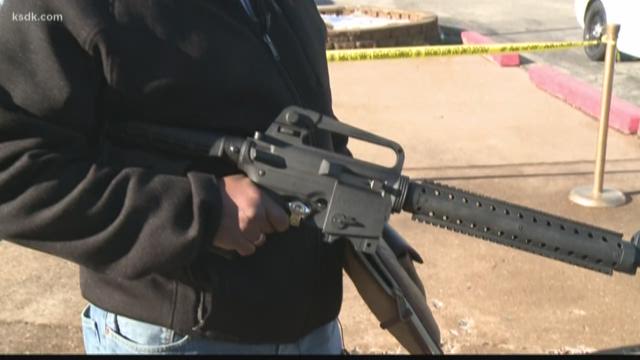 Hundreds of people sold their guns and waited in long lines to do it. It was all part of the city of St. Louis' gun buyback program. It was the first time the city held such an event in 10 years. Organizers say this event will take some guns off the streets and cut down on crime.

"Take them out of their hands that's one less gun on the street, " said Donald Long, a man who turned his gun.

People came out in droves to hand their guns over to police.

"Put them in the hands of the right people," Long said.

Donald Long donated his .22 rifle. Not just for the money, but because he knows the importance of getting guns off the streets. Unfortunately, he knows this first hand.

Long was shot and robbed when he was leaving a casino.

"If he wouldn't have had a gun, I maybe would not have got robbed,” Long said. “I could have got away and taken off running."

He also lost three people close to him after they were shot and killed.

"It's due to a gun,” he said. “I'm sure if [the gun] would have been off the street that crime would have never happened."

It's a story far too many people in St. Louis have to tell.

"We know that we've had 203 murders so far this year, that is heartbreaking," said Lyda Krewson, Mayor of St. Louis.

City leaders are hoping the guns collected at the event can help cut crime.

The guns that were accepted were handguns, long guns, and semi-automatic and automatic weapons. People who attended received $100 for handguns, $150 for shotguns and rifles and $200 for assault rifles.

Police are happy to get guns out of the hands of criminals, especially sawed-off shotguns.

"These have one intention, one purpose for this type of weapon and that's criminal," said Interim Police Chief Lawrence O' Toole.

A number of stolen guns were turned in as well.

"I can say very clearly that today folk will not be killed by the weapons we have taken today," said Jimmie Edwards, the director of public safety for the city of St. Louis.

Long says the program is a start, but he went on to say more needs to be done.

"Create jobs,” he said, adding, “and you have to pay people more than minimum wage."

The Mayor's office says approximately 842 guns were collected and $111,450 was handed out.

The event drew so many people that some were turned away. Organizers say because of that they will hold another one in the future.