The company makes coffee tables, bed sets, even lamps that let you store your firearm within easy reach. But what's hard to get, complained some customers, is the furniture that they already paid for. 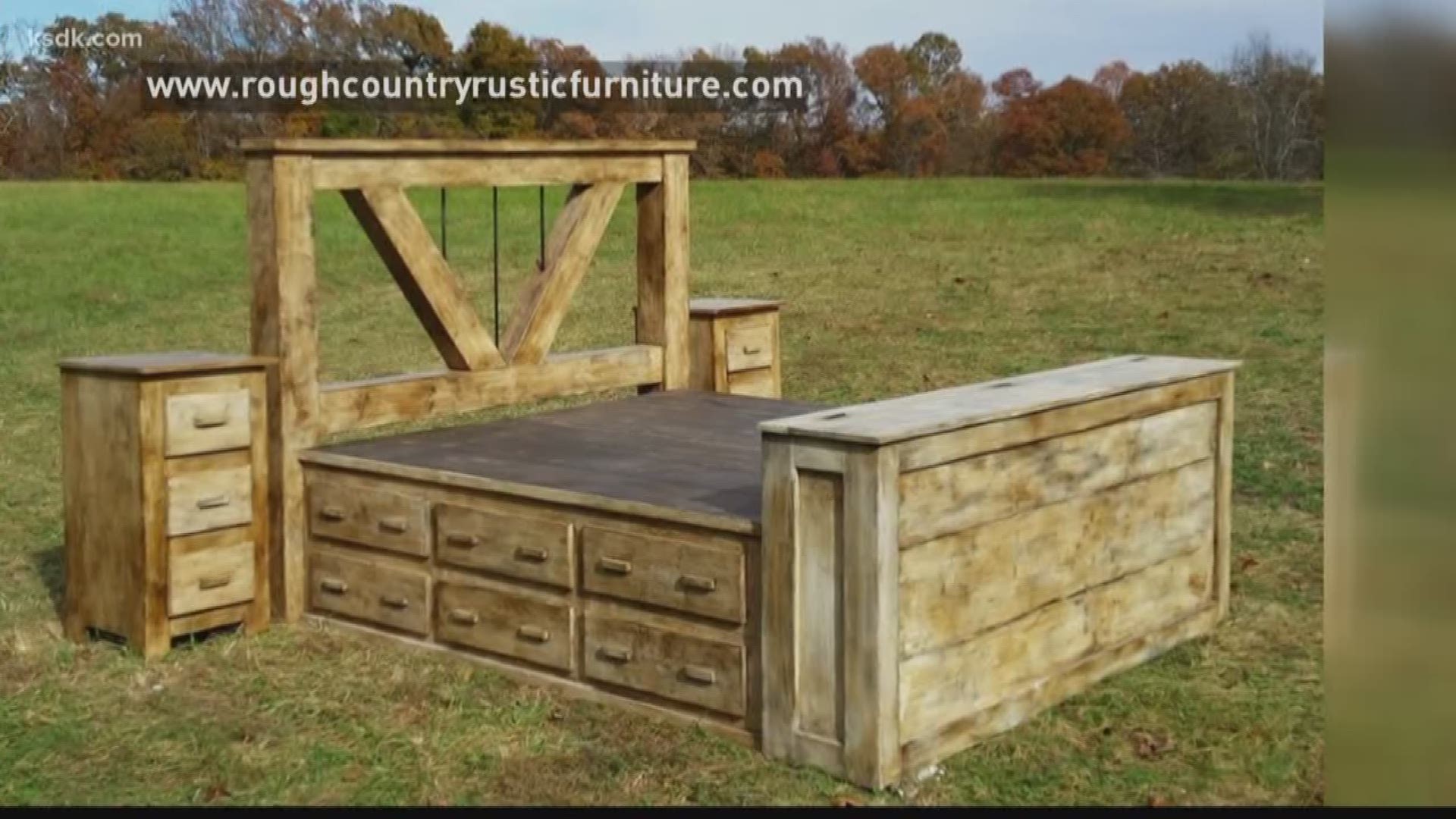 ST. LOUIS - Gun owners around the country are angry with a Missouri business they claim took their money and ran.

The company makes coffee tables, bed sets, even lamps that let you store your firearm within easy reach.

But what's hard to get, complained some customers, is the furniture that they already paid for.

"That's what lured me in because I’m also a vet," said Steve Rushton, a customer from Florida.

So, Rushton ordered a $1,600 bedroom set in December 2016. But he said by last April, he still hadn't received his order.

"They gave me some excuse about some secretary they had that messed something up. I was like 'well, what the corn bread hell! What are you going to do about my money?'" said Rushton, who said he still hasn't received a refund or any correspondence from the company since April 2017.

"Their stuff looks very nice on their page. And they have rave reviews," said Erik Wacker, former customer from Wyoming.

Wacker moderates a facebook site for other unhappy customers.

"[Customers] are handing them money. But next thing you know they're coming to our group asking for advice saying 'what can we do? We're not getting anything, they're not returning emails'," said Wacker.

They said they've received more 200 complaints about the company.

"The company failed to respond to any of those complaints," said Don O'Brien, Investigator with the Better Business Bureau.

That's part of the reason O'Brien says, the business quickly earned an F-rating with the BBB.

"We're getting over 100 complaints over a month about a company like this. That's unseen," said O'Brien.

In some cases, consumers said they got their order, but It was not what they were expecting.

"They did not put the final touches on some of it. So, my husband and his friends are sitting here painting the finishing coat on," said one customer who posted in Wacker's Facebook group.

"The buck does stop with me," said Joseph Ross, the owner of rough country rustic furniture. In December 2017, he posted a video tour of the company's factory on Facebook.

"I am the owner and I am ultimately responsible for construction and the problems we've had with previous contractors and previous employees but it is my fault and I take responsibility," said Ross in the video.

In fact, in an email, Ross told the I-Team the problem was with a contractor he had been using to make the furniture. Someone he says he plans to sue.

In the meantime, the I-Team found several recent civil lawsuits filed against Rough Country Rustic Furniture in which they lost nearly $90,000.

Anyone who wishes to file a complaint against the company is advised to contact the Missouri Attorney General's office.

Thanks for reaching out to us. We have had some complaints and would love to disclose to you what has been happening with our company. Unfortunately, we have a pending lawsuit against our former contractor and his employees that inhibits us from disclosing certain aspects of our recent business downfalls. I can tell you that we have had certain employees that have intentionally sabotaged our business which has greatly impacted our production. We have every intention of fulling every order received, but it has taken and will continue to take some time for us to recover. We are extremely apologetic that our customers have had to suffer for mistakes they did not make. We do try to create some understanding with our customer base by filling them in on what's been going on over the past several months. Most are very sympathetic and agree to wait for their order. Others are understandably frustrated and wish to cancel, which we oblige. Some go so far as to create groups and call us a scam or a fraud as well as slandering and harassing our family, friends, and business. Rallying people to contact news outlets, such as yours, in an attempt to have us shut down. We are most certainly not a scam, just a business that has hit some very rough patches and are doing everything we can to recover and improve for the future. As far as communication with our customers, we do make it known that it may take 3-7 days for us to get back with them via email as we get thousands of emails on a weekly basis and want to ensure we give them the most accurate and up to date information. Also if a customer receives their product and are unsatisfied with the item(s), they can reject or return the shipment for a full refund. You are welcome to come down and tour our 27,000 square foot facility any time and we can walk you through what we are doing to improve and the work we do here on a daily basis. If you don't wish to do so, I can provide you with photo's, video, and customer reviews that show more than one side of the story, the bad side. We service over 40,000 customers per year and while we aren't proud of the poor reviews or complaints, they do make up a very small percentage of our overall customer base. We have thousands of satisfied customers. We will continue working hard to regain our reputation. Again, thank you for reaching out and please let me know if you need anything else.