'He might be hiding now, but God sees where he’s at' | Family of murdered 7-year-old pleas for justice

Dmyah Fleming's father was about to surprise her with a new PlayStation when the two were gunned down outside his house, family says 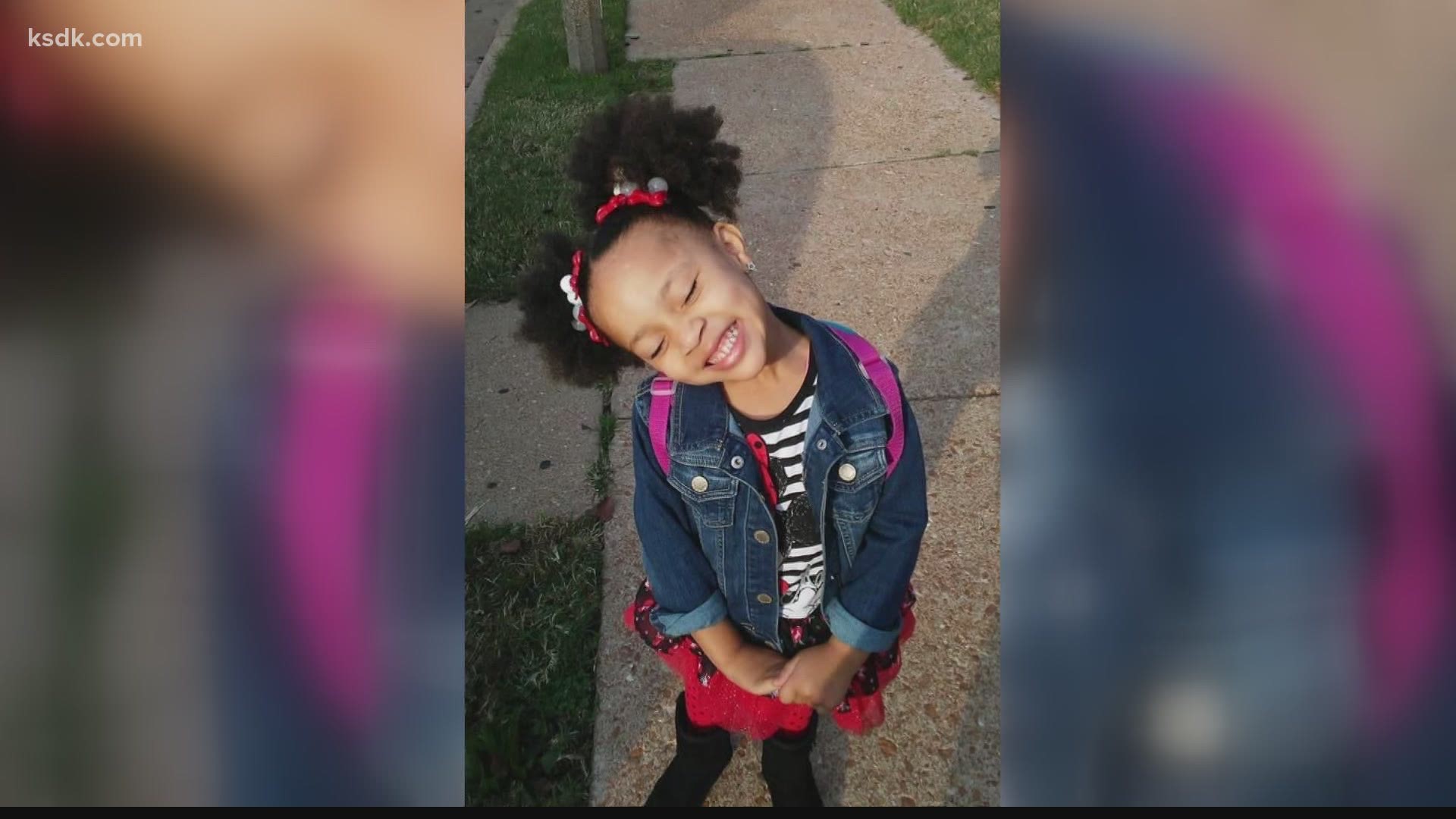 ST. LOUIS — Nobody is to blame for the murder of 7-year-old Dmyah Fleming and her father but the person who pulled the trigger.

That’s the message Dmyah’s family has for the killer – who is still at large – and people commenting on social media blaming her father, 26-year-old Darrion Rankin-Fleming for her death.

“He’s supposed to be a father, be in her life…No father should pick up their child up and drop them off if that’s the case. He’s not the reason. The guy who pulled the trigger is the reason Dmyah is dead…The world feels this tragedy. This is a child. She’s innocent. She never did nothing to nobody.”

Tears streamed down Johns’ face and she shook with emotion during an interview with 5 On Your Side Tuesday.

He also had warrants for unlawful use of a weapon and resisting arrest stemming from an incident in Breckinridge Hills, and a warrant from the U.S. Marshals for possession of a weapon, according to the sources.

Johns said Rankin-Fleming was no longer with her niece, Dmyah’s mother, but the two co-parented together. He never missed his daughter’s birthday, her first days of school or an important moment, she said.

“If he was your target, why did you hurt her?” Johns said. “She didn’t deserve that.

“They always think a kid can identify them but when a child is traumatized like that, all they see is a gun and hear the shots.”

She said Rankin-Fleming had just stopped at his house in the Central West End Saturday night to get a PlayStation 5 he had bought his daughter. He was about to bring her back to her mother’s house – but they never made it.

“We don’t even think they made it in the house because the PS5 and all that stuff was still in the house,” Johns said.

She said the family called Dmyah ‘Ola’ -- short for old soul, because she would say and notice things most kids her age didn’t.

Recently, one of her teachers at Confluence Academy was having a bad day. Dmyah was the only one who noticed. She took her teacher’s face in her hands and comforted her, said her mother, Janiece Johns.

Janiece Johns was too distraught to do an interview, so she asked her mother's sister to speak on her behalf.

Dmyah was also terrified of guns, or any loud noises. She hated the Fourth of July. And she would run if she ever heard any popping noises, Selena Johns said.

“We could have lived with her being traumatized, being there seeing this happen to her father, but to do it to her? You didn’t have to do it to her. How could you do that to her? She was just a baby.”

Johns said Dmyah had two younger half-sisters, and wore her title as big sister proudly. She spent her last weekend on earth baking cakes with her father’s mother. She had plans to sell them for $5 each.

“Three dollars if you were family,” Johns quipped.

Dmyah was her paternal grandmother’s first grandchild, and her father was her first child.

“Our families are going through a whole lot right now,” Johns said.

The only thing helping the families through the days that have since passed is prayer, she said.

“He might be hiding now, but God sees where he’s at, and trust me, He’s trailing him,” Johns said. “I hope you have a heart and turn yourself in, but if not, God will bring justice.”

Police are asking anyone with information to call CrimeStoppers at 866-371-8477. 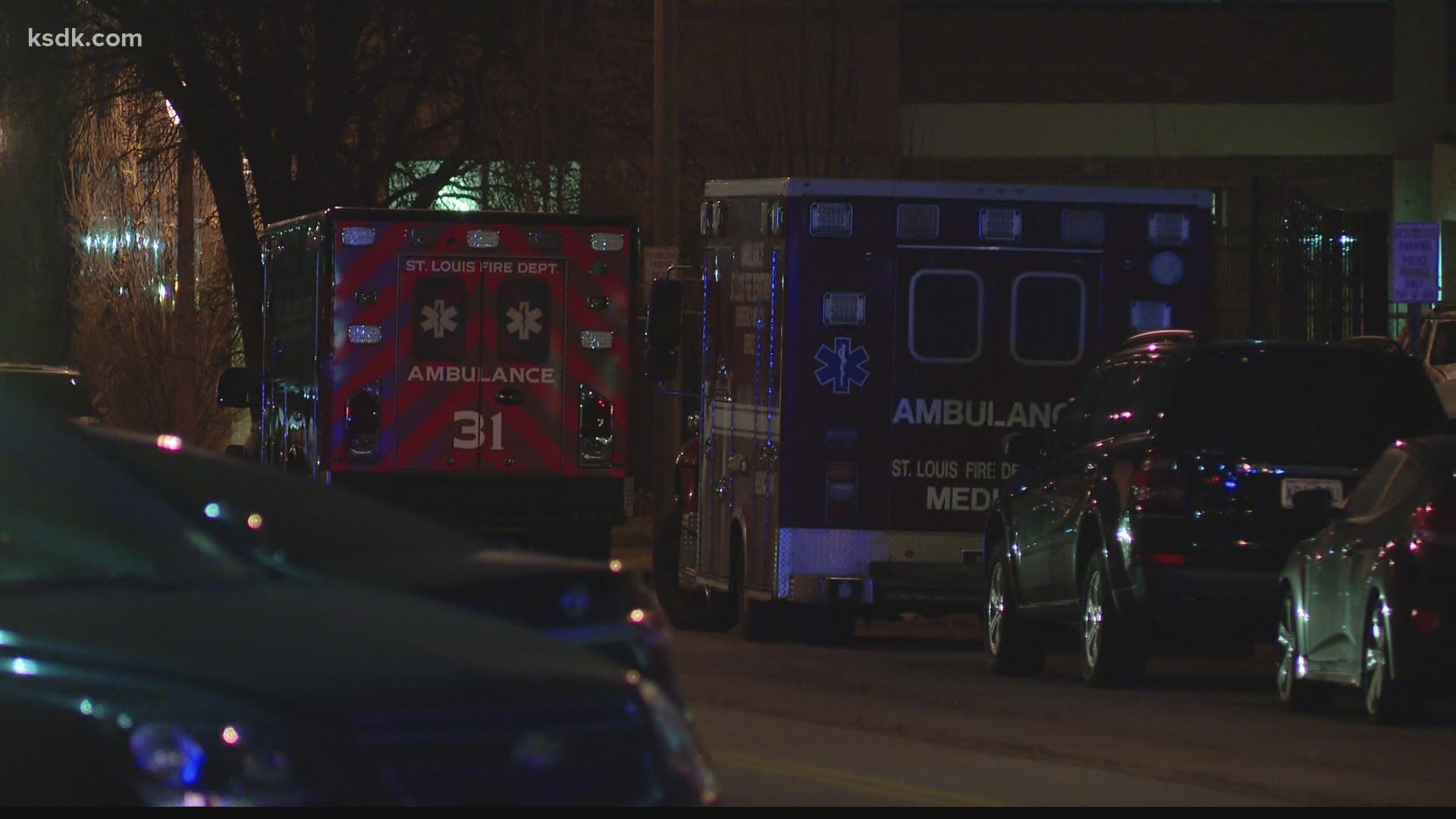