"Just hate to lose young boys and young black males at such a young age whether it be to violence or accidents like what happened to my nephew." 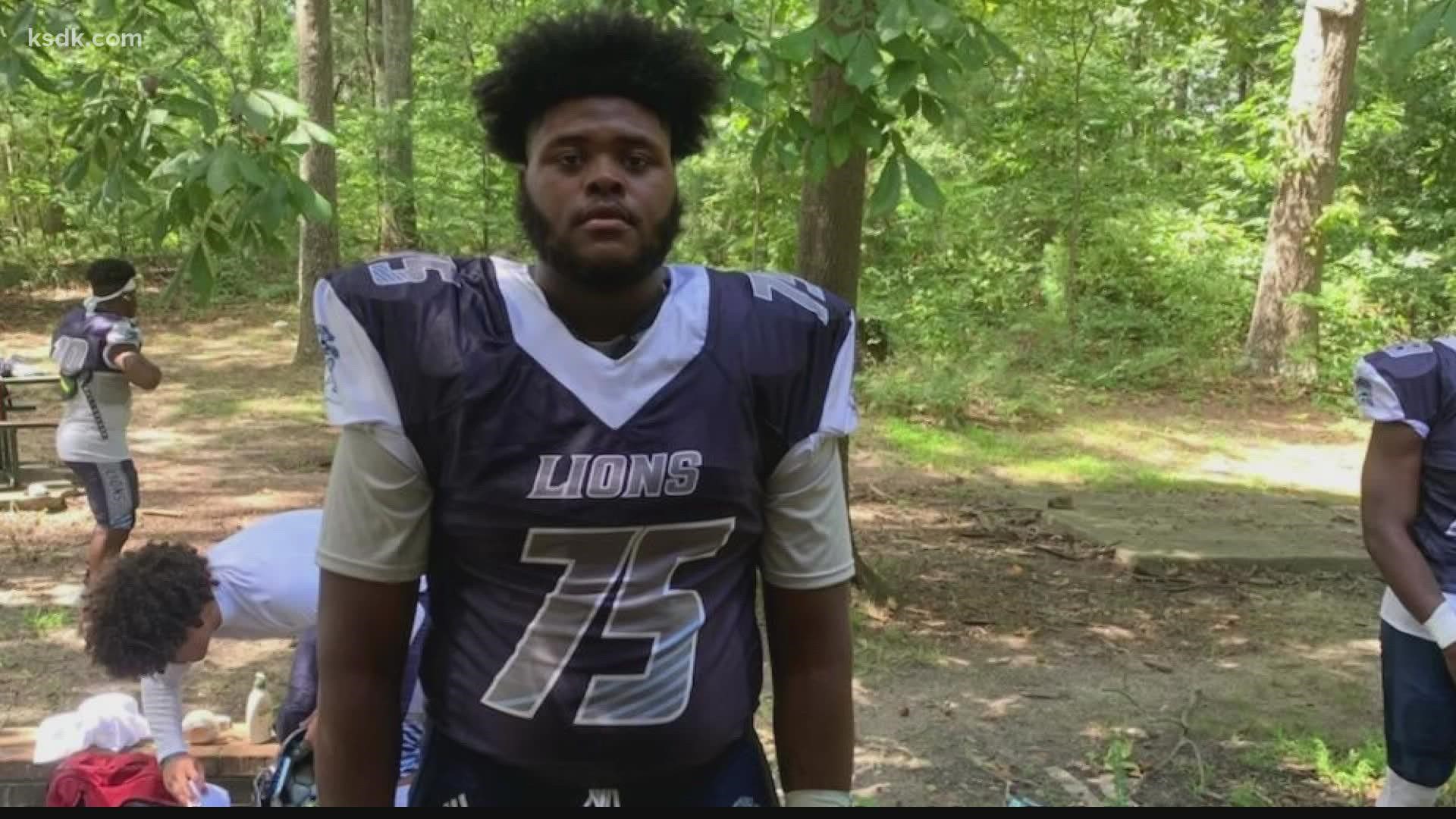 “I’ll never forget the first day I saw this kid, and I’m looking up at him like you’re a freshman,” Smith said.

The big baby, as coach Smith described was Jaumarcus McFarland-Tipler.

“He was massive, but he had a gentle heart, kind to everyone but you know when he got on the football field he was able to unleash some things,” Smith said.

“He wanted to make his family proud, one of the things he always talked about was being able to play football in college,” his uncle Dr. Xavier Tipler said.

But four years ago, Jaumarcus went through some dark days when his father died. Tipler mentioning, Jaumarcus had some hurdles to overcome, and he was just starting to see the light at the end of the tunnel when he enrolled at Chaminade Prep Academy in Atlanta a month ago.

“He was enjoying himself, you know he was back playing football, he was working on getting his high school diploma,” Tipler said.

That’s when the terrible news broke Tuesday. In an elevator with 16 of his teammates, it collapsed leaving Jaumarcus stuck between the 2nd and 3rd floor, where he was later pronounced dead.

“I couldn’t believe it,” Coach Smith describing the moment he got the news.

His uncle had the same feeling until he got a call confirming the tragedy.

“Once my mother called, you know just hearing her cry on the phone I knew that it was definitely real,” he said.

With the loss of his brother four years ago, Tipler now had to cope with the fact his nephew didn’t get to live out his dreams, but he said his legacy will always live on.

“He was you know a big guy, but a soft heart, a gentle giant you could say,” Tipler said. “Just hate to lose young boys and young black males at such a young age whether it be to violence or accidents like what happened to my nephew, so you know he’s definitely going to be missed.”