Here’s what you need to know about the watch party in St. Louis for Game 6

It’s free and open to the public. A ticket is not required for entry. 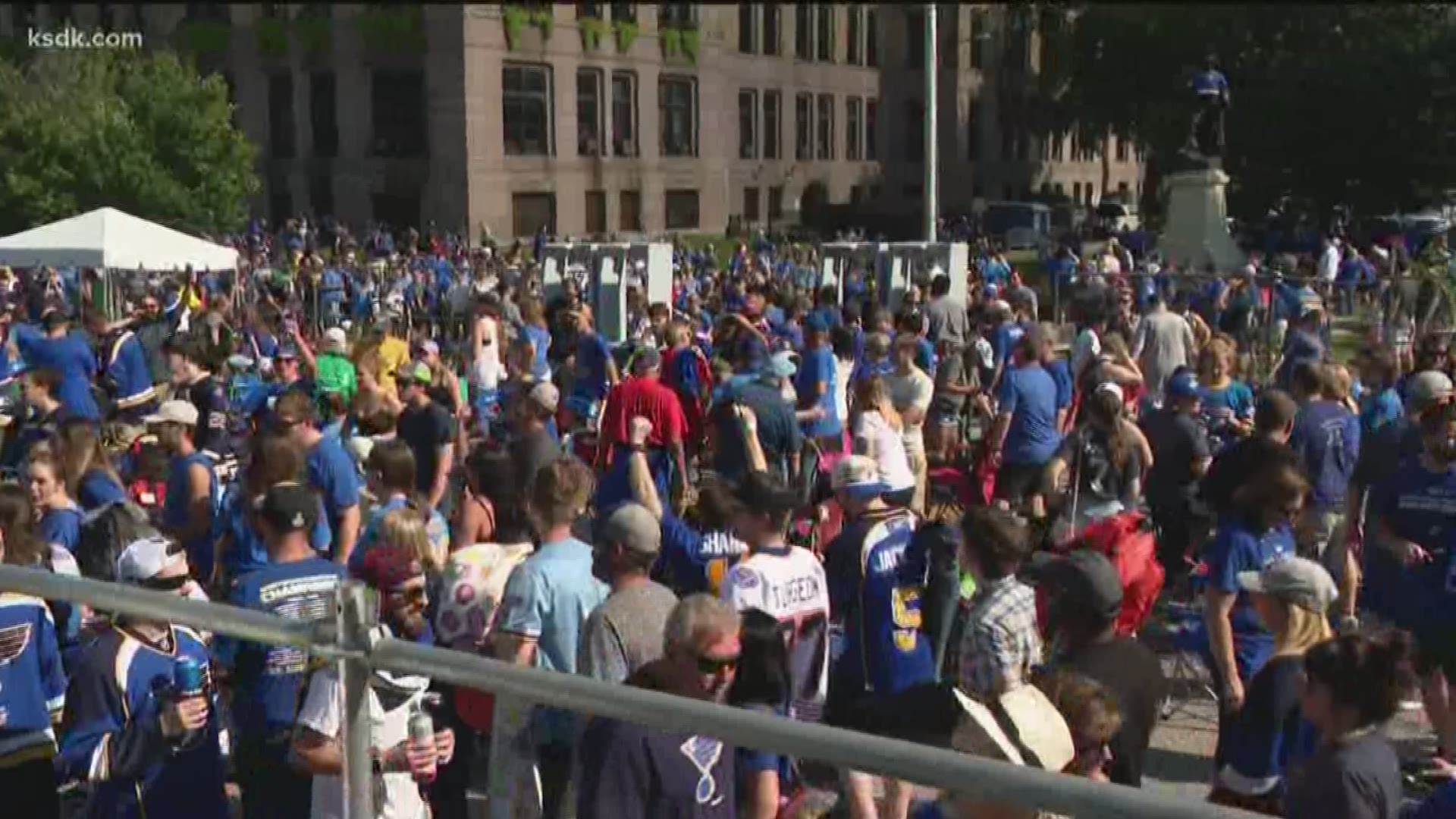 ST. LOUIS – The Blues and NHL will bring its Stanley Cup Final Game 6 watch party to Market Street on Sunday.

It’s free and open to the public. A ticket is not required for entry. Anyone who is not going to the game is welcome to stay to watch Game 6 on three giant television screens.

But the party was at capacity before the game even started. As of 5:45 p.m., people were not being allowed into the party along Market Street although hundreds of people remained in line.

The event will have food and beverages – including water, soft drinks and beer. There will also be official Stanley Cup Final and Blues merchandise on site from STL Authentics.

The gates open at 3 p.m. and there will be a DJ on stage, at 7 p.m. the puck drops and the watch party begins.

In the event of potential unfavorable weather conditions, staff members of the NHL, St. Louis Blues, St. Louis Metropolitan Police Department and St. Louis Fire Department will consult with the National Weather Service to determine the course of action for attendees of the Stanley Cup Final Party.

If clearing of the area is deemed necessary, communication to attendees will be messaged on the big screens at the event along with announcements via the concert stage over the PA system and social media. Attendees will be instructed to vacate the area through the four exits of the Stanley Cup Final Party and directed to seek shelter or return to their cars.

To attend the 2019 Stanley Cup Final Party, all fans will need to enter the event grounds by passing through a security checkpoint. Downtown will be busy and you will want to allow extra time to arrive at the festivities early!

Beginning May 29 until at least Sunday, June 9

Short term parking for those wishing to visit STL Authentics for St. Louis Blues apparel will be done on Clark west of the parking cutout on the street

Street closures will be in effect beginning June 8 through the end of the event at the following locations:

Chestnut between Tucker and 13th Street

13th Street between Pine and Market

All lanes of 14th Street between Clark Avenue and Market Street will be closed on June 9.

What You Can Bring:

Hey Boston, quit crying us a river of whine

Can't get enough of this Blues playoff run?

5 On Your Side's Sports Plus Podcast will be releasing new "Blues Plus" episodes before every game of the Stanley Cup Final to give you the latest news, commentary and storytelling around this magical run.

You can listen to the latest episodes in the player below or by clicking here.

KSDK's Sports Plus Podcast is available for free on all podcast apps and services.