The on-court fight ended up spreading to adults in the stands. 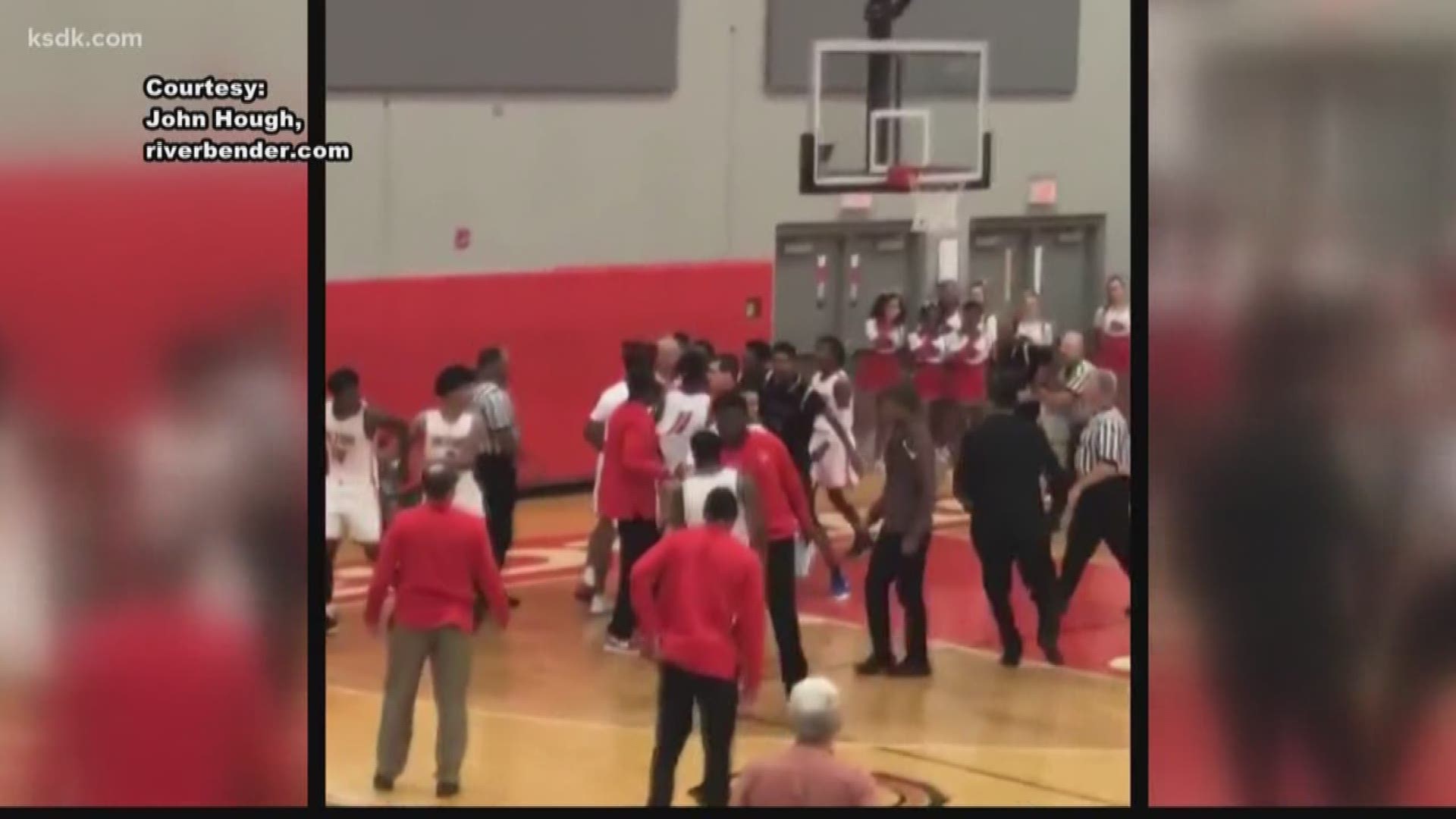 A game between Alton and Riverview Gardens got out of hand after a scuffle among the players.

The on-court fight ended up spreading to adults in the stands.

Alton Athletic Director Jeff Alderman confirmed both teams received a forfeit loss as a result of the brawl, and the remaining weekend games of the Alton Redbird Tip-Off Classic have been canceled.

Alton, Riverview Gardens, Althoff, O'Fallon (Illinois), Carbondale and Ritenour were slated to compete in the tournament.

Alderman said further discipline will be determined after investigations are concluded.

"Riverview Gardens School District is investigating the incident. RGSD has a long tradition of athletic integrity and excellence. This unfortunate incident is not representative of the athletic culture that exists in RGSD."

"This is without question an unfortunate and embarrassing incident that is very serious. We are continuing to work with law enforcement to investigate and identify all parties involved. Due to student involvement, I cannot comment any further at this time."