"I just want her to feel all the love and support from the community when she sees people walking down the streets in these shirts," Hewitt said. 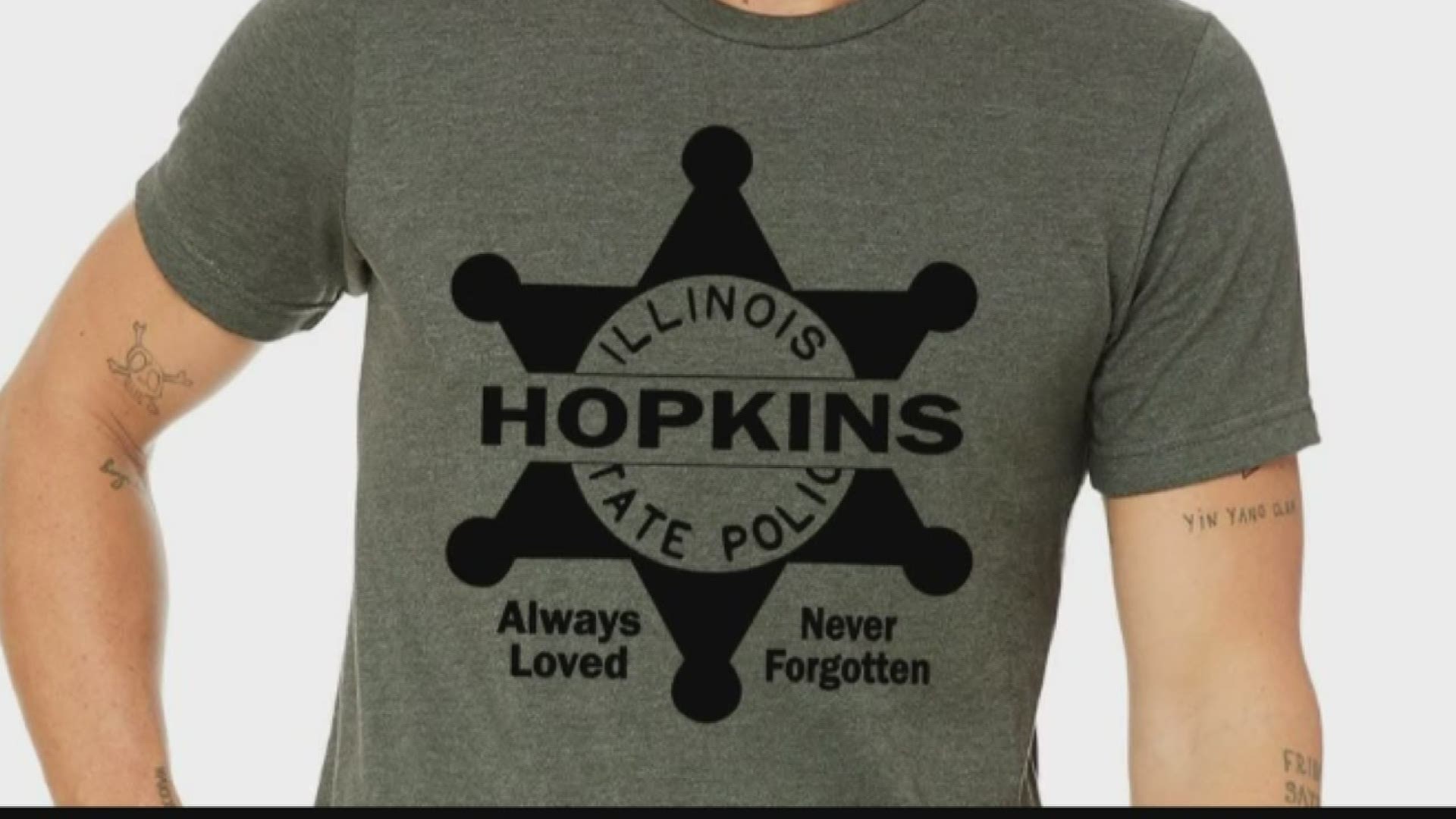 There's been an outpouring of love in the community of Waterloo, Illinois, after Trooper Nicholas Hopkins was shot and killed in the line of duty.

As the family grieves, neighbors are doing whatever they can to lift them up during this difficult time.

"He was friendly with anybody that he came across with," One high school friend said, "he was willing to help anyone."

For those who knew Trooper Hopkins, many would say it was his smile, and his kindness that stood out.

Behind the badge, it was his big heart, that touched so many.

Hopkins helped so many people in his life and now the community is returning the favor, by offering help to his family.

But the support doesn't stop there.

Two high school friends teamed up to assist his wife and three children.

Ashley Hewitt has been creating t-shirts at home for the last three years, but this may be her biggest project yet.

"After this happened, there was his badge that everybody was reporting. I wanted to do that apart of the shirt design, so I mocked something up," Hewitt said.

Before clicking send for the design, she made sure Hopkins' wife had the final say. She tells us that she worked with her to create the design to tweak things that Nick would like.

Colin Caywood is also on board to make sure everyone can rock these shirts.

"My effort is get the word to market it as far out as we can to show support not just from the community but across the United States," he said.

It's Hopkins impact on the community, that has caused them to help his family in any way possible.

"I just want her to feel all the love and support from the community when she sees people walking down the streets in these shirts," Hewitt said.

They already have 2,000 orders. All the proceeds will go directly to the family.

The preferred method to donate funds should be made to the family of Trooper Nick Hopkins by visiting the Illinois State Police Heritage Foundation website, here. But you can also head to the Waterloo Police Department to donate, as well.

If you'd like more information on how to get a shirt or if you'd like to help out with ideas on how to ship more shirts, you can contact them at swillinoisfireincidents@gmail.com.

RELATED: Police: 19-year-old charged after bailing out of moving car with 3 children inside