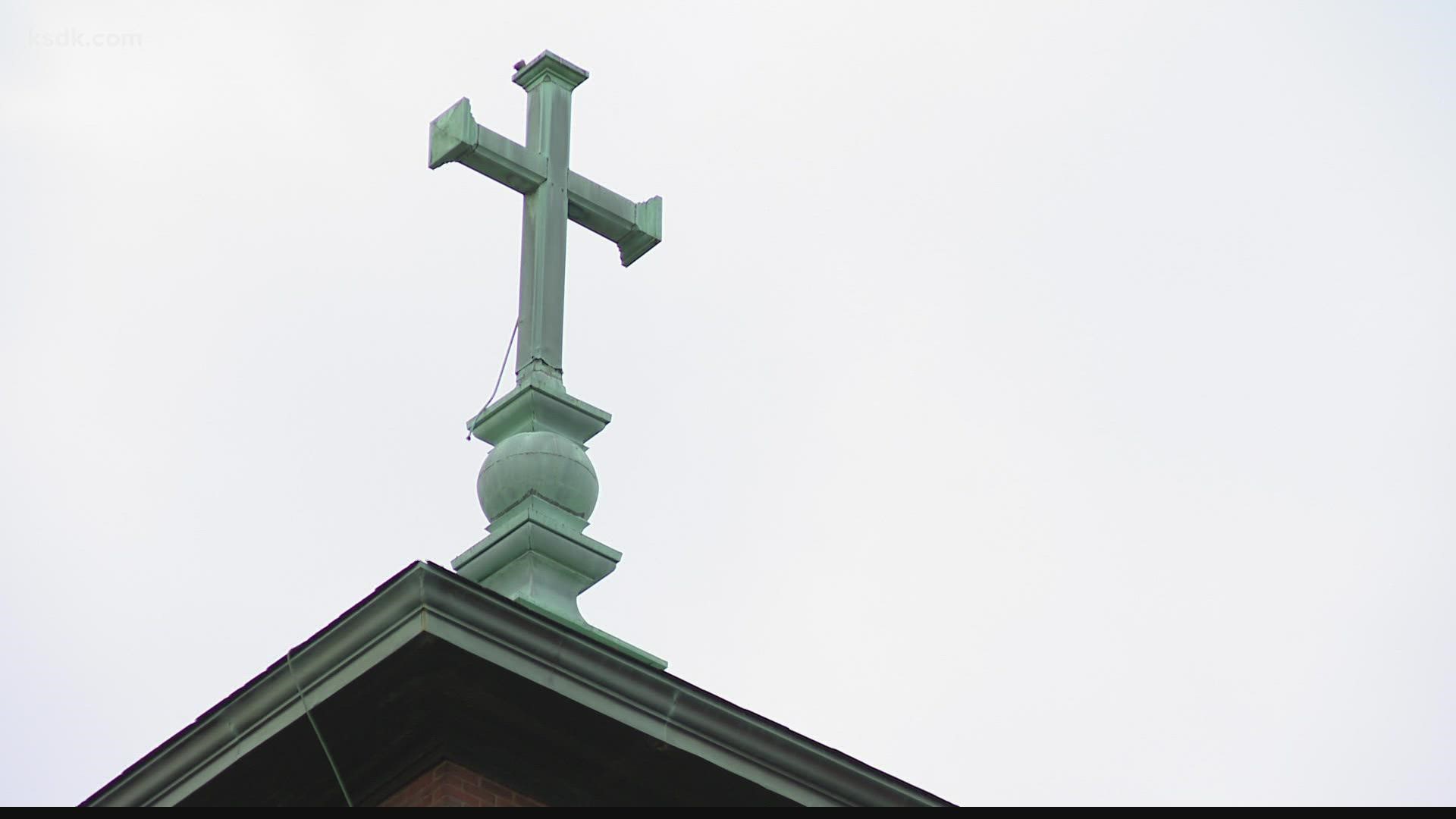 ST. LOUIS — A local pastor is praying for change after his church, which is a city landmark, was picked clean by criminals.

Since 1916, the building that now houses the New Jerusalem Cathedral of the Church of God in Christ has stood proud over the intersection of East Grand & Emily.

"It means a whole lot to the community,” said Pastor Terry Williams.

The building is a city landmark, but you might not know it because it’s so badly damaged.

Thieves stole all of the electric wiring from the building to the power pole along with all of the copper components and door handles, breaking the windows, and taking the toilets along the way.

"It hurts because it was vandalized,” said Williams.

Things inside the sanctuary have gotten so bad that it's no longer safe for Sunday service, so they've moved the pulpit outside into the parking lot.

"We just trust God to come in and help us, show us, and lead us where to go and put us in the right place with the right people that can help us,” said Williams.

With help from other religious groups, Pastor Williams believes the church can be restored to its former glory despite the estimated $1.5-milion price tag.

While the task may seem monumental, they’re starting small and trying to tackle a project per Saturday.

"I wish everything could be done overnight,” said Williams.

As the cleanup of the cathedral continues, Pastor Williams hopes to set an example for the rest of the College Hill neighborhood.

"We're not just a vacant building,” said Williams.  “We're here, and we'll be passing out food.  We'll be praying for those that want prayer.  We'll be taking names and numbers letting them know that we are here.  We're coming back!"

If you would like to donate to the New Jerusalem Cathedral of the Church of God in Christ you can do so on CashApp via $emwicogicstl or $elbethelcogicstl.

RELATED: Historic church to be redeveloped as Gospel Music Hall of Fame in plan backed by Steve Smith