Big plans were in the works for the Goldenrod showboat, but it couldn't stand up to mother nature after more than a century on the water. 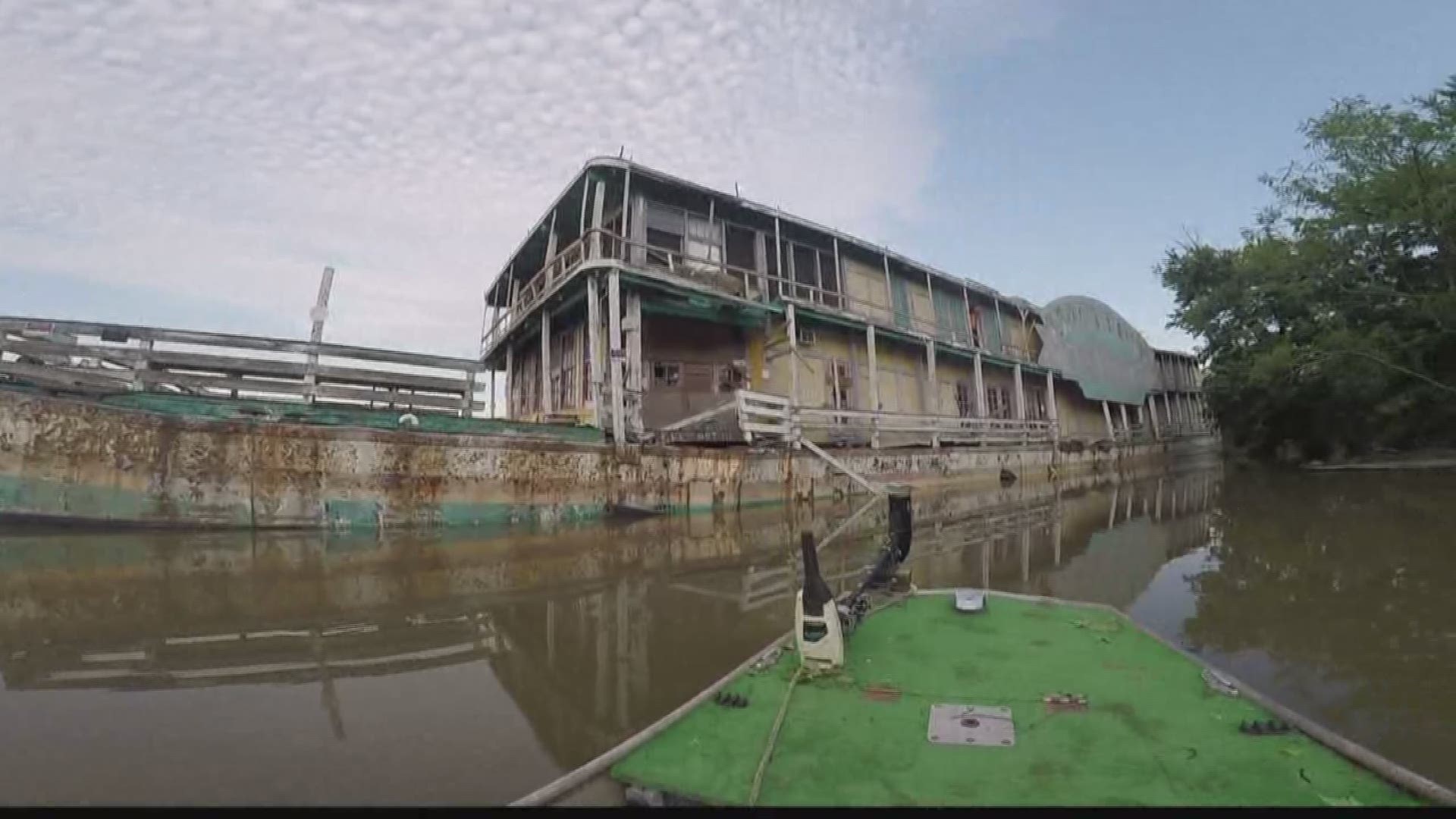 Big plans were in the works for the Goldenrod showboat, but it couldn't stand up to mother nature after more than a century on the water.

"It was designed to last 15 years, so it's beat the odds," said Jacob Medford, Vice President with the Historic Riverboat Preservation Association.

The Goldenrod showboat's rotten planks once hosted some big names, putting St Louis on the map.

After nearly 100 years on the water-much of it in St Louis — the Goldenrod river boat couldn't fight off recent rising flood water. It lies on the banks of the Illinois river, just a few miles north of Kampsville, Ill.

"Our pumps on board broke last month and we hadn't had a chance to get them back and running," said Medford.

There is about eight feet of water in the boat right now, and  crew members are currently searching the inside to see what's salvageable.

Luckily plans to recreate the Goldenrod theater and museum on dry ground are alive, and wont be deterred.

"Last year we took everything from the interior and preserved it. It's all safe and preserved," said Medford.

Members of the non profit will be back in two weeks with pumps to help get rid of some of the water.