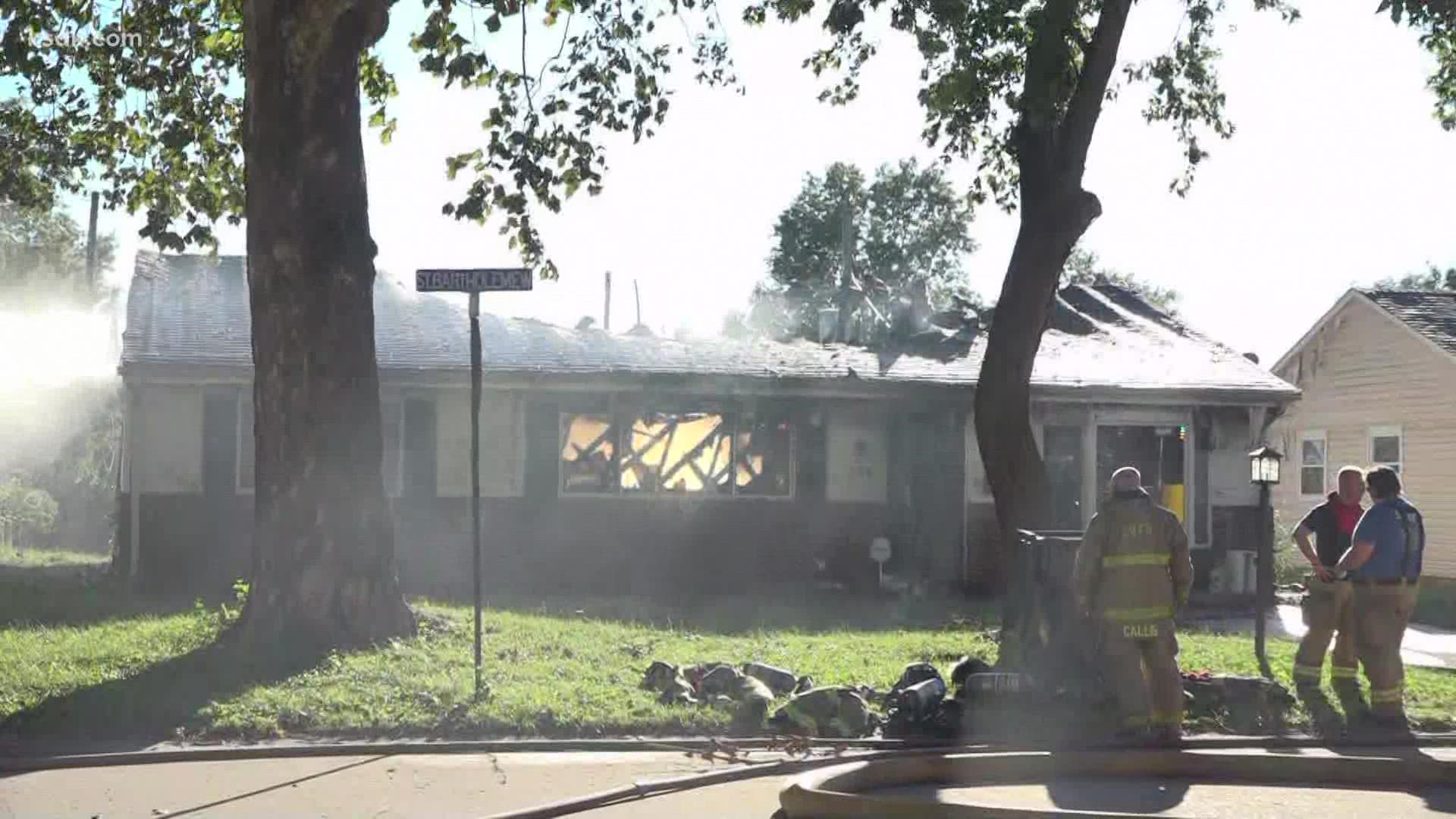 CAHOKIA, Ill. — Firefighters worked to put of a house fire in Cahokia Heights Thursday afternoon after the occupants of the house made it out safely.

Firefighters said they were called to the 800 block of St. Bartholomew Drive at around 3:45 p.m. When they arrived, they found the home extensively damaged by the fire.

Firefighters were still working to extinguish the fire at 4:45. Six departments worked to help put out the fire.

Firefighters said the lone occupant in the home was able to escape the burning home.

Photos from the scene showed the roof of the home destroyed and the frame of the home was showing.

No word yet on what might have caused the fire.