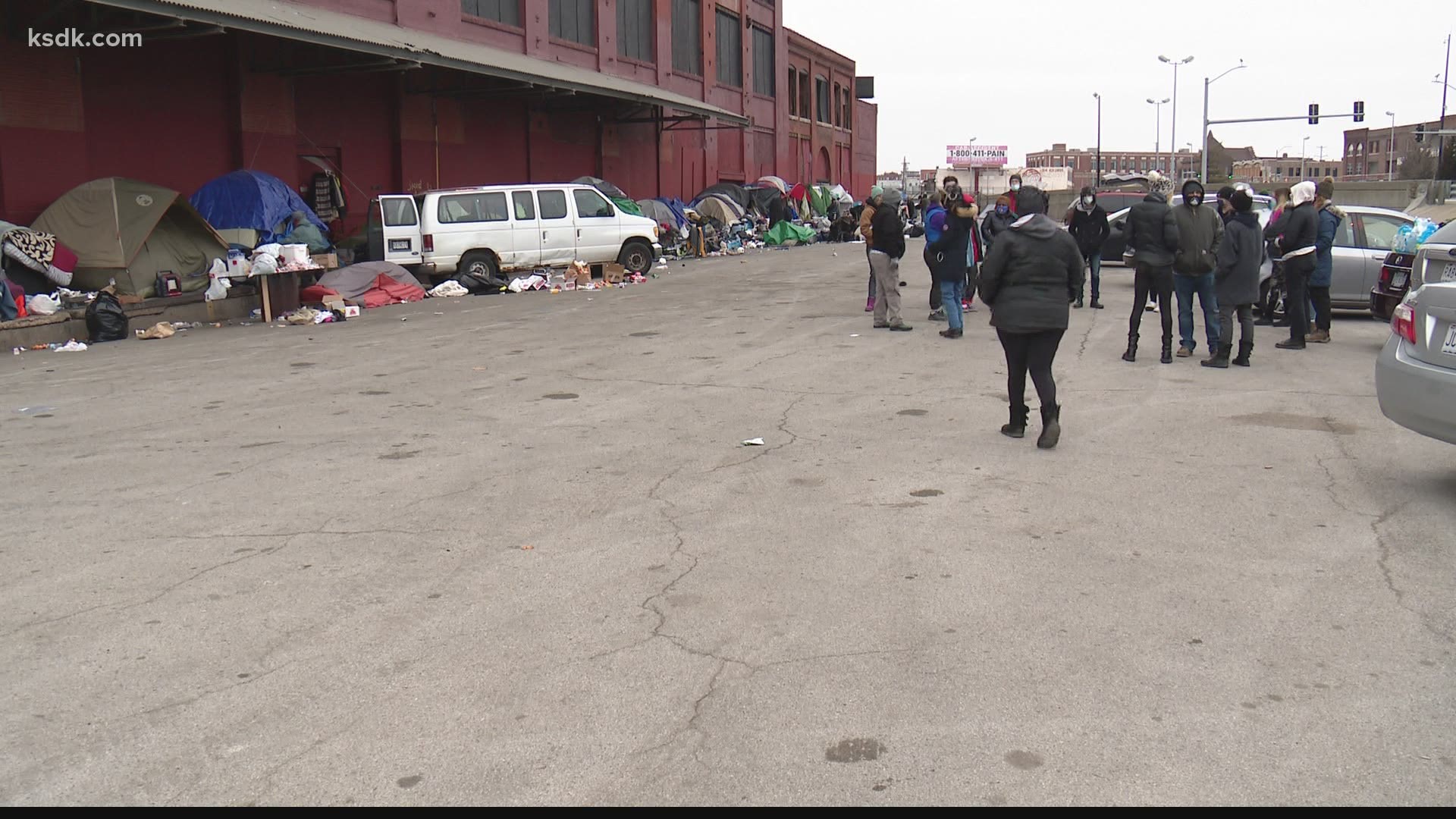 ST. LOUIS — Monday was moving day for a group of as many as 19 homeless people living in tents north of The Dome at America’s Center. But they did not go far, moving from one parking lot to another.

Former resident Marcus Hunt serves as a spokesperson for the group.

“I do not live here,” said Marcus. “I am an individual who, I guess you could say, set the foundation for this camp to exist.”

The camp of nearly a dozen tents was set up in the parking lot of the vacant McGuire Moving & Storage building. It's been a place for people who are homeless to gather together during the pandemic.

But that changed last week when they were told to move. Hunt said it's a major disruption for lives already disrupted.

“Well this morning, or actually I got to tell you what happened this week,” said Hunt. “We were told they were going to bring a dumpster for us to clean up. And I asked them why and they said we had to move.”

On the notification posted on the building, there are resources listed for residents of the camp people to get help. A St. Patrick's Center spokesperson said their mobile outreach makes contact with the people who live here on a regular basis and they have declined their help.

The building is owned by developer Paul McKee, who has planned for years to renovate and revitalize the area. He has not yet publicly commented on the camp's move.

“There's 19 people who had to move," Hunt said. "There's another 40 or so people who come here to receive services throughout the week, not to mention all the organizations who come down here and do their point-in-time counts, their wrap-around services, all that's going to have to start over.”

St. Patrick Center officials said they were able to place three people into a homeless shelter. A spokesperson for Mayor Lyda Krewson said for those who are willing to accept moving into a shelter, the city continues to have space available.