Photos sent to 5 On Your Side show a large green, white and yellow hot air balloon sitting in the middle of a neighborhood street. 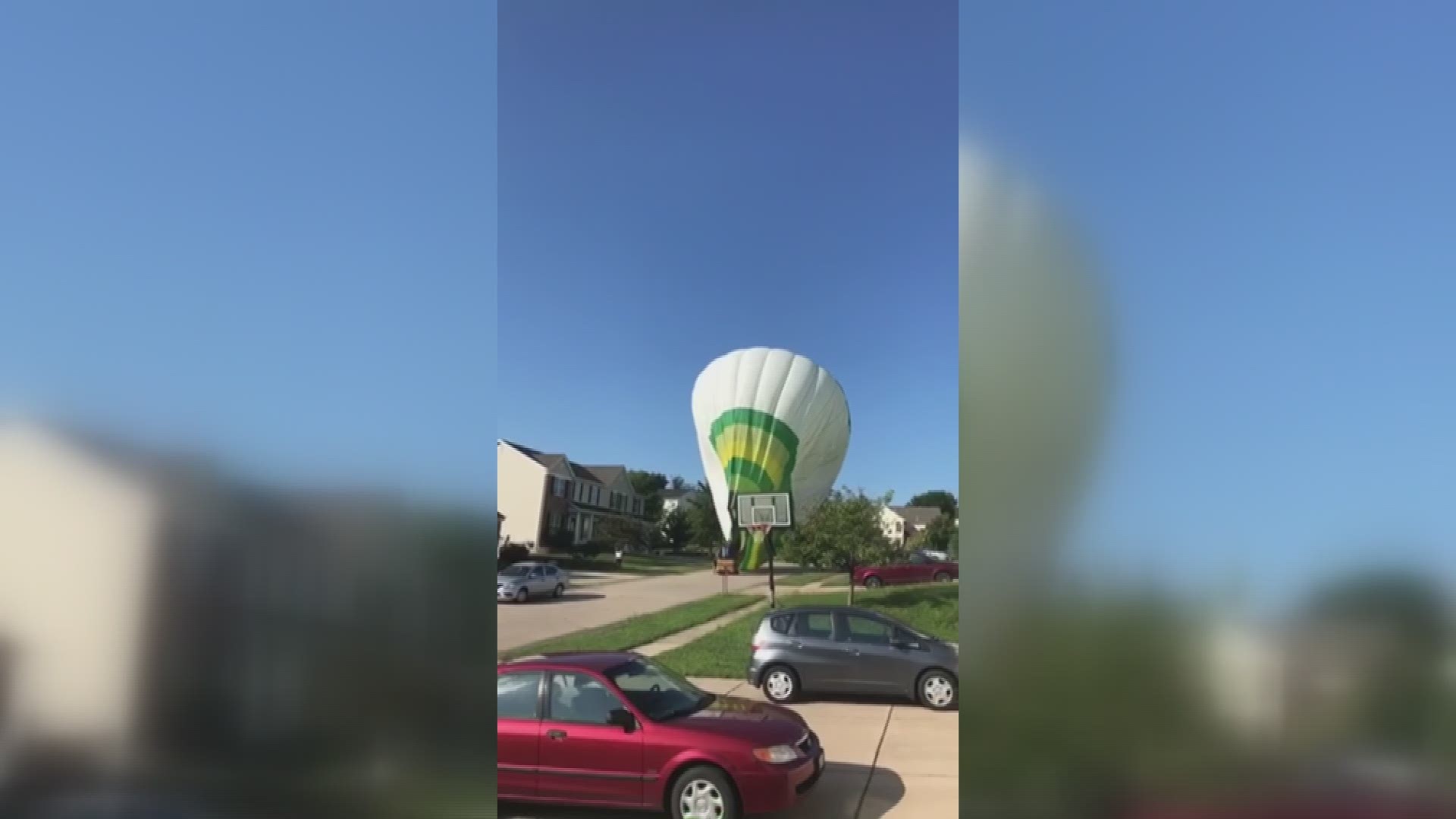 WENTZVILLE, Mo. — Residents in a Wentzville neighborhood got an unexpected visitor Sunday morning. A hot air balloon landed in their subdivision.

Photos sent to 5 On Your Side show a large green, white and yellow hot air balloon sitting in the middle of Henderson Drive near Perry Cate Boulevard.

The balloon was safely deflated and rolled up on the street.

5 On Your Side reached out to the pilot who landed the hot air balloon. He said the landing was intentional.

‘The landing was a planned, soft and safe landing in a subdivision,’ he replied.

The pilot explained that hot air balloons can be navigated up and down, but they must use winds at different altitudes that are blowing in different directions and speeds to go left or right.

‘Some places we land may seem odd to someone that is unfamiliar with our sport, but in reality are perfectly safe, suitable and planning landing sites,’ he explained.

The pilot said many of their landing sites include subdivisions, parks and schools.

Wentzville police did not respond to the incident. Neighbors told 5 On Your Side no one was injured.