Very slowly, and with 88 wheels, lots of steel beams and a group of guys. 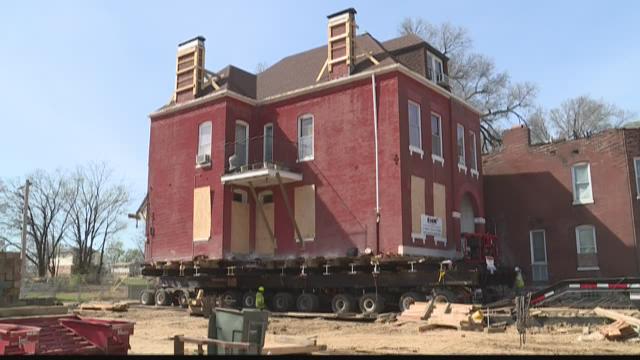 Major progress is being made toward clearing the way for a new home for the National Geospatial Intelligence Agency.

It's been nine months since the NGA announced it would build its new western headquarters in north St. Louis.

Since then, the 97-acre site has been inspected, 551 pieces of property bought, and workers are now tearing down abandoned buildings in the area.

One of the most visible signs of progress is the moving of a 126-year-old house.

Very slowly, and with 88 wheels, lots of steel beams and a group of guys.

It’s kind of a big deal.

“We've moved bigger, so, not a big deal,” said John Matyiko, who does this for a living and who’s company is moving this house.

But for Charlesetta Taylor, “It's just amazing.”

“My father and his brother were married to my mother and her sister, so there were two families of us that grew up in this house,” said Taylor.

A total of 18 people at one time lived in what became known as 'the big house'.

But the big house had a date with a wrecking ball because it sat on the future site of the NGA facility.

Taylor wouldn't have it and eventually the city proposed moving it.

The house traveled over the weekend and moved on the new lot Thursday.

Matyiko said hydraulics make for such a smooth ride the house is still fully furnished.

‘Yep, she walked right out and locked the door and she'll walk back in,” he said.

For Taylor, it's all a miracle.

“I give God all the credit,” she said.  “Regardless of how ridiculous it may seem to the world and how impossible it may seem, it does happen.”

While the house is on the new property now, there's a lot of work left to place it on its new foundation.

Taylor should be back inside 'the big house' in about a month. 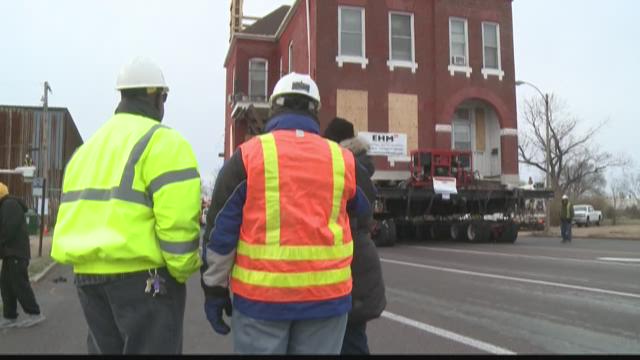