CLAYTON, Mo. — St. Louis County Executive Dr. Sam Page began his remarks at Tuesday night's County Council meeting by calling the day before "an historic day in county government and one that will measure both the past and the future."

Wildhaber sued the county for discrimination because he is gay and won a jury verdict for nearly twice the settlement amount.

Page also offered clarification after Tuesday meeting on exactly how the county will pay Wildhaber. They owe $7 million in the next 60 days and the remaining balance by Jan. 31 next year.

Page said the county will meet the 60-day obligation with funds from the county's self insurance fund, which has roughly $6 million. He said a short term transfer of another $1 million will not be problematic.

Page then hopes to replenish the insurance fund with the sale of bonds for the full $10 million amount which the county will pay back over several as many as 30 years for as much as $600,000 a year.

While essentially borrowing the money to pay Wildhaber through bonds could cost the county millions more in interest, Page says he's not concerned because he expects to pay off the bonds early when the county collects insurance money for the suit.

Page says that's not true and released a copy of the contract with the county's Third Party Administrator (TPA) which is responsible for handling claims against the county. Page says the county notified the TPA of Wildhaber's suit and it was the TPA's responsibility to communicate with the insurance company.

"I think you're caught up in the false narrative that got legs and everyone is having trouble digesting once the facts have been presented that our insurance claim is very strong," Page told reporters when questioned about the possibility that insurance may not cover the Wildhaber settlement. He did not, however, rule out the possibility that the county will have to take legal action to compel the company to pay.

Even if the county's insurance does pay in full, Page said the county has a $2 million deductible it will have to pay. He says by paying Wildhaber with bond money that's financed over time, the county will reduce its expenses and have more time to negotiate with its insurance company.

Page also said no county services will suffer because of the settlement. If the County Council approves the $10 million in bonds, the county would use money from its reserves to pay back the bonds over time, according to Page spokesman Doug Moore. 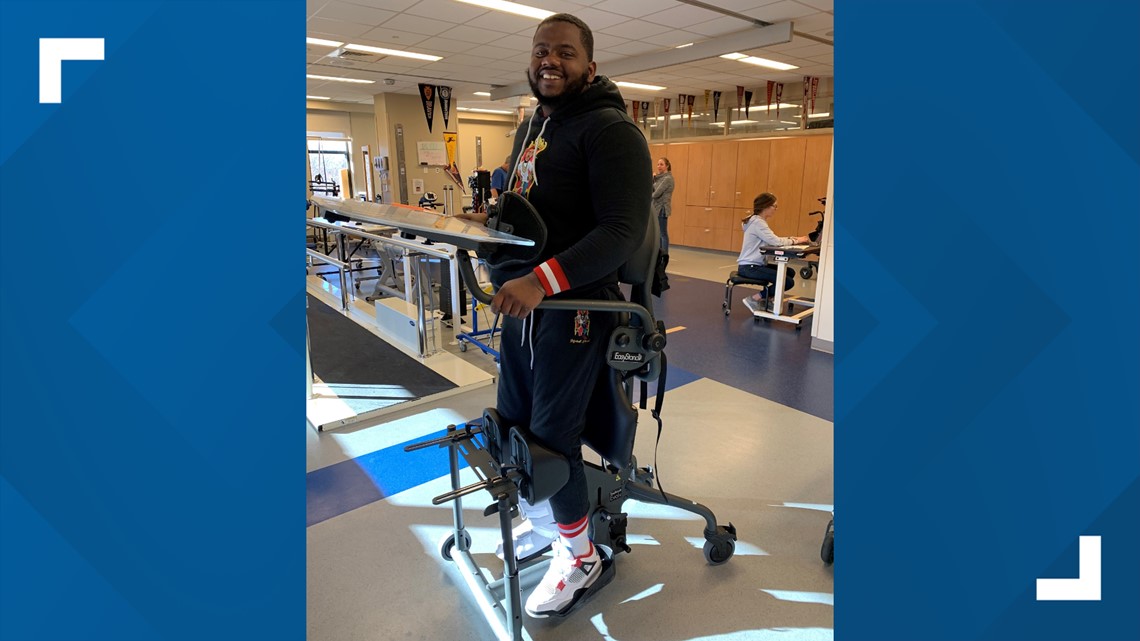 Here's how you can cheer on Jaylen Walker, the Amazon driver shot and paralyzed last year
ST. LOUIS - He was an Amazon driver shot over a disabled parking space and now he's on the road to recovery. Jaylen Walker, 22, took a bullet to the spine and is now paralyzed. He said he went through bouts of deep depression and weighed almost 300 pounds after being shot on March 6, 2019.