The Humane Society of Missouri is performing water and land animal rescues in the areas affected by flooding near Winfield, Missouri. 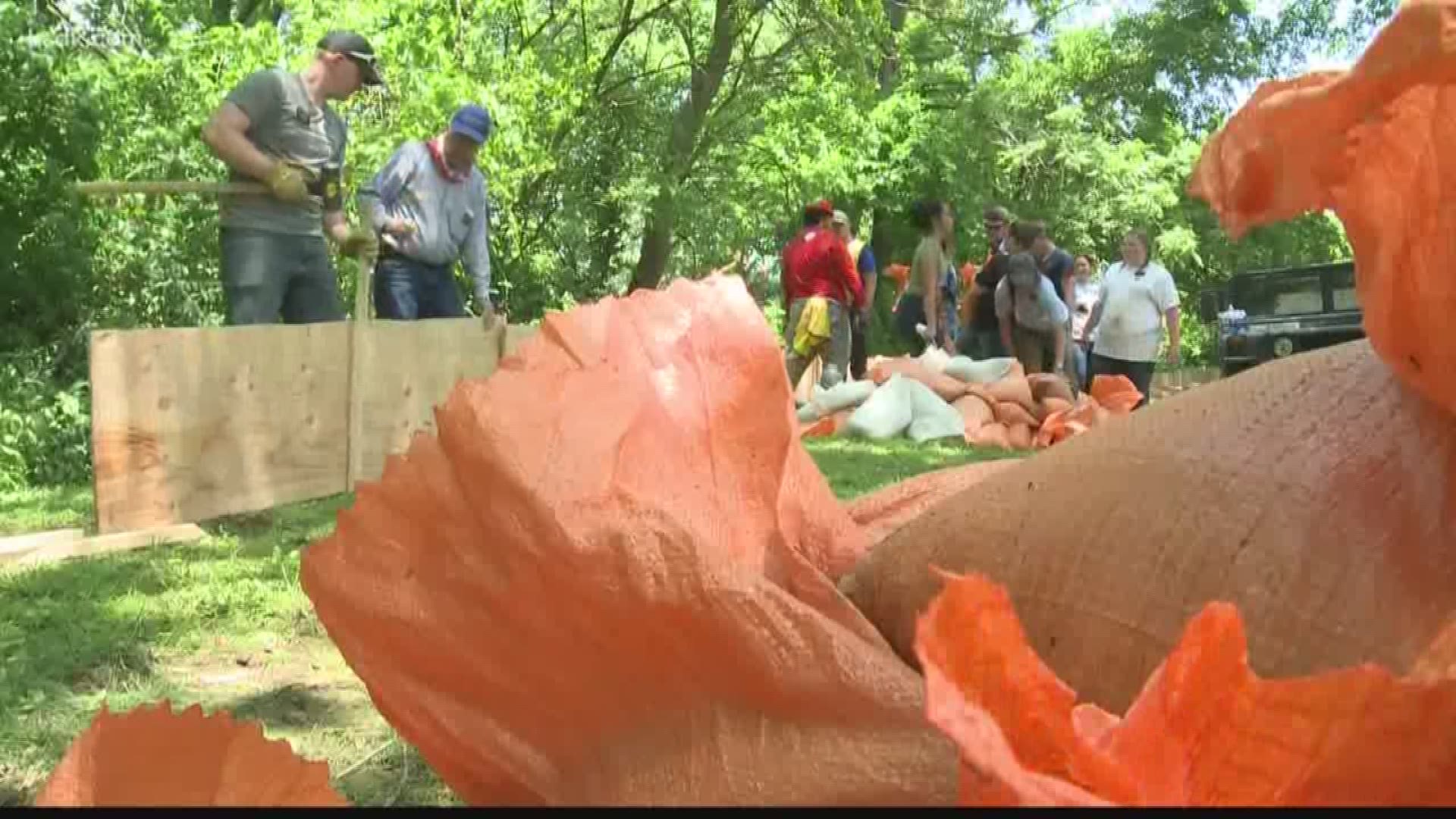 WINFIELD, Mo. — Historic flooding is hitting the bi-state. The City of Winfield is no exception as they've been hit hard after the Mississippi River breached the Pin Oak levee.

But their efforts to keep fighting Mother Nature aren't done just yet.

On Tuesday, crews in Winfield were sandbagging and building a plywood wall which will stretch for 300 yards.

"They are calling for two to four inches,” Winfield-Foley Assistant Fire Chief Aaron Lee said. “If McClean Creek was going to receive that rain it has nowhere to go right now. We're focusing on building a plywood wall try to push this water out towards the north and spilling back into town."

It's a 24-inch wall protected by sandbags to prevent water from spilling over onto Main Street. The wall is meant to protect businesses just like Cooke's Gas Station.

But these volunteers aren't the only ones being protective. Humane Society of Missouri (HSMO) was called in to rescue our furry family members. The HSMO was able to save a few stray cats who were on roofs or porches.

Resident Keith Abernathy has lived in Winfield for 59 years and dealt with the flood of '93. He even adopted a rescued dog from the historic flooding. Abernathy knows firsthand how hard these rising waters can be, even on your pet.

"It does affect your animals as much as your human beings. Your dogs do go into shock as well, so you need to think of your dogs and cats because you do get attached to them," Abernathy said.

The HSMO offers emergency boarding for these situations if you need help.

Winfield City Hall is also distributing donations. If you are in need of supplies, you can visit during their business hours, Monday- Friday 8 a.m. – 4 p.m. City Hall is closed on Wednesdays from 12 – 1 p.m.

If you want to donate and help out, they are asking for gift cards for gas and basic supplies.