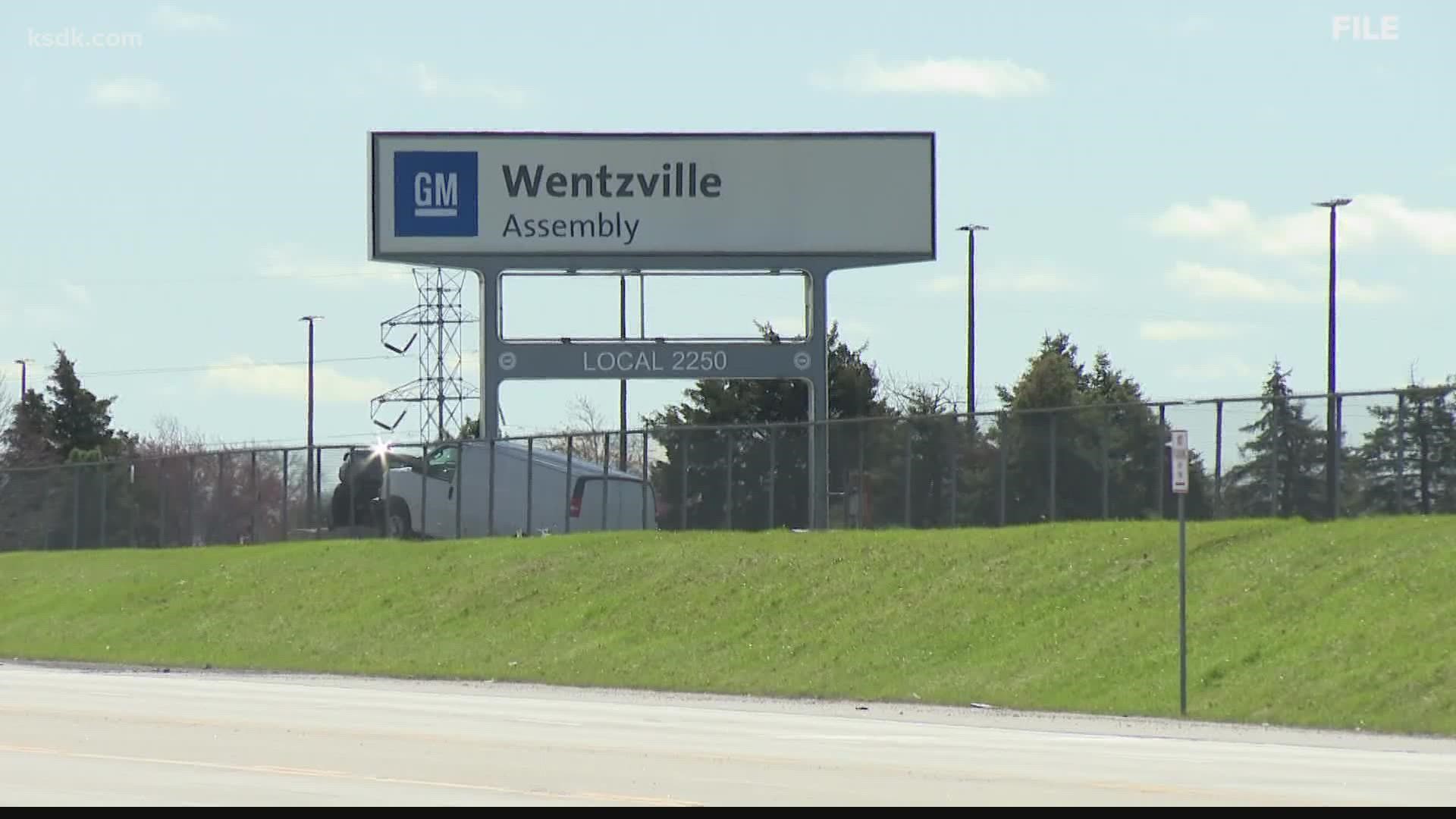 WENTZVILLE, Mo. — General Motors vehicles, mostly trucks, fill the parking lot and spill onto the grass around the old Mills Mall in Hazelwood, now known as the POWERPlex.

The automobiles do not run, each one requires multiple semiconductor chips which are on backorder.

While GM waits for the components to come in, the Wentzville assembly line will shut down. The production pause is scheduled for two weeks beginning Monday, Sept. 6.

The varying chip modules are the cause of this automotive industry meltdown. Inside each module is a complex circuit that tells the car what to do. The chips and circuit are specific too, each one is designed and programmed for certain vehicles down to the VIN. Chip modules cannot be swapped out.

"This is a controlling factor of the whole inside of the car, some outside functions, all controlled by a silicon chip," he said.

Yates told 5 On Your Side most modern vehicles have 26 to 28 chip modules.

"Everything requires a chip, and when you have a shortage you can't get a car out on the lot without them," Yates said.

While GM waits for the components to come in, the Wentzville plant will shut down for two weeks beginning Monday.

Frederick Jamison is the UAW Local 2250 President, representing the Wentzville plant employees. Jamison said during the shutdown, UAW members will be compensated.

"It'll be paid. We will have holiday pay. We will also have it the week after, it will probably be an unemployment and sub pay," he said.

Jamison is in contact with General Motors, he says the situation is fluid.

"We would love to be working 24 hours a day, but it's just not the case right now, because of the pandemic and the semiconductor issue," he said.

GM is not the only company dealing with chip shortages. The issue is international, affecting more than just cars. Very few factories actually make these complex products and the machinery to make them is very expensive.

As demand grows, the waitlist will grow. It could be next year by the time chip manufacturers catch up.