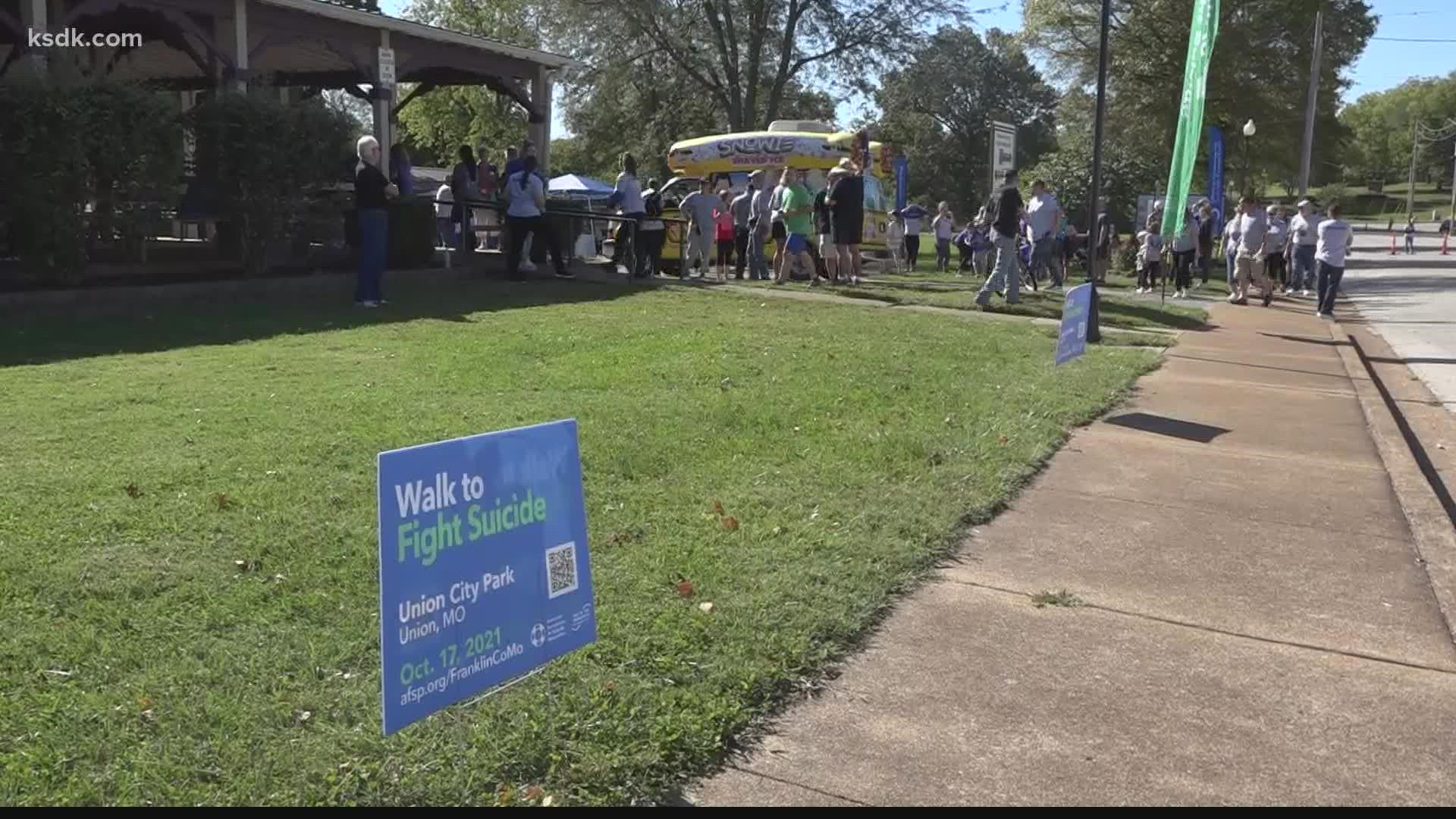 Members of the American Foundation for Suicide Prevention want people to know that it's OK not to feel OK—and help is available.

Amanda Egli is chairwoman of the Out of the Darkness community walk in Franklin County.

"Franklin County does not have a lot of resources, and they don't have a big outreach for something like this," said Egli. "When somebody is not OK, they need to know it's OK to not be OK, and they can reach out to people who care and will not judge them and will help them."

Hundreds of people impacted by the suicide of a loved one met for the event at Union City Park.

Group member Candice Eversmeyer said the event was important for her because she's dealt with suicide personally.

"Also my husband was in the military, and we saw it all the time with soldiers struggling with suicide. So when we found out about this, we wanted to bring awareness out to increase awareness," she said.

Supporters see suicide as the most preventable cause of death. Organizers said the turnout at the event was nothing short of a testimony to the number of people who care.

"I lost a son eight years ago," said group member Rod Tappe. "He was 16 years old. I'm here to let everybody else know there's people out here for support. They are encouraging them to move on, rather than give up."