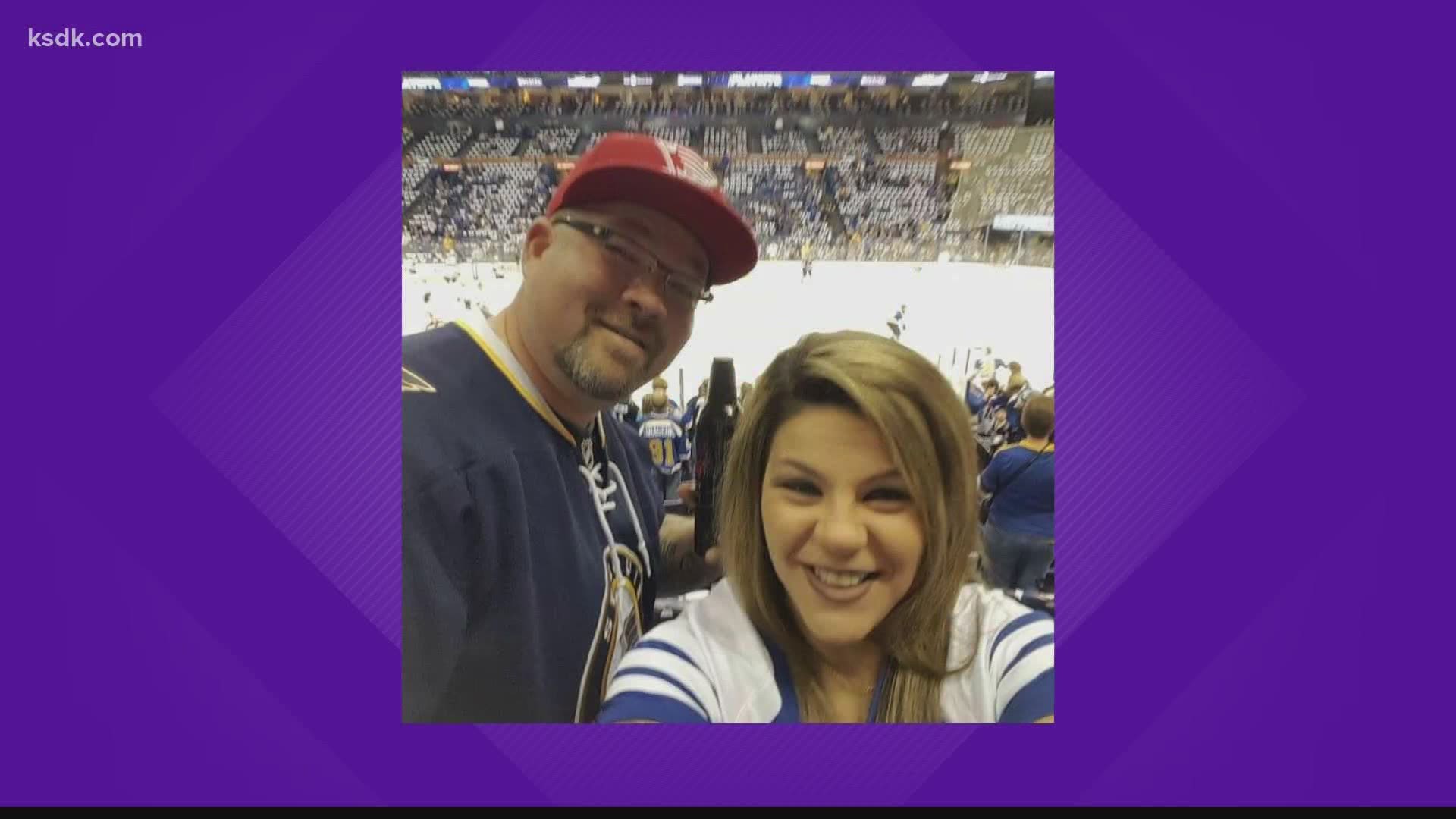 LEMAY, Mo. — A husband is in mourning after witnessing the tragic moment his wife is hit and killed by a suspected drunk driver.

Holding one of her favorite pictures, showing her arms wrapped around his shoulders, hair blowing in the wind, Kenny Kent remembers the life his wife lived.

Latrishia “Trish” Kent was holding on to him Monday night when investigators say she was hit and killed by a drunk driver.

Her partner in life – there for her death.

“I was in the front holding her hand like this… they have video of it the car missed me by an inch,” said Kent. “She slid down the road and her body hit a parked car to stop her from sliding.”

The crash happened near the intersection of S. Broadway and W. Arlee Avenue in south St. Louis County. Trish died at the scene.

“I didn’t get touched blessing from God is all I can say I didn’t get even a scratch,” said Kent.

Troopers say the driver was a 23-year-old man. St. Louis County officers found him intoxicated about 3 blocks away from the scene.

“Came up over the hill and I heard him hit the accelerator, he revved up when he seen us,” said Kent. “Its unforgiving you take someone's life and leave the scene don’t even stop. its heartbreaking.”

Kent described his wife as a loving mother of three – with her own business-- who deserved better.

“She was my best friend my wife best mother she took care of her friends and family,” he said.

He said it meant everything to him that her last moments were with him.

“It means everything to me. She's my best friend like I said. I wish it was me instead of her though for sure.”

Kent says their daughter's birthday is next week, and instead of planning a party he's planning a funeral.

Relatives started a fundraiser to help with funeral expenses.