Melvin Morgan said he was disappointed to hear that people were shooting during a time that's so special for the city. 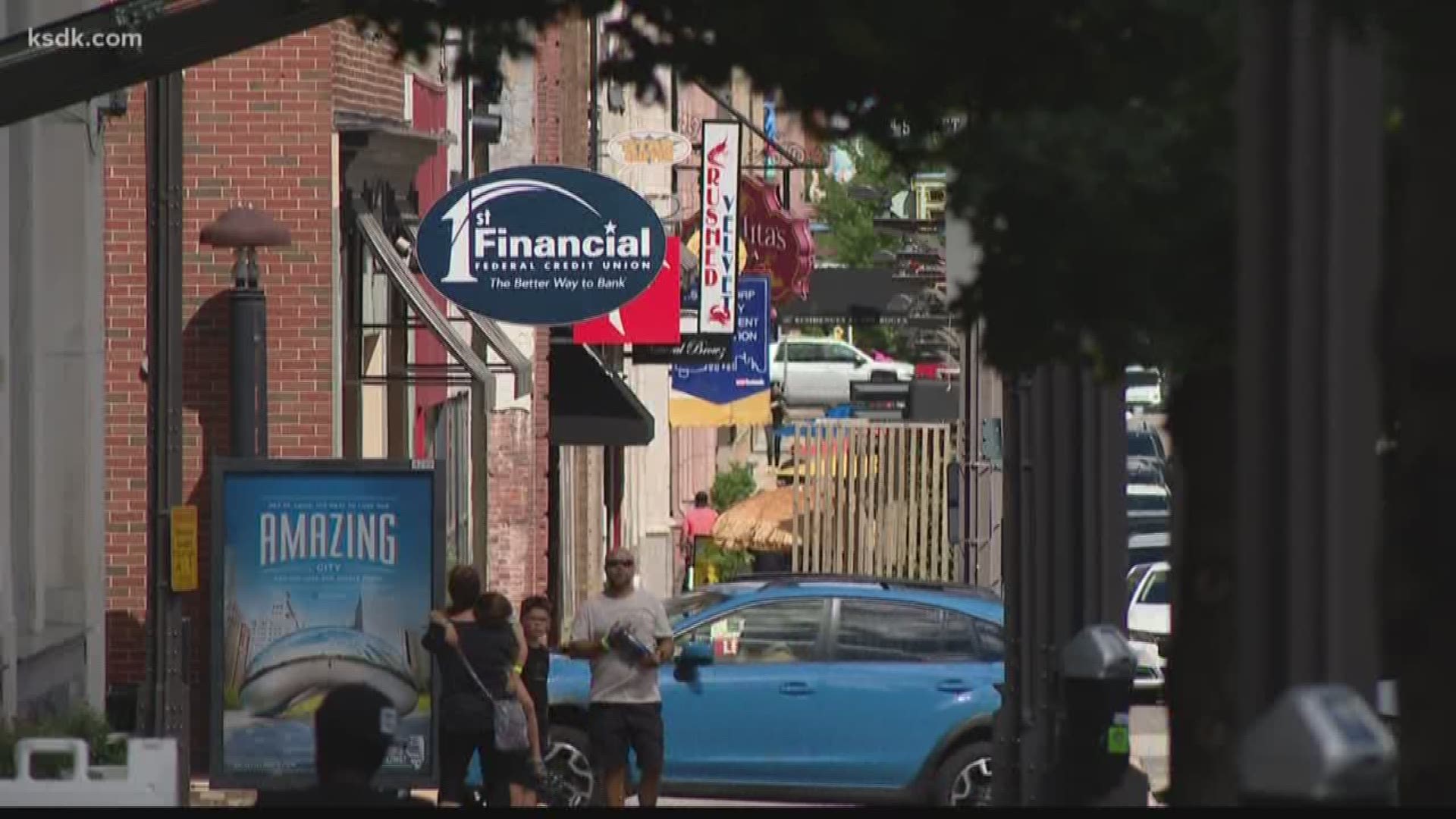 On Monday afternoon a business that sits on that corner, Fried, was closed with the door boarded up.

The company that boarded the door confirmed with 5 On Your Side that they came to do the job around 4:30 a.m. Sunday.

A couple of blocks down, Melvin Morgan helps his daughter run Doggie Threats, a pet boutique.

Morgan said he was disappointed to hear that people were shooting during a time that's so special for the city.

"The Blues won the cup for the first time ever, and we're still celebrating," Morgan said. "We all want to enjoy the party, and we want it to be peaceful. Then, some fools just had to come and mess it up."

Morgan said Washington Avenue is typically an ideal place to run a business.

"There are a lot of people out here," Morgan said. "There are always a lot of dogs out walking."

However, he said they've only had their business on the street for about nine months. This is their first summer season at the location. and he's hopeful the shots won't become a pattern.

"This can't keep happening," Morgan said. "We'll be out of here."

Breona Butler said she heard gunshots last weekend, a week before Sunday's incident, right across the street from her apartment

"I heard two gunshots," Butler said. "I saw people running. Then, I heard about two or three more shots. It makes you a little uneasy."

Butler, a St. Louis native, chose to move downtown five years ago. She's lived in her loft on Washington Avenue for three years, and she said she loves where she lives.

"It doesn't make me want to leave or anything," Butler said. "I just wish people would respect other people's homes."

Butler recalled another incident weeks prior, where shots were fired outside of her building.

"The issue, I think, is just too many youth hanging around without any guidance," Butler said.

The Downtown Neighborhood Association did not respond to a request for a statement over these incidents, but the association's website states its safety committee will meet this Wednesday night at Lucas Park Grille.

5 On Your Side also reached out the St. Louis Metropolitan Police to see what the department is doing to help improve safety over the summer months on the busy street. The department said it was looking into and will provide a response in the future.

The latest crime statistics released by police show that violent crimes involving guns are actually down in the Downtown West neighborhood from 2018.

RELATED: 'I wasn't going to leave him' | Witness talks about helping officer Langsdorf after shooting