While the fire is moving northeast, firefighters have set up structure protection for the small community. 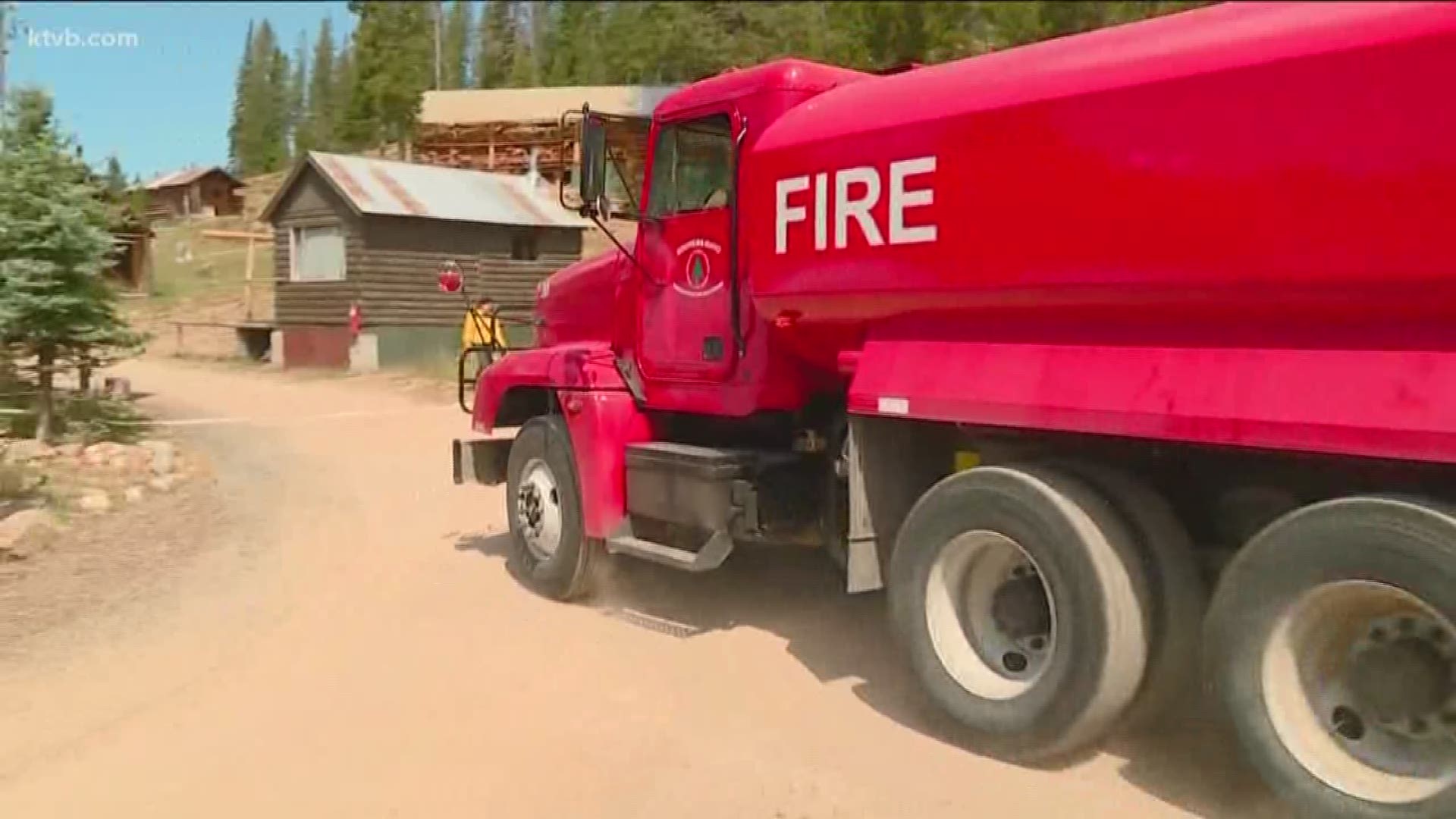 BURGDORF, Idaho — Firefighters have been battling the Nethker Fire for six days now and are beginning to make small steps in containing the fire.

The fire is only 5% contained, but the fire's growth is starting to slow down. Currently, the fire is at 1,100 acres after rapidly expanding throughout the week. Since Thursday, the fire has only grown by about 100 acres.

The Nethker Fire pushed to within a half-mile of the Burgdorf Hot Springs, but crews have been able to keep the wildfire at bay.

The guard station, just off of Burgdorf Road, and surrounding buildings are placed under structure protection from the fire.

About a mile south of the guard tower, crews were focused on mop-up work, making sure that anything crossing the fire lines were put out and taking care of anything that was threatening the lines.

Crews had to remove burnt trees for safety reasons as well.

"Our primary objective in every fire is firefighter and public safety, keeping people safe from both management and firefighter perspective can be extremely difficult when you have overhead hazards, dead trees, burned out trees, rolling material, etc," Sam Dufurrena, the task force leader, said.

About 25 firefighters were working in the area during a two-week tour. During those two weeks, the crew's bond forms quickly.

"Any given module is going to have a fair amount or a higher degree of comradery, but even working on the line with a crew you haven't worked before, you're gonna have more comradery at the end of those two weeks and that'll carry over to the next season. Or later on in that season," Dufurrena said.

The Nethker Fire has moved to the northeast into an old burn scar from a fire that happened in 2000, which is actually helping firefighters. Crews have also established an anchor point on the western edge of the fire.

While the wildfire is close to the hot springs, crews are prepared to protect the buildings there if the fire does begin moving towards the community, with multiple trucks ready.

Ground crews are getting additional air-support against the fire in the form of three Super Scopper planes continually dropping water on the fire.

The Payette National Forest expanded the closure area due to the fire activity, which includes popular recreational areas near the Upper Payette Lake.