'If that doesn’t show you the power of community, nothing does' | O'Fallon, Missouri steps up for one local restaurant

The O'Fallon, Missouri community stepped up to make Employee Appreciation Day the largest sales day in the history of Pantera's Pizza 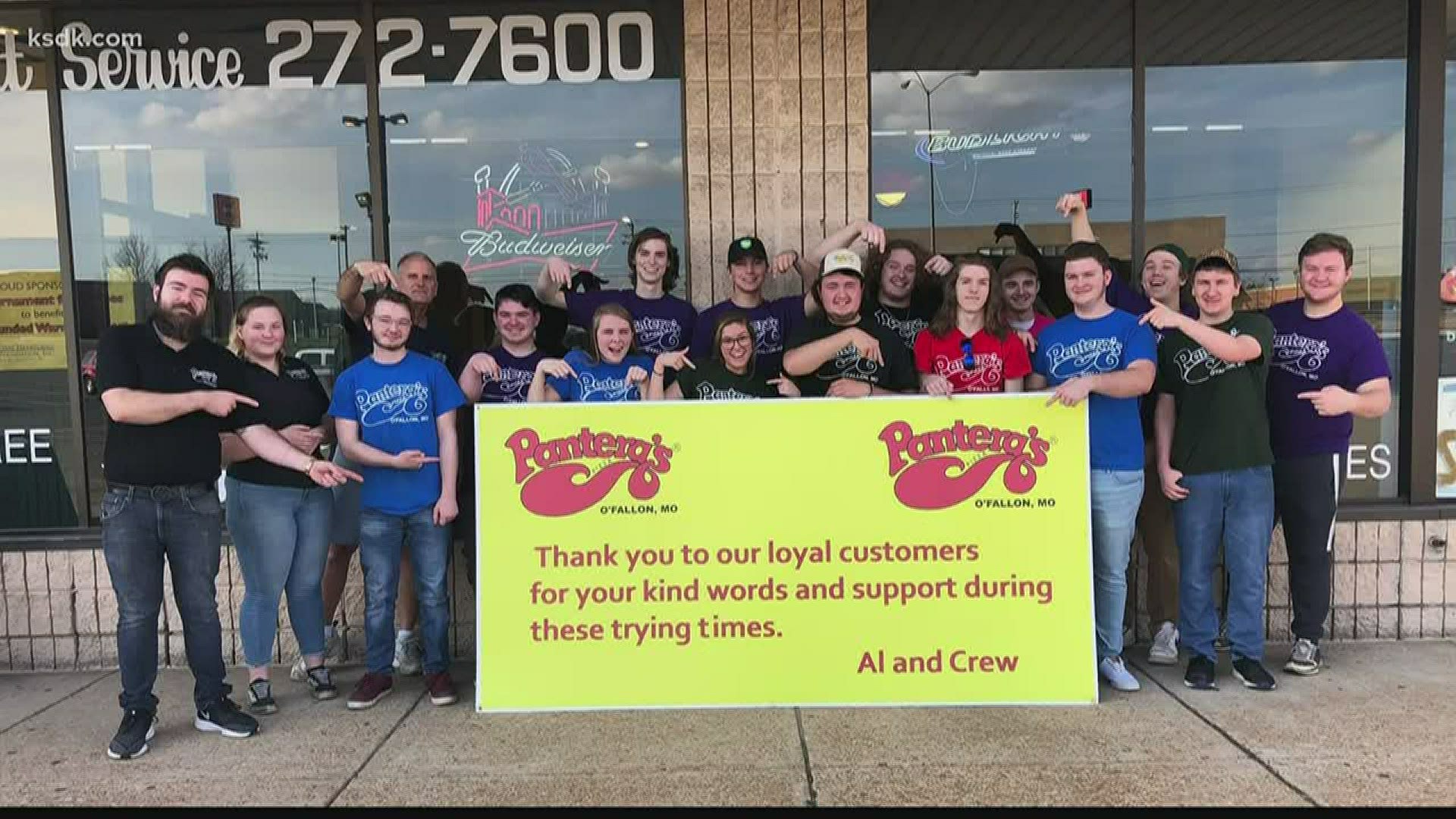 O'FALLON, Mo. — Al Kertz has owned Pantera’s Pizza in O’Fallon, Missouri, for the last 39 years. He’s grown the store’s staff to a team of 21, some of them with the shop for more than a decade. Kertz said he’s so grateful to have them.

“It’s easy to own a store, but I sure couldn’t run it by myself,” Kertz said. “They’re part of the fabric that makes this business survive, that’s for sure.”

So, he decided to host an Employee Appreciation Day in their honor. It’s something he’d wanted to do for awhile, and when the coronavirus forced him to cut back his workers’ wages and hours, he decided now was the time. Kertz announced on social media and in the store that he’d give his employees 50-percent of all the store’s proceeds on April 1.

What happened was more than he ever expected. The community responded, making Employee Appreciation Day the largest sales day in the history of the pizza shop.

“It got to a point where we couldn’t get any more orders. Some orders were told two or three hours, and some orders would come back two hours later to order pizza. If that doesn’t show you the power of community, nothing does.”

One organization, Timmy’s Mountain, ordered 100 pizzas and delivered the pies to local hospital workers. Former employees and others mailed checks for Pantera’s Pizza employees. Other community members, who couldn’t get through on April 1 because of the heavy volume of orders, called the next day; their orders were added to the employees' split-pot.

“I found out when tough times come in, the community went to bat for us,” Kertz said.

He didn’t disclose the final amount raised for his employees, but Kertz did say the community gave an additional $2,600 in cash tips that will go directly to his workers. He said he’s lucky to be part of this industry and this community during these challenging times.

“We’re in the pizza business, so you get great comfort food all day, every day. So that helps get us through, no matter what.”