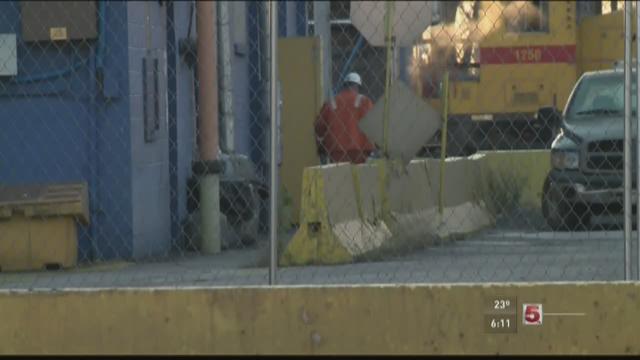 Rauner signed Senate Bill 1941, legislation that will allow over 2,000 workers of the Steel Mill in Granite City an additional 26 weeks to collect unemployment insurance benefits. Those benefits will be paid out using the Unemployment Insurance Trust Fund, a special fund tied with an unemployment tax by Illinois employees. The fund is not tied to the state's general revenue fund.

The 2,000 employees affected by Senate Bill 1941 were initially laid off in December 2015. Officials shut down blast furnaces and steel-making facilities until January of this year.

Illinois-based Local 50 President Jason Chism said in a statement, "Signing of Senate Bill 1941 by Governor Rauner is welcomed news for laid-off Steelworkers going into the holidays. This will help hundreds of Steelworkers make ends meet while trying to remain hopeful U.S. Steel will restart its Granite City facility in 2017."

“The American steel industry has struggled largely due to unfair trade practices. U.S. Steel’s recent announcement to reopen a part of their Granite City facility next year is good news and this bill will help provide additional benefits for unemployed steel workers who have not been able to find good jobs," said Mark Denzler, Vice President of the Illinois Manufacturers' Association, in a statement.

“However, it’s imperative that Illinois policymakers work closely with our steel industry and our national leaders in Washington D.C. to enforce our country’s trade laws while enacting real economic development reforms along with a balanced budget at the state level to help attract more manufacturing jobs," continued Denzler.

Earlier this month, the United States Steel Corporation announced it will partially reopen the idle hot strip of the steel mill in February of 2017.

"U.S. Steel us making this adjustment to its hot strip mill operating configuration to provide better alignment with customer needs and improve service while increasing the pace of its asset revitalization plan," said the company in a statement.