On Wednesday, the Illinois High School Association (IHSA) announced winter basketball season can begin on schedule, which defies the guidelines from Gov. Pritzker 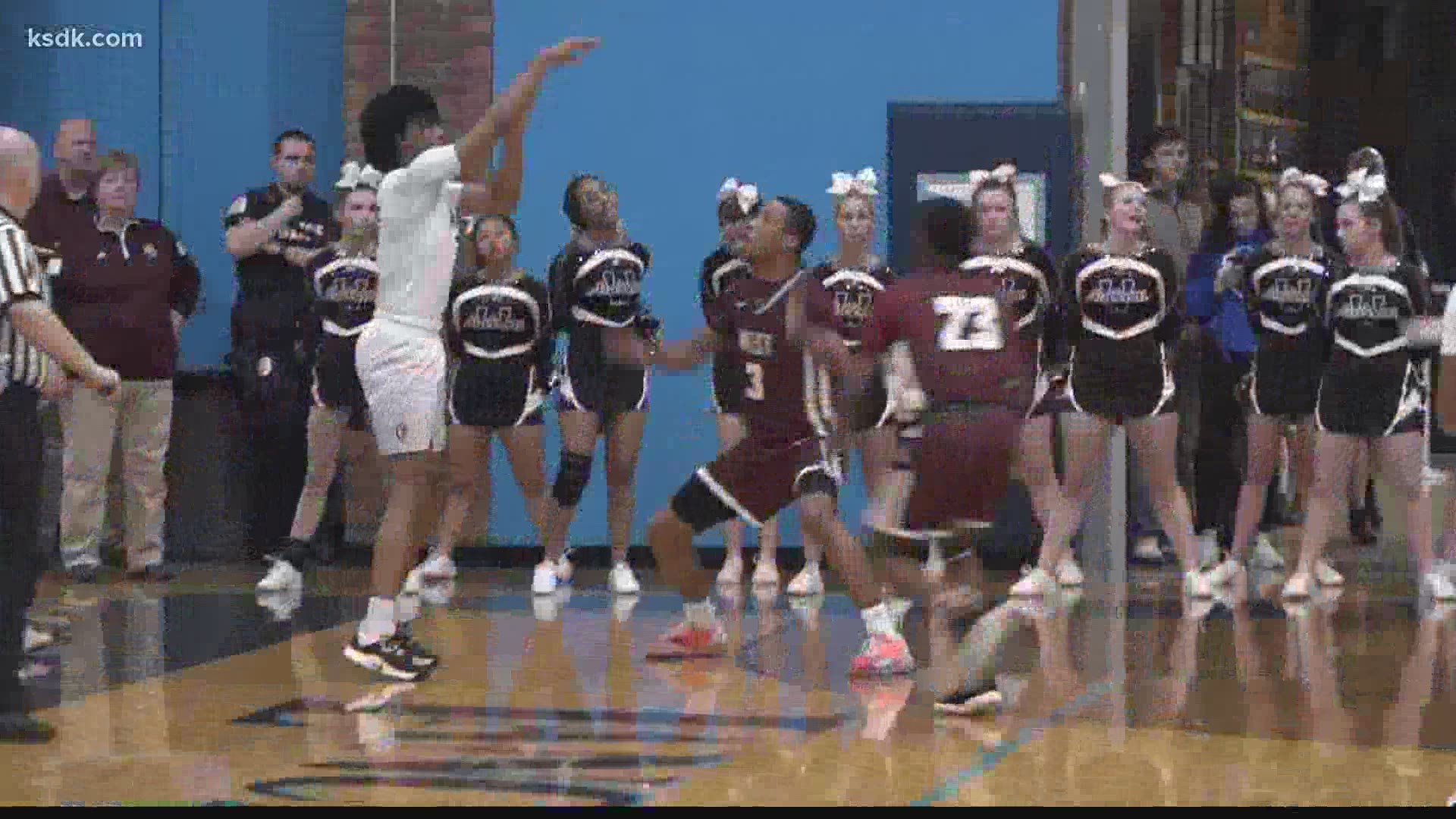 SPRINGFIELD, Ill — Illinois Governor J.B. Pritzker said winter high school sports, including basketball, would be moved to spring during a briefing on Thursday.

"Some of these sports, we're not shutting them down, we're asking that they be moved to the spring, some later in the spring," Gov. Pritzker said.

Earlier this week, he announced winter sports were on hold after the Illinois Department of Public Health released new guidelines. Those guidelines moved basketball into the high risk category.

On Wednesday, the Illinois High School Association (IHSA) announced the winter basketball season can begin on schedule, which defies the guidelines from Gov. Pritzker and the state's department of public health.

"It's the high risk sports where we've asked that there be limitations just for the time being. And again, the fact that the IHSA has a different opinion. I mean, I've known that for some time about different areas of sports. We have talked to them on a frequent basis, gotten their opinions about each one of these things," Gov. Pritzker said. "And I think most importantly, you know, I think it's going to be incumbent upon the schools to make decisions for themselves."

IHSA said it would follow the guidance of the IHSA Sports Medicine Advisory Committee and require masks to be worn for all players, coaches and officials during play. Boys and girls teams will be allowed to play a max of 31 games, within an Illinois COVID-19 region or conference.

5 On Your Side contacted IHSA on Thursday, but a spokesperson referred back to the statement released on Wednesday.

"The IHSA has not received additional outreach from the Governor’s office or IDPH since Tuesday, and as a result, are not comfortable commenting."

The Board released the following statement on Wednesday:

“The Illinois High School Association Board of Directors made the decision today to continue with the IHSA basketball season as scheduled in 2020-21. In August, the Board slated basketball to take place from November to February based on the Illinois Department of Public Health (IDPH) assigning a medium risk level to the sport. The IHSA Sports Medicine Advisory Committee (SMAC) offered additional mitigations, such as masks during play and social distancing on benches, that the SMAC believed would allow basketball to be played safely.

"Illinois is a large and diverse state, and the IHSA membership is reflective of that. We understand that this decision will impact each high school and district differently. Some schools who remain in remote learning may not be able to start winter sports on time, and we feel for those in that situation. However, we have also learned that we cannot continue to look down the road to a season that may never come."

According to the IHSA calendar, basketball practices are scheduled to start on Nov. 16, with games allowed to be played beginning on Nov. 30.

IHSA voted to move wrestling from the winter season to the summer season, which will run from April 19 to June 26, 2021.

You can read the entire release from the IHSA here

The #IHSA Board of Directors held a special meeting today to provide direction on winter sports.

🤼 Wrestling was moved to the summer season

🏀🏊‍♂️📣💃🎳🤸‍♀️ All other winter sports will proceed as scheduled