He even has a nickname – TrackerBob. 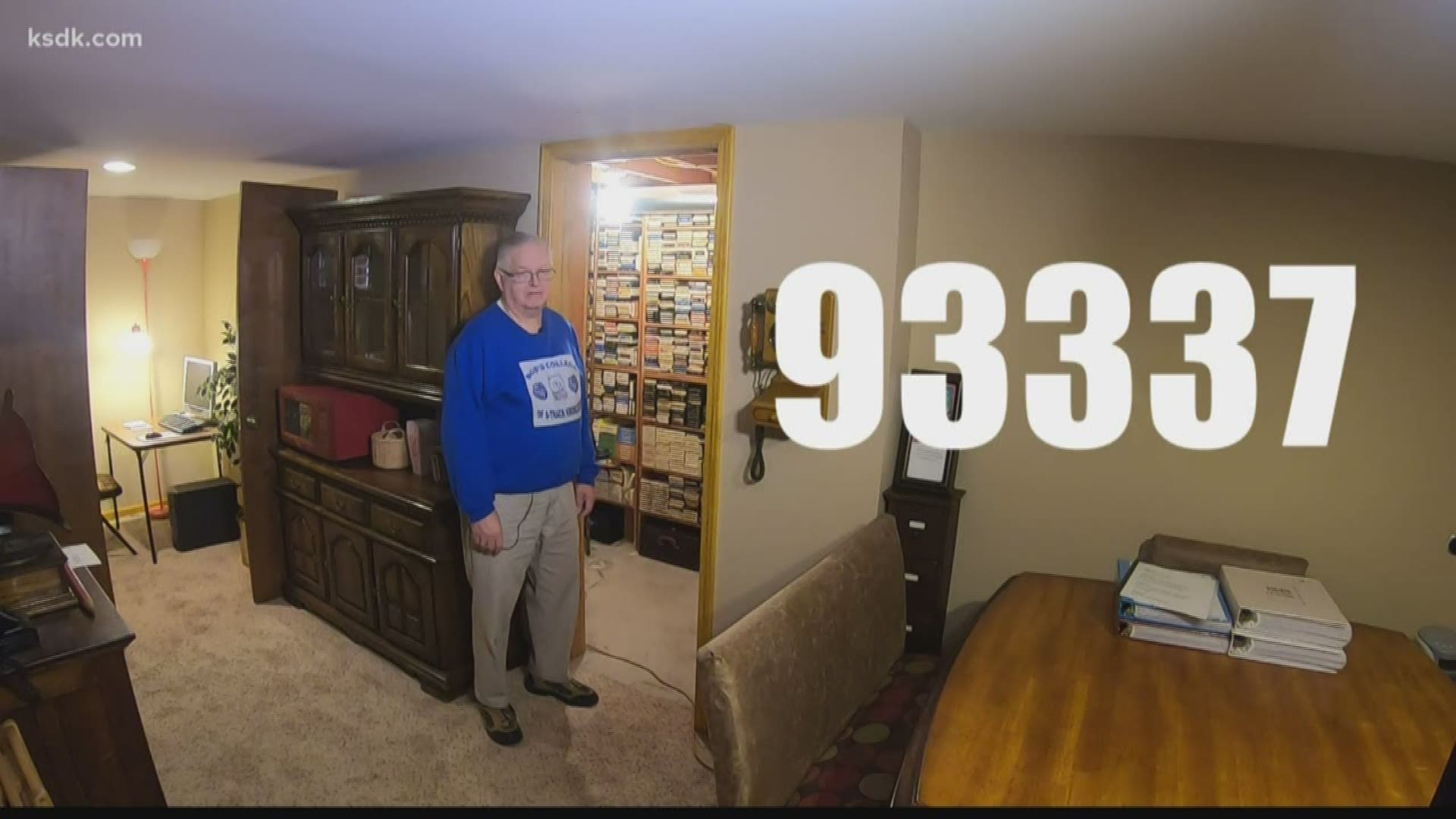 QUINCY, Ill. — In 1964 a durable cassette called the 8-track was introduced to America.

Millions were sold over the next two decades with most of them landing in yard sales and the trash can.

Bob Hiemenz has been on a mission since he found a couple of 8-tracks in an old console stereo he brought at a thrift store.

His collection grew when a neighbor was throwing out his old 8-tracks. When others found out Bob collected 8-tracks, random strangers would show up at his door with more and more.

"Anytime people gave tapes to me,I have them all logged," Hiemenz said.

He even has a nickname – TrackerBob.

He has a massive collection of eight track tapes, and anything 8-track – 93,337.

Storing them is his biggest dilemma. He has run out of space in his basement and you even his garage is full.

"Most people want to get rid of them that’s why I get them," he laughed.

They’re all in working order.

It wasn’t just music on the magical magnetic tape.

“I have instructional tapes for motor homes, John Deere tractors,” he said.

He is a walking 8-track encyclopedia.

“My wife keeps telling me, ‘Why don’t you get on eBay and start selling them,’ I said I might do that, haven’t yet.”