Trooper Hopkins was a 10-year veteran with ISP and was married with three children. 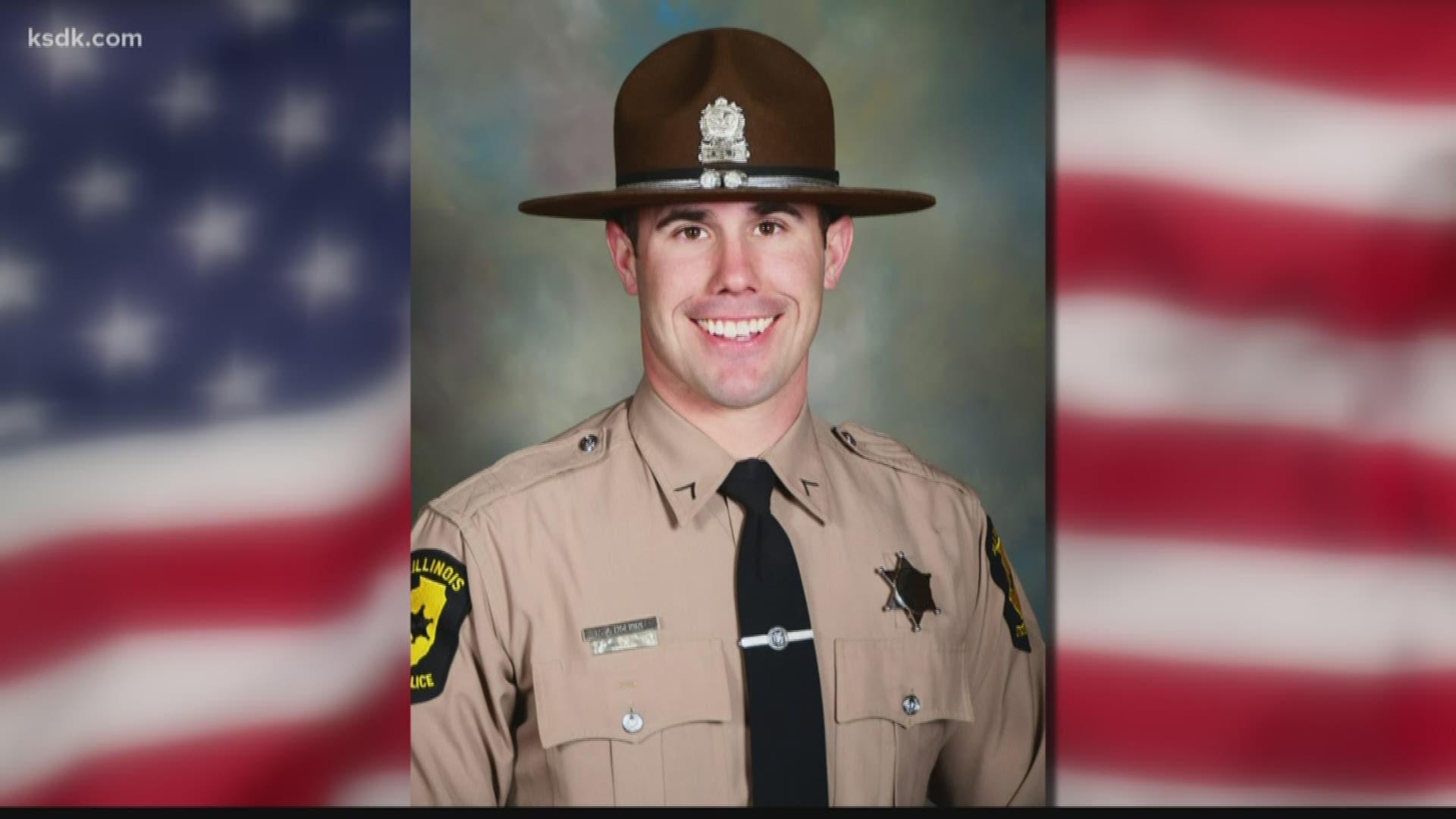 EAST ST. LOUIS, Ill. — An Illinois State Police trooper died after he was shot while serving a warrant in East. St. Louis early Friday morning. He was identified by police as 33-year-old Nick Hopkins.

Trooper Hopkins was a 10-year veteran with ISP and was married with three children. He had three sisters and two brothers, and one of his brothers serves in another police department in Illinois.

Trooper Hopkins is the fourth ISP trooper to be killed in 2019. ISP director Brendan Kelly said at a Friday evening press conference that this is the first time in ISP history that four troopers have been killed in a single year. It was also the first death of a SWAT operator in the nearly 20-year history of the ISP SWAT.

Trooper Hopkins was serving a warrant at a home in the 1400 block of North 42nd Street just before 5:30 a.m. when there was an exchange of gunfire and he was struck.

Trooper Hopkins was taken to the hospital with life-threatening injuries and died at around 6:10 p.m.

Three suspects were taken into custody, but police have not released their identities. Several police cars and a tactical vehicle were on the scene for several hours following the shooting and a standoff continued into the evening.

ISP said Friday night that there was no longer a threat to public safety in the area of the home where Hopkins was shot. Police said investigators would remain throughout the night to process the scene.

In a release, BackStoppers announced its support of Trooper Hopkins' family with a check for $10,000 and a pledge of future assistance.

"The entire federal law enforcement community stands as one today to mourn his passing," Weinhoeft said. "Our hearts go out to his family and all those who are grieving his loss. We also condemn in the strongest possible terms the despicable, cowardly act that took his life.”