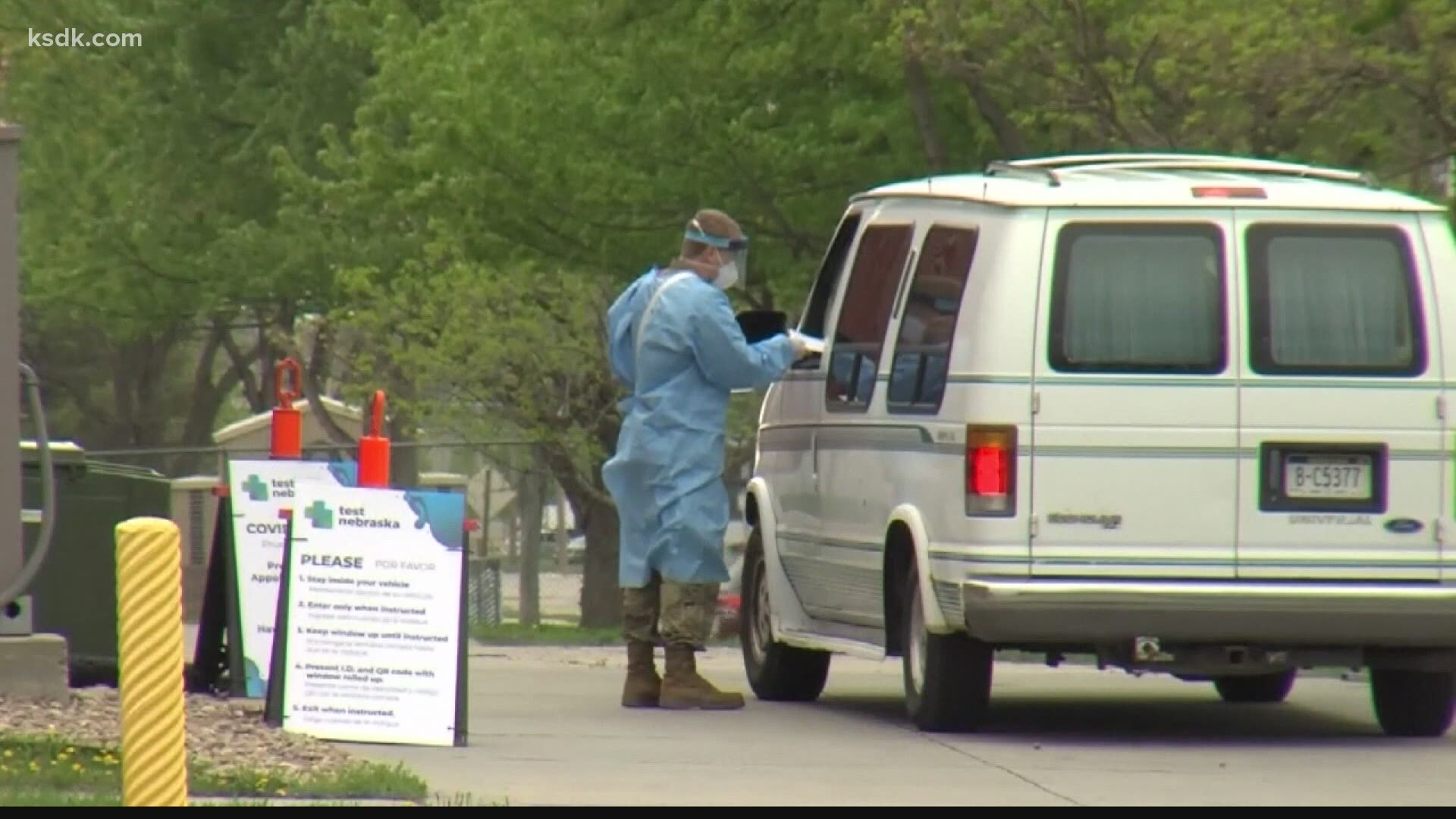 WATERLOO, Ill. — A call for Illinois Governor J.B. Pritzker to loosen restrictions on businesses is being backed by two Republican lawmakers in the Metro East.

They claim the state's COVID-19 numbers are inaccurate.

State Senators Paul Schimpf and Jason Plummer both representing areas of the Metro East claim reporting of cases are incomplete at best and inaccurate at worst.

They say the metric to report cases shouldn't be the positivity rate, instead how many people are hospitalized because of COVID-19.

At the Barbecue Sawmill in Cahokia and other businesses in the Metro East the feeling is mutual.

"It's been kind of rough, we've been through a lot," explained Cahokia Business owner Steven Will.

From shutting down his dining room to dealing with Illinois COVID-19 restrictions business owners like Will are trying to stay afloat.

"You know we are down about 30 to 40% and hoping it's about over because our customers want to come in and eat," added Will.

Illinois State Senator Paul Schimpf says the phase 4 restrictions of COVID-19 in the Metro East could've already been over.

"The positivity rate I don't think is accurate and when you're shutting down businesses and ruining people's livelihoods you need to be doing that on some data that's iron-clad," explained Schimpf.

One reason Senator Schimpf says the numbers are skewed is because the state includes inmates in its positivity rate reporting, but shouldn't.

"These are individuals that are not part of the community spread and if they were being tested multiple times those results were going into the data pool," added Schimpf.

Schimpf and Plummer also claim the numbers are skewed because some private labs only submit positive tests because they're the only ones they're required to submit.

"Really the metric we should've been using all along is hospitalization rates because that allows us to assess if our healthcare facilities are being overwhelmed," said Schimpf.

Now business owners like Steven are hoping the governor listens to their plea.

"I think it needs to start slowly moving the other direction," said Will.

5 On Your Side's Brandon Merano reached out to the governor's office Tuesday morning to get about the response about the claim the positivity rate isn't a fair metric.

They promised a response but so far we haven't heard back as of this writing.

As of Tuesday, the positivity rate for the region has dipped below 8% for the third day in a row.

The Illinois Department of Public Health had previously said that when the average positivity rate is between 6.5 and 8%, officials would discuss the additional restrictions.

RELATED: 'He doesn't pay the bills' | Why some Metro East restaurants are ignoring Pritzker's new order