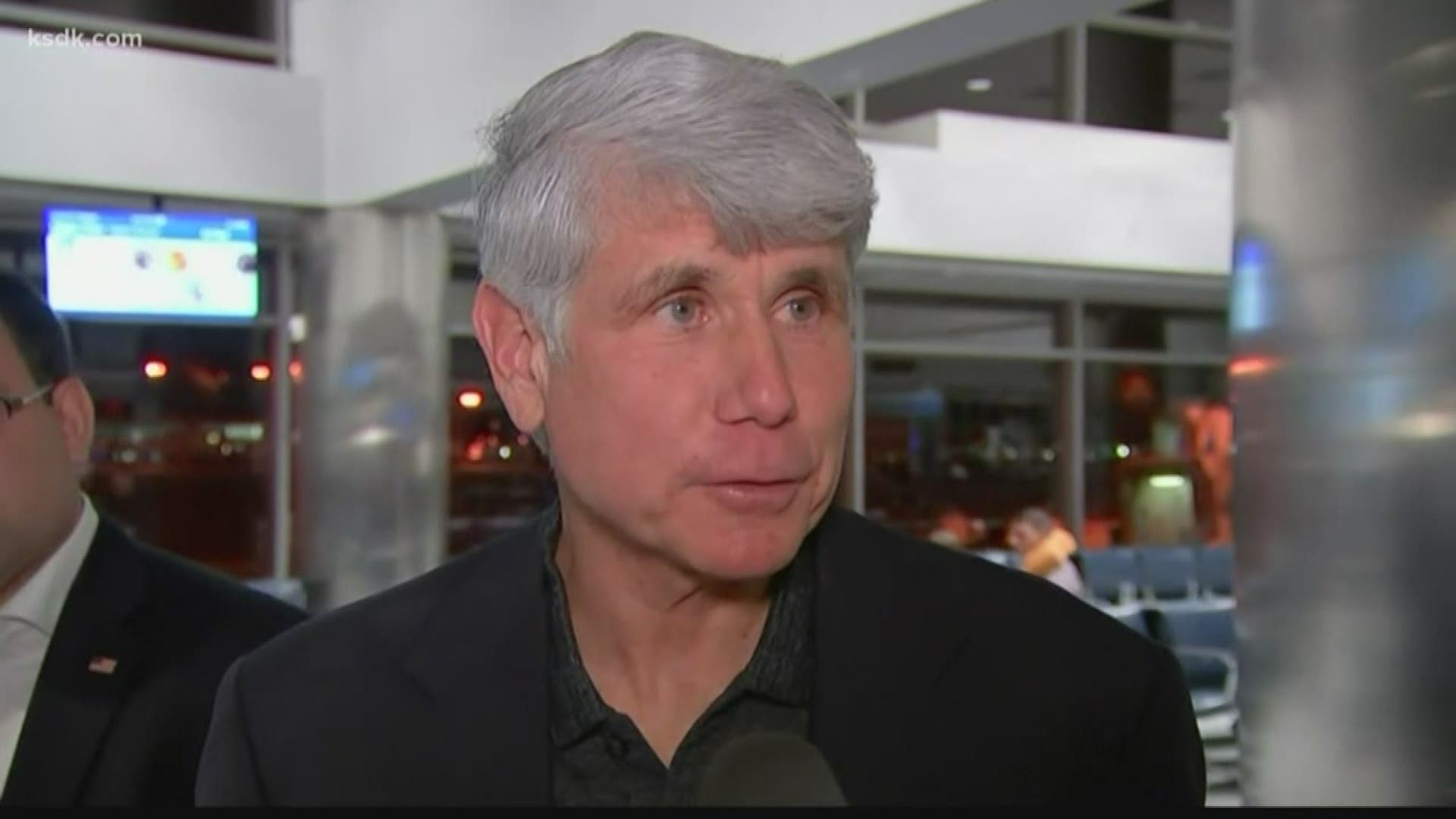 Blagojevich landed at O’Hare airport hours after walking out of a Colorado prison where he served eight years, promising to work for judicial and criminal justice reform while maintaining his innocence.

“I didn’t do the things they said I did and they lied on me,” Blagojevich, a one-time contestant on Trump’s reality TV show “Celebrity Apprentice,” told WGN-TV as he walked through the airport greeting travelers who welcomed him home.

Blagojevich, 63, hails from a state with a long history of pay-to-play schemes. He was convicted in 2011 of crimes that included seeking to sell an appointment to Barack Obama’s old Senate seat and trying to shake down a children’s hospital.

“That was a tremendously powerful, ridiculous sentence in my opinion and in the opinion of many others,” Trump told reporters in Washington.

Blagojevich told WGN-TV he learned of his commutation when other inmates told him they saw it on the news, insisting he “had no inkling it was coming.’’

Trump had said repeatedly in recent years that he was considering taking executive action in Blagojevich’s case, only to back away from the idea.

“I’m profoundly grateful to President Trump and it’s a profound and everlasting gratitude,” Blagojevich told WGN. “He didn’t have to do this, he’s a Republican president and I was a Democratic governor.”

The silver-haired former governor stopped briefly on his porch and said he was happy to be home with his wife and children before disappearing into the house, where he and his family planned a “homecoming press conference” later Wednesday.

Blagojevich was famously fastidious about his dark hair as governor, but it went all white because hair dyes are banned in prison.

Some in Illinois, including the current governor, said Tuesday that setting Blagojevich free was a mistake.

Trump “has abused his pardon power in inexplicable ways to reward his friends and condone corruption, and I deeply believe this pardon sends the wrong message at the wrong time,” Gov. J.B. Pritzker said in a written statement.

“In a state where corrupt, machine-style politics is still all too common, it’s important that those found guilty serve their prison sentence in its entirety,” said the chairman of the Illinois GOP, Tim Schneider.

Trump made clear that he saw similarities between efforts to investigate his own conduct and those who took down Blagojevich.

“It was a prosecution by the same people — Comey, Fitzpatrick, the same group,” Trump said. He was referring to Patrick Fitzgerald, the former U.S. attorney who prosecuted Blagojevich and now represents former FBI Director James Comey, whom Trump fired from the agency in May 2017. Comey was not at the FBI or anywhere in the Department of Justice during the investigation and indictment of Blagojevich.

The Illinois House in January 2009 voted 114-1 to impeach Blagojevich, and the state Senate voted unanimously to remove him, making him the first Illinois governor in history to be removed by lawmakers. He entered prison in March 2012. 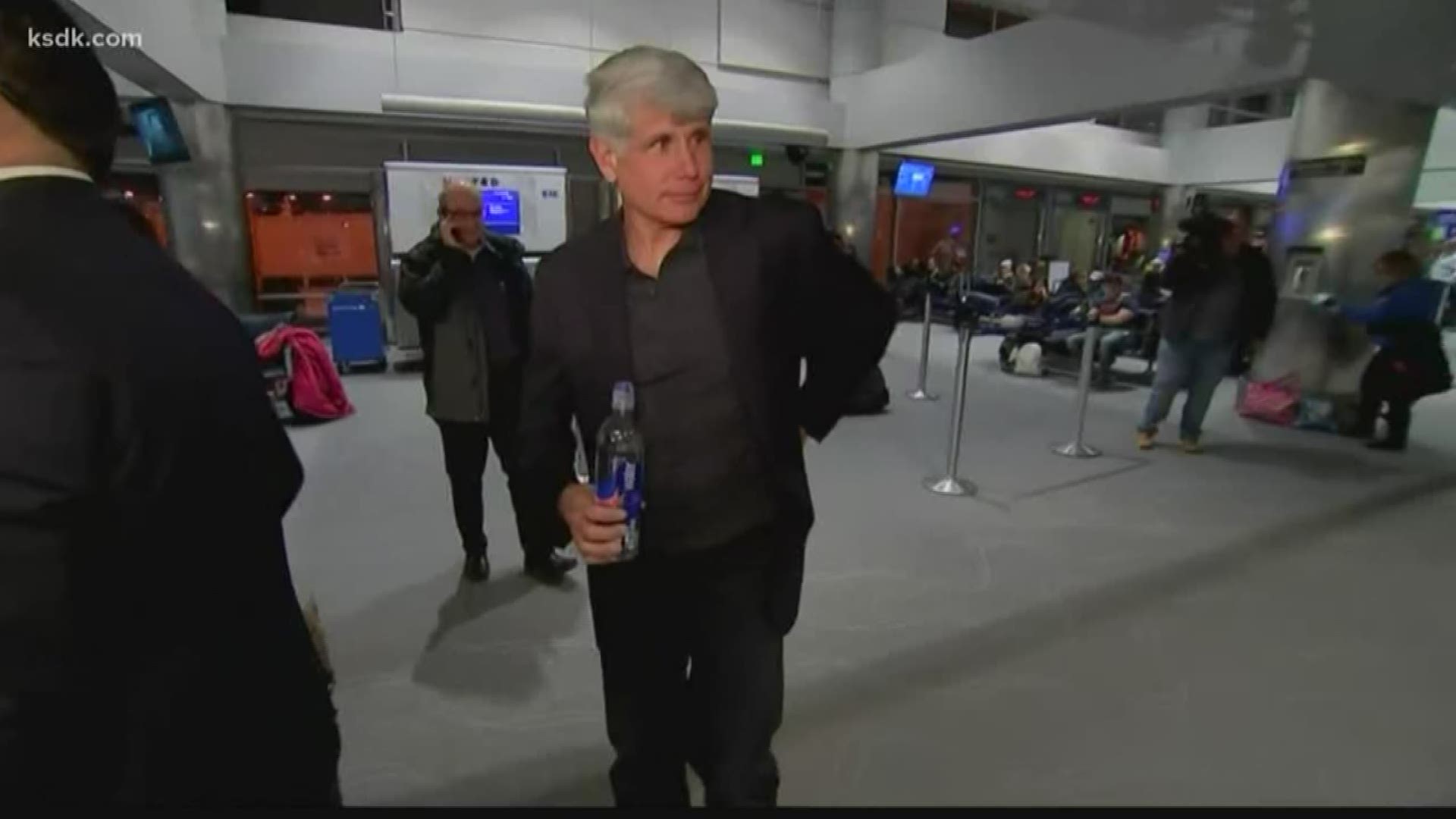 Blagojevich’s wife, Patti, went on a media blitz in 2018 to encourage Trump to step in, praising the president and likening the investigation of her husband to special prosecutor Robert Mueller’s probe into Russian meddling in the 2016 election — a probe Trump long characterized as a “witch hunt.”

Blagojevich’s conviction was notable, even in a state where four of the last 10 governors have gone to prison for corruption. Judge James Zagel — who sentenced Blagojevich to the longest prison term yet for an Illinois politician — said when a governor “goes bad, the fabric of Illinois is torn and disfigured.”

After his Dec. 9, 2008, arrest while still governor, Blagojevich became known for his foul-mouthed rants on wiretaps. On the most notorious recording, he gushed about profiting by naming someone to the seat Obama vacated to become president: “I’ve got this thing and it’s f------ golden. And I’m just not giving it up for f------ nothing.”

Prosecutors have balked at the notion long promoted by Blagojevich that he engaged in common political horse-trading and was a victim of an overzealous U.S. attorney. After Blagojevich’s arrest, Fitzgerald said the governor had gone on “a political corruption crime spree” that would make Abraham Lincoln turn over in his grave.

A joint statement from Fitzgerald and the lead prosecutors at Blagojevich’s trial, none of whom work in the U.S. Attorney’s Office in Chicago anymore, stopped short of criticizing Trump’s decision. But they highlighted the convictions, including for trying to shake down the children’s hospital, saying, “Mr. Blagojevich remains a felon.”

Mueller — a subject of Trump’s derision — was FBI director during the investigation into Blagojevich.

Trump expressed some sympathy for Blagojevich when he appeared on “Celebrity Apprentice” in 2010, before his first corruption trial started. When Trump “fired” Blagojevich as a contestant, he praised him for how he was fighting his criminal case, telling him, “You have a hell of a lot of guts.”

Blagojevich’s first trial ended with the jury unable to reach a verdict, except for a single conviction, for lying to the FBI.

At his second trial in 2011, Blagojevich testified, describing himself as a flawed dreamer grounded in his parents’ working-class values. He sought to humanize himself to counteract the seemingly greedy governor heard on wiretap recordings played in court. He said the hours of FBI recordings were the ramblings of a politician who liked to think out loud.

He was convicted on 18 counts. The 7th U.S. Circuit Court of Appeals in Chicago in 2015 tossed out five of the convictions, including ones in which he offered to appoint someone to a high-paying job in the Senate.

The appeals court ordered the trial judge to resentence Blagojevich but suggested it would be appropriate to hand him the same sentence, given the gravity of the crimes.

“I’ve made a whole bunch of mistakes but I didn’t break any laws,” Blagojevich told ABC 7 Chicago in Denver before boarding his Tuesday night flight. “I crossed no lines. And the things I talked about doing were legal and this was routine politics and the ones who did it are the ones who broke the laws and the ones who frankly should meet and face some accountability.”

RELATED: President Trump calls for case against Roger Stone to be thrown out 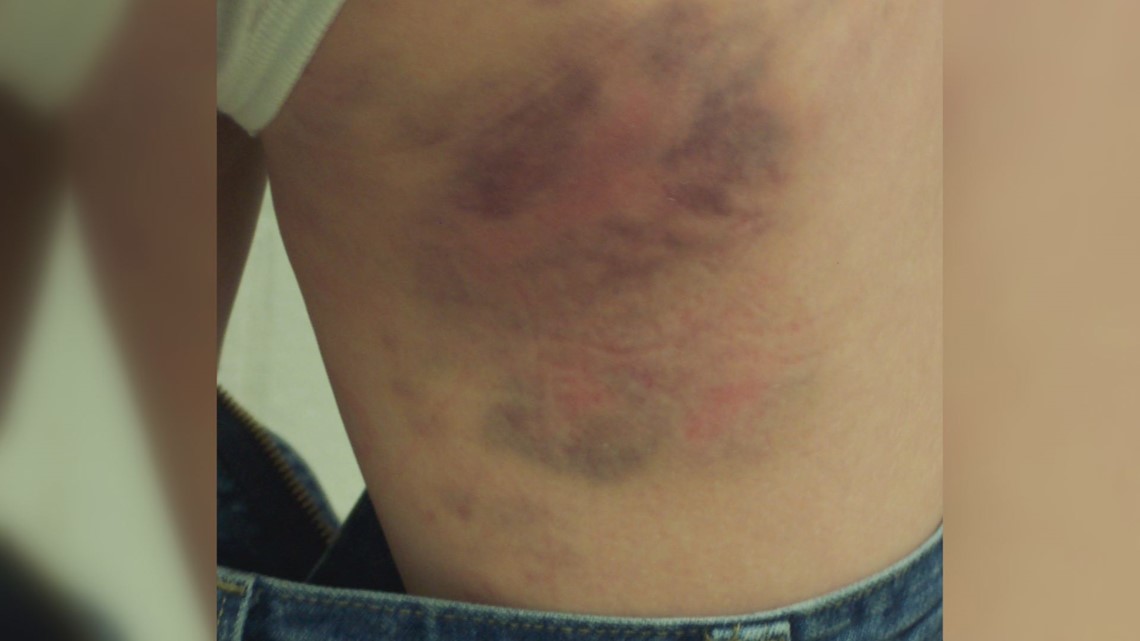 'Abuse in this case was heinous' | Lincoln Co. child abuse case dragged on for 16 years, suspect hasn't faced justice
LINCOLN COUNTY, Mo. - Police thought the disbarred lawyer, who once disappeared for a decade was finally going to serve her sentence in 2014. But, instead the child abuse suspect's case has dragged on for 16 years and she still hasn't faced justice. But 5 On Your Side learned, the saga still isn't over.